Wireless earbuds are maybe one of my favourite inventions of the past decade. They’re portable, efficient and just so much less cumbersome than walking around with two strings of cable dangling from either side of your head. While Apple has made arguably the most iconic iteration of the wireless earbud, the AirPod, that hasn’t stopped competitors from trying their hands at offering up a similar yet cheaper design. Samsung has the excellent Galaxy Buds Live and Huawei has its range of FreeBuds, both of which are excellent substitutes. Now it looks like LG is wading into the fray with its own offering: the LG Tone Free wireless earbuds.

If I’m honest, maybe calling gadgets designed to mainly play music “Tone Free” wasn’t the greatest marketing idea but beyond that hiccup, they seem pretty cool. Hell, they even come equipped with a feature designed specifically for a pandemic-stricken world.

Reading through the press release sent out this morning, one of the big things LG’s pushing with the Tone Free earbuds is the spatial audio system. Using partner company Meridian’s Headphone Spatial Processing (HSP) technology, the Tone Free earbuds come with a series of preset modes designed to appeal to different user’s music tastes and enhance the listening experience based on whatever genre they most enjoy. These preset options can then be further modified with a series of equaliser options available through an app you can install on your mobile device. These presets are: The other cool part of the LG Tone Free wireless earbuds is the UVnano charging case. Not only does the case hold a charge and lets you carry around your earbuds without just having them sit loosely in your pocket, it actually cleans your earbuds too. Equipped with ultraviolet light, the case should, according to LG, kill 99.9% of the germs on your earbuds when you plop them in the case. This UVnano technology is only available on the more expensive models of the earbuds, which we’ll talk about in a second.

In terms of battery life, the LG Tone Free earbuds aren’t terrible either. The case will hold a charge for 18 hours and the earbuds themselves will last for 6 hours on a single charge. A five-minute charge will get you an hour of playback which isn’t too bad either. 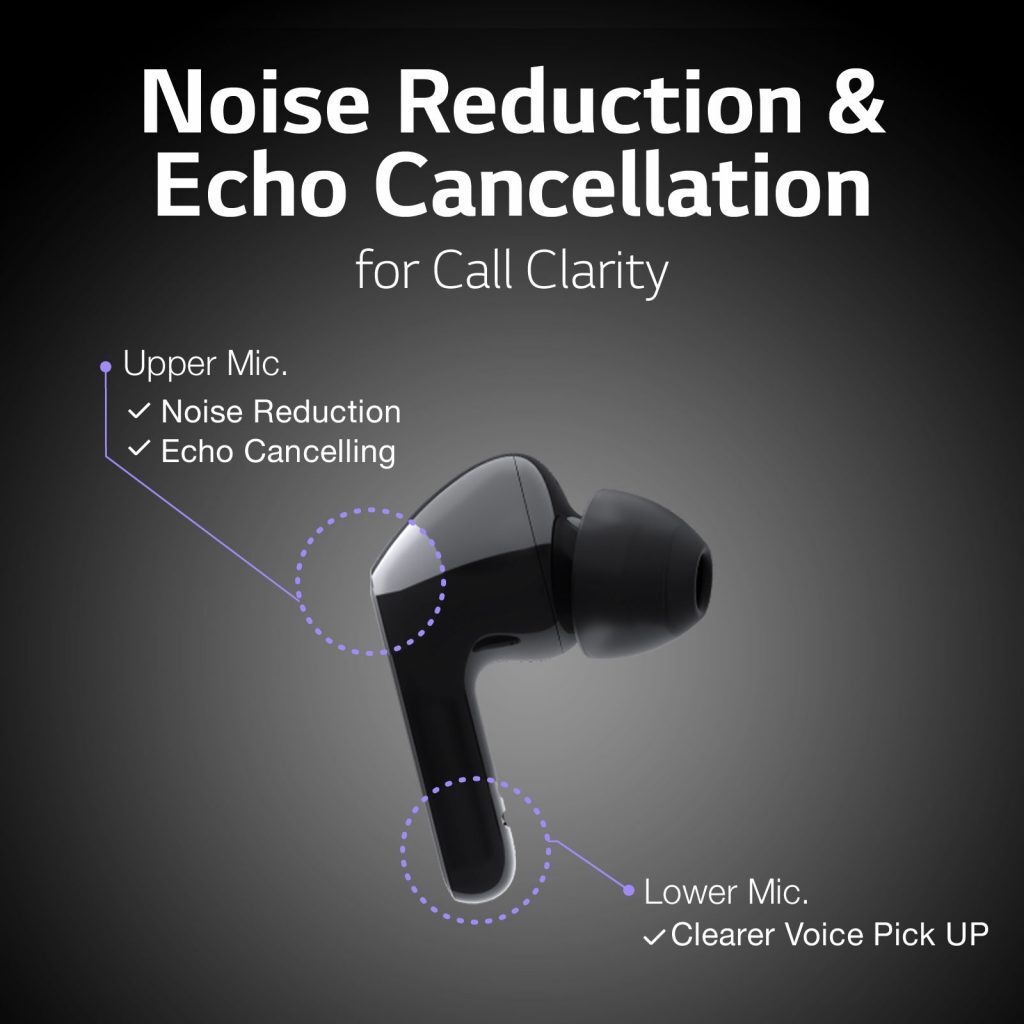 Beyond that, the LG Tone Free earbuds have all the bells and whistles you’d expect from a major tech company’s foray into wireless music gadgets. They’ll come with, “… high-performance dual microphones for maximum call clarity… Noise Reduction and Echo Cancellation… (and) Ambient Sound Mode”. Oh, they also have an IPX4 water resistance rating so you’ll still be able to use them if you’re caught in the rain but maybe don’t take them swimming.

So how much are these going to cost you? Well, there are three variations you can choose from. They include:

What are the differences between those models? Honestly, I have no idea. LG didn’t really go in-depth on what separates them but the FN7, the most expensive of the lot, presumably has some features that justify the more expensive price tag. As noted above, UVnano technology is only available in the FN6 and FN7, so that’s probably one of the reasons those options are more expensive.

All three models of the LG Tone Free wireless earbuds are launching at the end of October meaning they’ll probably be available on LG’s website by the end of the week.