Do you have the stones to back the Moment Pebble on Kickstarter? 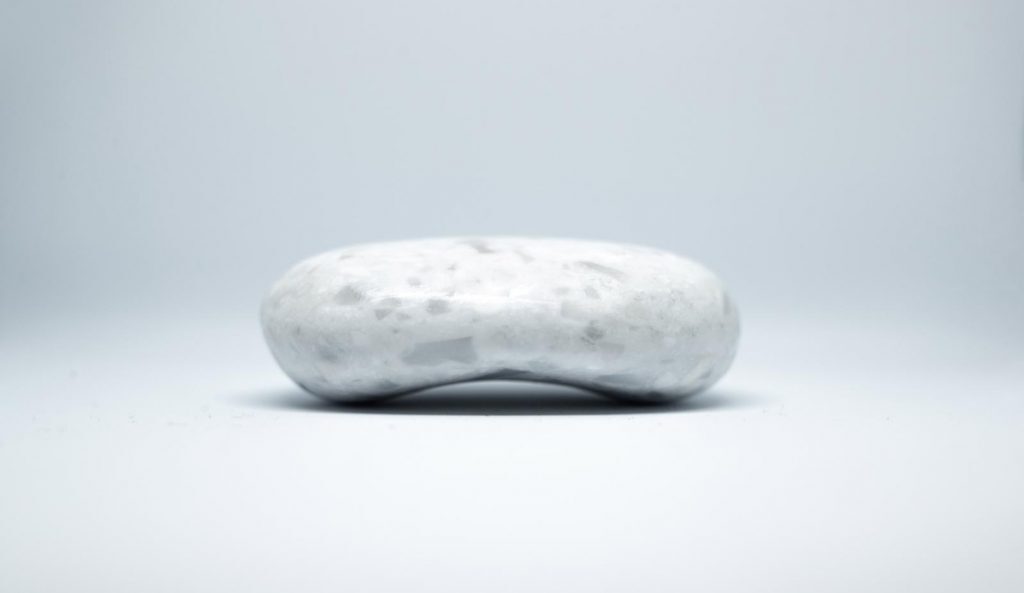 In a world filled with technology, it’s really easy to get caught up in messages, notifications, working from wherever, and just generally being busy. It’s difficult to remember to take some time for yourself but the Moment Pebble hopes to encourage you to do just that. This little gadget might look like the most pointless thing since the Pet Rock (Down Fluffy! Stop hitting the nice man!) but it could be just the break you need from your frantic modern life.

Smart as a… rock?

The Moment Pebble is a very simple gadget. There’s only one control and one real function, though we’re sure you can come up with other uses. As a paperweight, maybe? The Pebble is activated by flipping it over, after which a pulsing LED will guide you through a simple, 30-second breathing exercise. You know, to help alleviate stress and anxiety buildup. We all battle with that. Yes, all of us.

When you’re not following along with the friendly lights, it just sits there on your desk. No doubt reminding you that taking another break to breathe and play with your rock is an option. You don’t really have to check Twitter again — it’s not like your blood pressure can take it anyway.

The Moment Pebble doesn’t use an app or anything else that might contribute to user stress. It’s just you, your rock with a light inside it, and some calm breathing. About the only concession to it being a bit of tech is that the stone charges wirelessly — just like a Galaxy S10, iPhone XS, or a Huawei P30 Pro. We guess you could also do away with the stone altogether and just take frequent mindfulness breaks throughout the day. But if we were all doing that, something like this wouldn’t be as intriguing an idea as it is.

At the moment (heh), the Pebble has secured $31,540 on Kickstarter, out of a desired $51,615. There are just under two weeks for the crowdfunding campaign to run, more than enough time for the mindfulness gadget to be funded. If you’re keen on your own internally-lit stone, you can secure yours for about R650.