A brief visit to the ICON Comics & Games Convention 2017 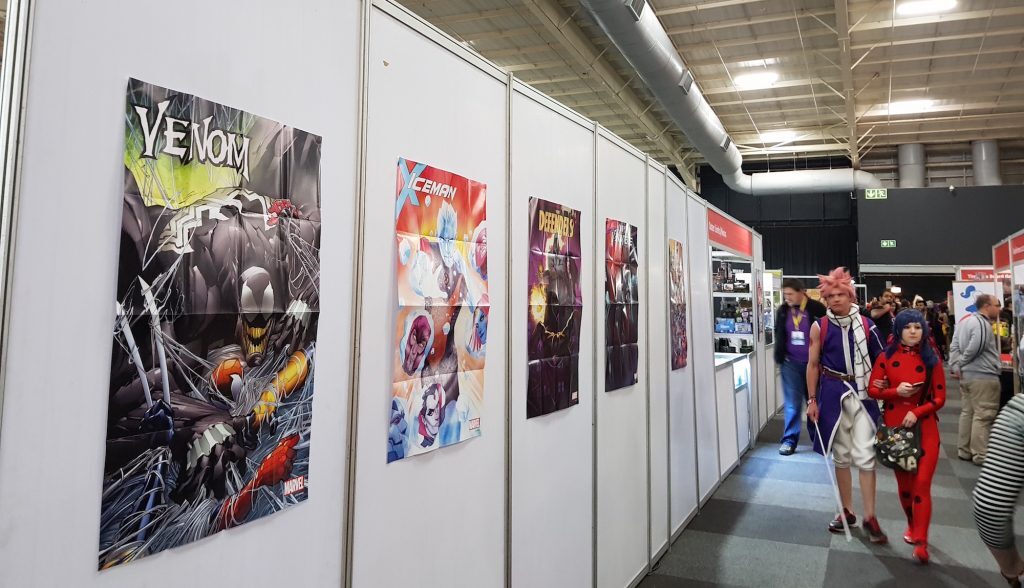 This past weekend turned into an unexpected journey for Stuff, who paid a visit (for the very first time) to ICON 2017, an event which took place at Gallagher Convention Centre over three days on this long weekend.

At this point many of you may be going “ICON who?”

The ICON Comics and Games Convention is a long-running celebration (the event is in its 25th year, making it older than many attendees) of all things geek. Unlike the typical South African event, video games are way down the list of importance. High on the list were professional cosplayer Linda Le (aka Vampy Bit Me), author and game designer James L. Sutter, and a host of local authors, artists (of various stripes), and cosplayers. ICON visitors were also witness to the sight of tabletop games in play, of which Dungeons and Dragons is just the best-known example. Wargaming, trading card game tournaments, and yes, even some competitive video gaming was ongoing. More board games, from the familiar to the arcane, than you can shake a set of oddly-shaped dice at, were available to play or to purchase. Stuff‘s own Rich Mulholland (who was possibly there, now we come to think of it) would have had a field day. We certainly did.

We spent some time touring the floor and taking in a spectacle of geekery the likes of which we haven’t been exposed to in a single session before. The Dome’s annual rAge Gaming Expo might be widely considered to be the home of the nerd and it’s certainly racks up greater attendance numbers (in no small part due to the amount of free stuff being given away) but it has nothing on the passion on show at the ICON Comics & Games Convention.

The exhibitors and attendees, whether they’re in it for the comics (of which there were a massive number), collectible cards, roleplaying games, board games, video games, stories, costumes, writing, themed gear, or just the experience of being there, seemed genuinely pleased to be present around like-minded people. Friends, strangers, coffee, and animals (reps from the Lory Park Zoo and the SA Guide Dogs Association were present with a collection of critters) all mingled into a friendly mass. Prior commitments prevented us from being present on the Friday or the Sunday of the event, which turned out to be far more of a wrench than expected. We’d have stayed for the entire weekend purely for the various panels, which covered the state of cosplay, the use of corsets in same, and how to create custom armour for events like these, all the way up to explorations of fiction writing, creating comics, experiences in YouTube and eSports, and that was just the first day. The talks that we managed to catch, particularly those presented by James Sutter, were worth the price of admission alone.

Long story short — our calendars are set for ICON 2018 already. Even though the dates haven’t even been locked down yet. Turns out we’re bigger geeks than we thought.