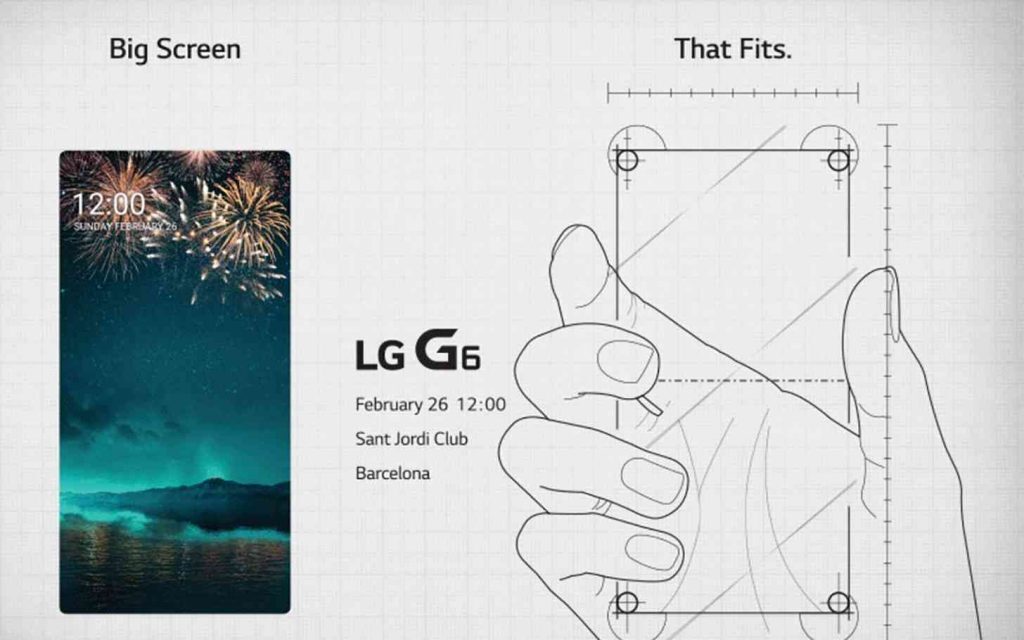 LG is trying to be secretive while teasing some of the features of the upcoming G6 flagship. The invitation for this year’s Mobile World Congress media event drops some hints as to the company’s main focus this year and it doesn’t look modular at all. Instead we can look forward to a “Big Screen” “That Fits”. Whatever that means. And, to be honest, we’ve got a few ideas ahead of the 26 February event in Barcelona.

LG could be talking about that weird aspect ratio that they’re going to have going this year. A QHD+ display would be longer than usual and getting it to fit in a standard form factor might take a touch of doing. And much smaller bezels.

And the invite could also be concealing the apparent changes to the G6’s bodywork for 2017. Image leaks indicate a change in construction, something that is wholly concealed by the invitation’s artwork. Perhaps the company thinks we’ll be surprised by a metal-and-glass LG flagship in a couple of weeks if they just offer us an outline drawing instead of an actual hint. Who knows?

As usual Stuff will be on the ground at MWC in Barcelona. We’ll get you all the updates, as they happen. Stay tuned.