Living the dream – Two Jetmen escort an Emirates A380 in Dubai 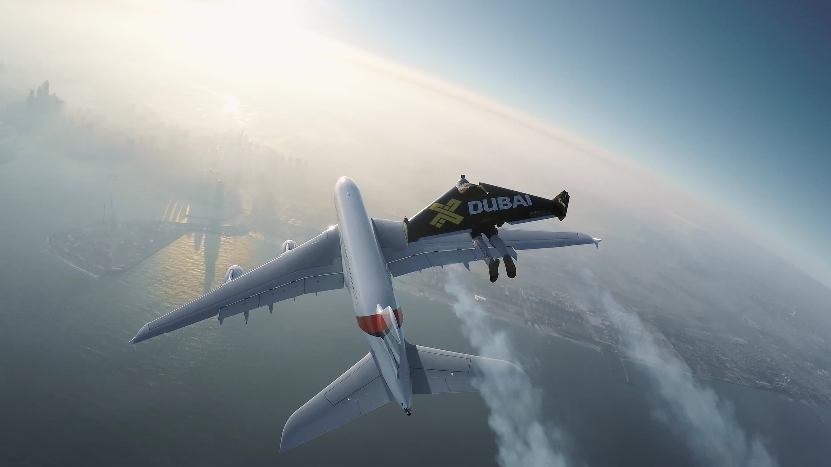 There are two kinds of people in this world – those who dream of flying on their own and those who lie about it. Some people are lucky enough to do it. We’ve see men with jetpacks in the air before and they’re back over the skies of Dubai but this is a bit more extreme than just buzzing skyscrapers.

The two jetmen pilots, Yves Rossy and Vince Reffet, spend some time in the air toying with an Emirates A380 plane, which isn’t as simple as it sounds. They’re each using a small jetpack and they could easily go right into a jet intake if they screen something up. Or, you know, get sucked into the wash and destroyed.

If you keep an eye open, you’ll notice that they don’t ever get that close to the engines. To the wing-tip, yes, as they’re flying in formation, which has to be scary enough for all concerned.

Best of all, you can watch this skilful display in 4K if you have the screen and connection.