By The ConversationSeptember 14, 2015Updated:October 1, 2021No Comments6 Mins Read 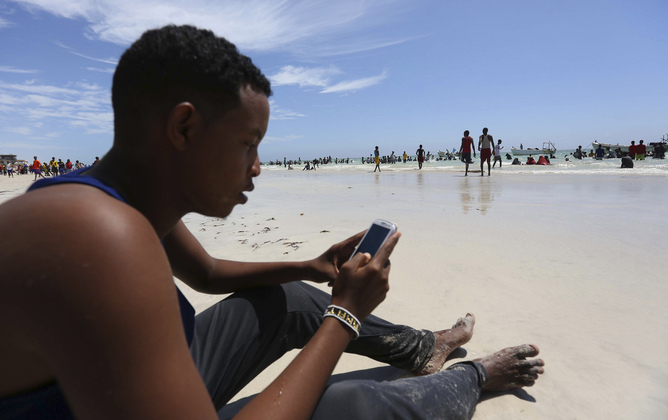 The greatest barrier to extending internet use in South Africa, and indeed in most African countries, is the cost of data.

In South Africa one gigabyte of data on mobile networks – the only means of accessing the internet for most – is R149 (pre-paid). This means that for millions of people in the country data is a luxury.

So when mobile operators start giving some of this valuable commodity for free it warrants attention. From July, the country’s third-largest mobile services provider Cell C started offering some services such as Facebook and Wikipedia for free without paying for the data. In the telecoms industry this is called zero-rating.

This is not the only example of zero-rating in South Africa. In September, the country’s second largest operator MTN announced a dealfor its on-demand internet video service FrontRow. MTN now allows streaming of videos without data charges. This is not insignificant, as an hour-long television programme can use over 300 megabytes of data.

Getting something for free is generally a good thing – at least for MTN Front Row and Cell C customers. And some of the proponents of zero-rating see it as a way of addressing the high data costs for the poor.

Cell C’s free internet services package is the result of a global initiative launched in 2013 by Mark Zuckerberg, the CEO of Facebook, which aims to connect “the next five billion”. Ebele Okobi, Facebook’s London-based head of public policy in Africa, says that zero-rating is a response to a crisis in Africa where growth in internet access and use is far too slow.

But could it also be a bad thing? Yes, it could. Facebook’s initiative has already caused controversy in other countries.

The internet is and has always been a network of networks. Delivering the content and services involves thousands of organisations. They are usually private businesses, in a complex collaboration that allows digital data to travel between the billions of devices that connect to the internet.

One of the internet’s design principles is that carriers of this data don’t discriminate between different messages or content they carry. More than ten years ago the term “network neutrality” was coined to describe this principle.

As a concept, it is older than that. Postal services have embodied similar principles for more than a century and phone services also do. In communication networks, addresses, phone numbers and envelopes are generally treated equally by those who own or control the physical or virtual networks – without discrimination as to the content of the letters or calls, or who sent them.

Zero-rating involves allowing data from some sources to pass through the system without charge while other sources have to pay. MTN is zero-rating its own service. Cell C is zero-rating Facebook and a few others. In both cases, the mobile operators – part of this network of networks that deliver the internet – are breaking with the principle of net neutrality.

In some countries – the US, Chile and the Netherlands for example – this would not be allowed because net neutrality is enshrined in law or regulations.

Even where it has not been regulated, it has been a norm on the internet. This norm is now under attack, often by the telephone and mobile companies that are reluctant to remain the “dumb pipes” carrying content for other providers.

What happens if those who control or own key networks in the internet break with the principle of net neutrality?

There are three things that could happen once the principle is abandoned, all of which should be of concern to internet users.

First, it could lead to a much less diverse and open internet. One of the most obvious features of the internet is its diversity and this rests on the equal access to users that websites share.

Even so, researchers have demonstrated that there may be a powerful “winner-takes-all” tendency online that abandoning net neutrality would only exacerbate. Discriminating between services leaves mobile and fixed-line operators picking winners among internet products and services.

In Nigeria, MTN has a service called GoodyBag, offering customers social networking services in different packages. This discriminates against other similar services and also makes it harder for a new (and possibly better) service to compete.

It’s difficult to imagine that VIDI, for example, a South African video on demand service very similar to MTN’s Front Row, can compete against MTN since it is owned by a media company and not a mobile operator with access to pipes.

Third, it is not difficult to imagine a two-tier internet emerging: the general internet that we have known, remaining available for those that can afford it and an ‘internet-lite’ for the rest with a limited choice of services.

Even so, when we look at the problem from the point of view of an internet user on low income, an affordable “internet-lite” may be better than nothing. Partly because of this, some researchers have argued that rather than worry about net neutrality each case should be looked at separately and judged on its overall impact and benefits.

Free-as-in-beer is not the same as free-as-in-freedom. Affordability is still the major issue facing the internet in South African and other African countries. But the freedoms of the internet – its diversity, plurality and openness – matter also. In the face of significant opposition to internet.org in India, Zuckerberg said:

These two principles – universal connectivity and net neutrality – can and must co-exist.

African regulators and policymakers must manage that co-existence.