You are at:Home»Posts Tagged "Fitbit" By Marce18th May 2020
Fitbit’s apparently going to make ventilators now? The current pandemic is bringing out the good samaritan in everyone, even tech and hardware companies. Fitbit, which was bought by Google late last year, announced that it will start producing ventilators. You know, to fight the good fight and all that. The company chief James Park told
Read More
Reviews We can confirm, with a decent level of certainty, that the Fitbit Versa 2 does what it needs to do… fairly well. It’s not too big, not too small, not too clever, and not too dumb. It lives in a solid middle ground — perfect for someone who’s looking for a fitness tracker with a bit of everything. By Marce4th Nov 2019
Takealot shells out R4 million to customers Even if you don’t really follow global sports events, this weekend was a collective win for South Africa when the Bokke demolished England in the Rugby World Cup Final. It was a particularly big win for around 350 Takealot customers who received full refunds on their Samsung TVs.
Read More
News

The Fitbit Versa 2 launches in South Africa: Here are 6 cool things you can do with it

Fitbit recently introduced its next-gen smartwatch — the Versa 2. It has a brilliant AMOLED display, an always-on option and even more apps. 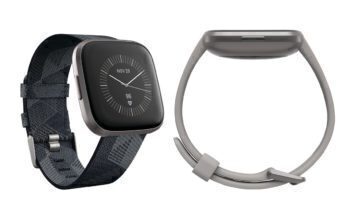 Fitbit’s Versa smartwatch/fitness tracker impressed us right out of the gate, though we were less taken with the sequel. The next entry in the franchise promises to do better, though, as Fitbit’s next Versa has leaked online. The highlight? A new AMOLED display, some design changes, and support for Amazon’s Alexa. Looks like we might have to get that Echo tech after all. We’ve used Fitbit’s Versa for some time, but the company’s since gone and released a stripped-back version of the smartwatch/fitness tracker — that’s the Fitbit Versa Lite Edition to you. The new wearable loses a fair few functions but that means that the price is right. On paper, at least. The RRP for the Versa Lite Edition is lower than the Versa’s RRP — not that it matters all that much. Let’s celebrate our dads more: Give the gift of wellness this Father’s Day

Fitbit surveyed a selection of its users internationally to find out how fitness could fit into parents’ busy schedules, and how they could take better advantage of their time with their children to improve their fitness at the same time. Fitbit has announced four new products, including a smartwatch, two bands and a new fitness tracker for children. Fitbit Charge 3 review: No need to charge this Charge a lot