Get ready to have your packages delivered on time, because Amazon is reportedly looking to bring its own marketplace to… Amazon Echos can be told to go hack themselves

You know those virtual ‘friends’ you have at home? That one you call ‘Alexa’. Well, like those other friends who… By Brad LangDecember 21, 20200
If your Cyberpunk 2077 save file is too big, you might lose it Another week, another bit of news regarding CD Projekt Red's Cyberpunk 2077 being an absolute mess. The game was released in such a poor state that Sony recently pulled the game from its PlayStation Store, while offering refunds to anyone who wanted one. One More than 200m homes now have a smart speaker providing voice-controlled access to the internet, according to one global estimate. Add… Just like HAL, your voice assistant isn’t working for you even if it feels like it is

Of all the fictional virtual assistants we know from pop culture, few stand up to the original and perhaps most famous: the HAL 9000 from the 1968 Stanley Kubrick film 2001: A Space Odyssey.

We should probably be thankful for that. After all, Alexa may shut your lights off, but she won’t turn against you and wreak havoc on your life. Or will she? 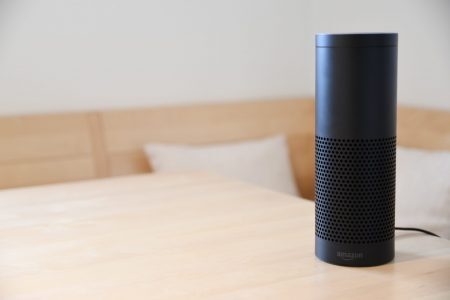 Amazon finally answers how many Alexa devices have been sold

Amazon has finally revealed how many Alexa devices have been sold, handing out the figure before the Consumer Electronics Show… Your home digital assistant is always listening. But is it always offering you the best content, the cheapest deals, and… By Brett VenterOctober 7, 20180
Microsoft pulls October Windows 10 update after it (apparently) kills some user's documents Windows 10 is supposed to be the last operating system that you'll ever need, with Microsoft supporting it and changing it over time rather than releasing a whole new OS. Which is great, except that sometimes things go wrong -- even with Is there an Echo in here? Amazon has announced a whole list of new smart tech

Amazon isn’t normally one for surprises, but last night the online shopping juggernaut dropped the details on a whole lot…