There are a few ways to get a Lego set made. Either the brick company decides it’s a good idea, or someone pays for a license. Then there’s Lego Ideas, which lets fans come up with concepts. These are put to a vote. That’s how this Starry Night set, based on the artwork by Vincent van Gogh, came into being.

The real Starry Night currently hangs in the Museum of Modern Art (MOMA) in New York. This replica, the brainchild of one Truman Cheng, was developed by Lego with the assistance of the museum. It’ll probably hand on your wall, since it ship with a hook for that exact purpose.

Lego, but make it art

Lego used a few techniques to capture the feel of the original artwork. Bricks are stacked on top of each other to emphasise details in the sky, like the moon and the stars. The famous cloud swirl uses different coloured bricks to mimic brush strokes. It’s not exactly a duplication of van Gogh’s methods, but it gives the ‘canvas’ a sense of depth.

The gorgeous 2,316-piece set also includes a Lego minifig of van Gogh himself, complete with a paintbrush and a mini-version of the Starry Night painting on an easel. Van Gogh painted the view from his window in 1889 in Saint-Rémy, France. At the time, he was a (voluntary) asylum resident, shortly after having lopped off his own ear. Lego’s mini-figure… doesn’t go into that much detail. 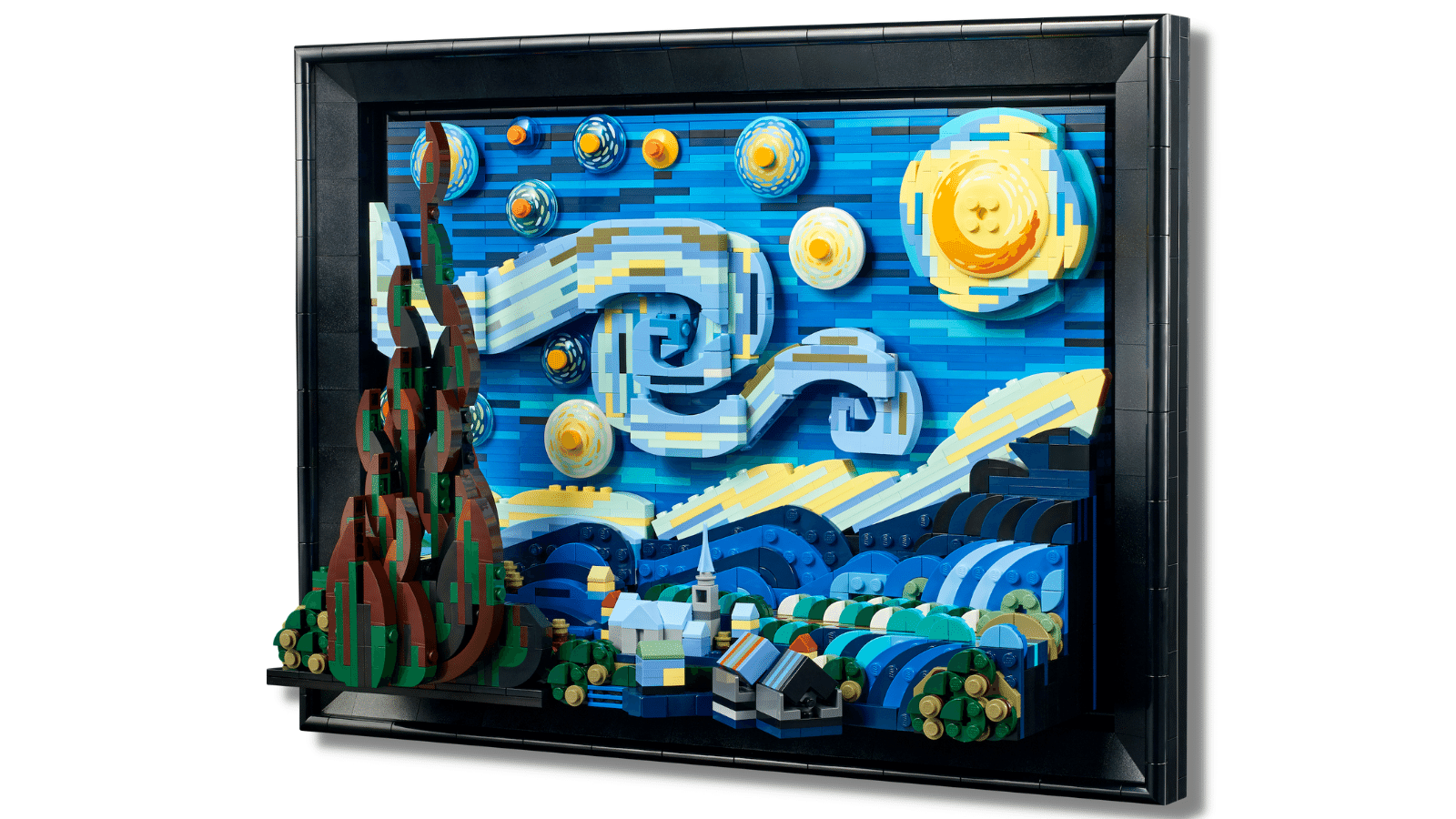 The Starry Night Lego Set was designed by 25-year-old Truman Cheng, a PhD student from Hong Kong. Cheng submitted the concept through the Lego Ideas platform. The Ideas platform is responsible for several unusual sets. Central Perk (from TV show Friends), a Fender Stratocaster, and the International Space Station are just a few examples. Fans vote on submitted Ideas sets. Those that do well enough are brought to life. And put on sale. Since Lego Ideas launched in 2008,  41 sets have been chosen for production.

This artistic take on a Lego set goes on sale a little early for the brand’s VIP members (and folks connected to the Museum of Modern Art). 1 June is the official retail launch date, where you’ll be able to collect your bit of buildable art for R3,000 here in South Africa. Unless you’re a VIP member. In that case, you can scoop yours on 25 May.