Flash drives, on the excitement scale, sit just a little above printers. They are, for the most part, boring. Unless you’re the sort who gets excited about data transfer rates, it’s usually capacity upgrades that hold the most attention. Space. That’s people getting excited about empty space. The folks from NexCopy reckon they might have something worth raising your pulse about, though. They might even have a point.

NexCopy, if you’re not familiar with them, spends most of its time making flash drives for businesses. Those cheap-ish flash drives, purchased in bulk? Yeah, they make the machines that make it possible to copy up to 60 flash drives at once. But that’s not all the company does.

NexCopy sent Stuff three of its flash drive products. They look, at first glance, like your typical USB stick. There’s nothing complicated about them. But the trio each has one special function. The Disc License drive basically lets you copy an ISO file to it. When it’s copied, the flash drive behaves like an optical drive. Remember those? Instead of going to all the trouble of mounting an ISO file on a virtual drive and hoping like hell you have everything right, it’s a plug-and-play option that shows up looking like an optical drive.

Then there’s the Lock License drive. This one’s also fairly uncomplicated. Once you’ve copied items to the drive, using a proprietary program from NexCopy, they’re there until you use the program to delete them. Or until you burn, break, or lose the drive itself. Hey, no technology is perfect.

Then there’s the Copy Secure drive. This is the headliner, the features of which we’ll go into in a moment. For now, let’s see how the first two comported themselves.

Two out of three isn’t bad

The Disc License and Lock License drives do exactly what they claim to. It’s possible to load up to three ISO images at once to the Disc License and have them act as three different virtual drives. We can see how this would benefit a network technician, but we daresay that the average person might find them useful as well.

The Lock License does indeed stop the contents of the drive from being deleted. We tried several methods of deletion and formatting, going so far as to try and wipe the drive on startup using a command-line interface. Nothing worked. The copy-protection seems to be baked in at a hardware level. You can get rid of the files if you use the software interface or with a hammer. That’s about it.

NexCopy’s big boy is all talk Then we get to the Copy Secure flash drive. This one is supposed to be something special. See, you use NexCopy’s proprietary software, which was last fashionable right about the time Windows 2000 came out, to copy files onto the drive. The point is that it’s supposed to generate a viewer that keeps the files safe. They can’t be copied, you can’t take screenshots, and the files (and sensitive company information contained therein) should be secure. You can send it around to customers and suppliers, secure in the knowledge that they can’t steal your work. In theory.

In practise, though, we found that the Copy Secure flash drive is fairly simple to mess with. On a Windows system, the viewer is more or less secure. You can’t copy or delete the files. But screenshots? Yeah, those can be taken. It’s just a question of being faster than the container is able to respond. Taking a standard screenshot will often let you save the screencap before the program deletes it. Copy Secure tries. It certainly tries. But it’s outwitted, at least in this department.

On the Mac, the container is even more simple to bypass. We used video, PDF, and .doc files for testing. The video and PDF are safe from copying. The .doc file just let us save it to the desktop, under the same name. As for screenshot protection, that was incredibly easy to bypass. MacOS does it automatically. The NexCopy viewer has to ask for permission before it’s allowed to delete the screenshots you’re attempting to take. If you deny it that permission, then the screengrab is saved. It’s hardly secure.

NexCopy’s drives are… interesting. A load of work has obviously gone into them, but they’re aimed squarely at the business market. Hobbyists can get similar results from free software, like VeraCrypt. That software, and others like it, lets you encrypt a standard flash drive for a similar level of security. It’s about as secure as well.

But if you’re in the market for upwards of twenty of these things, then NexCopy’s drives start to look more attractive. There’s far less setup and the file protection is enabled at a hardware level. That’s not something you’ll get from a Sandisk product. But it’s also not as secure as it makes itself out to be. If you’re facing the completely technologically ignorant, then yes, your content is secure. But anyone who knows how to screencap using a keyboard shortcut will probably be able to snag that PowerPoint presentation you need to keep a secret for some reason. It’ll take a little while, but it’s definitely stealable. 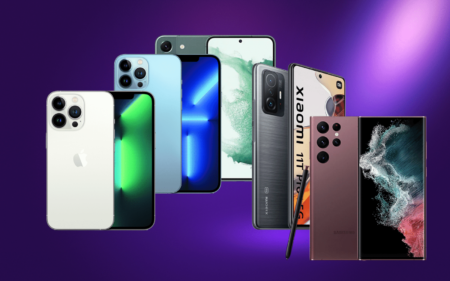