We can’t in good conscience recommend the Nova Y9a to most folks when higher specced devices can be had for the same price. Unless you're already familiar with how Huawei is doing things now, you're better off picking up something that Google is still friends with.

The Huawei Nova Y9a isn’t particularly new and it doesn’t offer anything particularly unique or interesting to talk about. It was originally released in September 2020 in other parts of the world but only found its way to South Africa this year.

It is officially priced at R6,500 but, depending on where you look, you should be able to find it for less. And just as well. At R6,500 it’s competing with the likes of Xiaomi’s Redmi Note 11 Pro. That device doesn’t have to find workarounds to not having Google Mobile Services (GMS) and ships with up-to-date tech, making for a very uneven contest.

That said, the Nova Y9a isn’t a terrible device. It certainly has its place. Doubtless a few odd people will like what Huawei has to offer. The Nova Y9a is built around a 6.63in notchless IPS LCD display. Yes, that’s right. No notch. Not that it makes much difference. Without the notch, it still only manages close to an 85% screen-to-body ratio so you’ll only really notice the extra few pixels when you’re consuming content. Even then, you probably won’t notice much.

This is targeted at the lower end of the mid-range market so we couldn’t expect an OLED display. But other companies have managed to provide one at this price point. So what gives, Huawei?

Being an LCD it does get brighter than an OLED would. But that comes at the cost of contrast ratio. Blacks tend to look a little washed out, but we’ve also seen worse smartphone displays.

Something Huawei manages to get right with almost every smartphone is the premium ‘feel’. It isn’t premium, but it feels like it is. This one, like others in the Nova series, feels good in your hand. That’s thanks to the curved rear edges and overall thin profile, not to mention the overall construction. Which we’ve just mentioned. Dammit.

There’s a fingerprint reader/power button combo and volume rocker on the right, a USB-C port and speaker along the bottom, and a 3.5mm headphone jack and hidden camera module up top. Are we going in circles?

With this being a 2020 device, you can expect 2020 levels of performance. That isn’t to say it’s slow. The Mediatek Helio G80 does its best to hold up when faced with a workload from a self-described power user. Just don’t expect to crank up the settings in games… at all.

South Africa is only receiving one storage/memory option. The 128GB ROM and 8GB of RAM version. That storage is expandable but only up to 256GB using the shared SIM slot. Which should be fine. If you need more storage than that on your phone, we have questions.

For power, you’re drawing from a 4,200mAh battery. Huawei has put in some work to ensure that it’ll get you through most of the day. If it doesn’t, you do get a 40W fast charger in the box. That might not be as much as the 66W found in other Nova devices but it’s faster than Samsung’s flagship Galaxy range. Suck it, Samsung.

We should have been there by now… 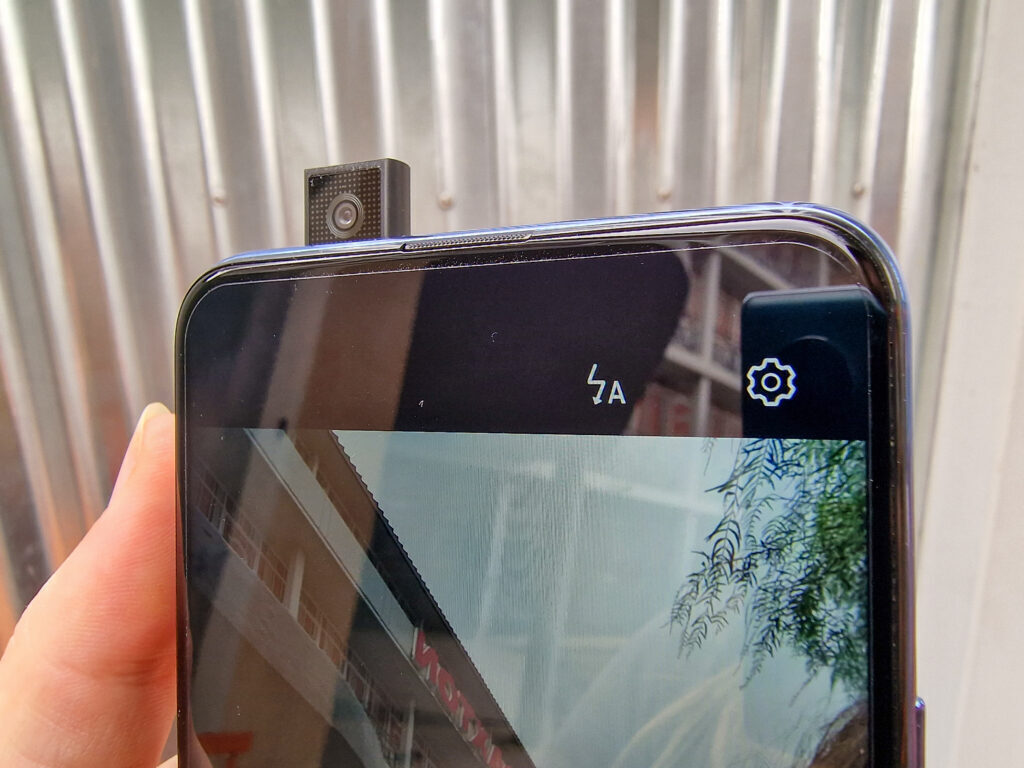 In the circular camera module on the back, you’ll find four sensors with which to snap your pics, aside from the motorised 16MP selfie camera that lives inside the top edge. That one only pops out when you want to snap a pic. The rest of the time it just sits there. Waiting. As is customary with these motorised cameras, it will retract if it senses a drop.

As for actual photography, if you’re using the main 64MP sensor and are outside with plenty of good lighting, the pictures will look fine. Good, even. If you find yourself in any other lighting scenario, maybe just take a mental image. It’ll probably look better. The rest of the module is made up of an 8MP ultrawide, 2MP macro, and 2MP depth sensor. None of these stand out as spectacular and all offer just enough to justify their inclusion.

We will admit we did feel ever-so-slightly cool when the selfie cam whirred up from its slumber. The angle the lens catches is slightly wider than most, which is also nice. We aren’t big fans of the baked-in beautify mode though. Even when turned all the way down, you can’t escape the smoothing. If you’re just plannig to post to Instagram, then this won’t matter that much.

The omission of any 60fps video capabilities is disappointing. You only have the option of 4K or 1080p at 30fps. This isn’t that bad, depending on who you ask. There are those that believe 30fps to be the one true refresh rate. To them, we say, ‘Sure, but having a choice is better’.

We’ve definitely been here before The last thing to note about the Nova Y9a is that, like its brethren in the Nova series (and every Huawei phone and tablet released since 2019), it does not ship with any Google Mobile Services functionality. Huawei has done its best to make up for that with HMS (Hauwei Mobile Services) but it takes some getting used to. Especially if you aren’t technologically inclined. The App Gallery offers almost all the same functionality as Google’s Play Store. We didn’t come across any app that we needed to use but couldn’t.

With some apps, like Huawei’s take on Maps or the email client, we figured our way through them but they do work slightly differently from Google’s offerings. For some consumers, setting it up and getting used to it might be a step too far.

We can’t in good conscience recommend the Nova Y9a to most people when newer, higher specced devices can be had for the same price. If you’ve already had a GMS-less Huawei and know your way around EMUI, or are a fan of the design language then sure, the Nova Y9a might be for you. For everyone else, there’s a different smartphone. A faster smartphone. A better smartphone, even.