How to use Spotify as your local music player With over 70 million songs in its library, Spotify is bound to have at least one song that’ll appeal to almost every taste imaginable. But most people listen to more than one song.

We’re also pretty sure there are a lot more than 70 million songs out in the wild. That mixtape your Soundcloud rapper cousin has been begging you to play, for example. Or the countless bootleg remixes and alternate recordings from a live performance. Or maybe your favourite artist is boycotting Spotify and removed all their music from the platform. What do you do then?

Well, if you’re that Soundcloud rapper cousin and think you deserve a promotion to the big leagues — or have everyone else think you’ve made it — or if you just want to play music downloaded from… other ‘sources’…, you’re in luck. Spotify’s app allows users to include local files in their library. Here’s how to go about setting it all up.

If you’re on Desktop: 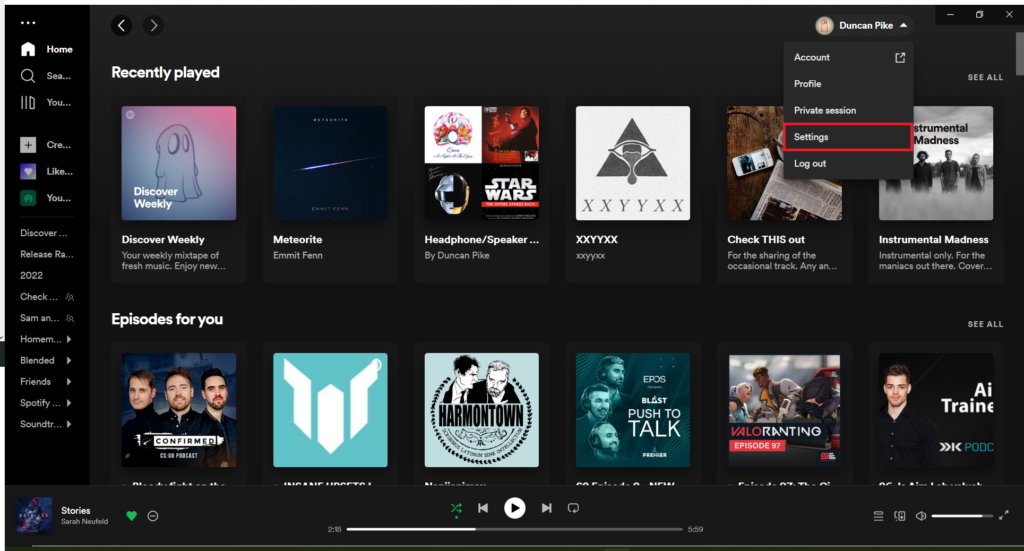 From the home page, look to the top right.  Next to your profile name you should see a dropdown arrow. Click that and head to Settings. In the settings menu, scroll down until you see the Local Files option (in red). Toggle that to ‘on’ to show local files.

While you’re here, you might as well do yourself and everyone you subject to your music a favour and uncheck Normalise Volume (in blue). By default, it’ll add your Downloads and Music Library folders as sources. If you store your music elsewhere, you can add other sources using the Add a Source button. Ah, the wonders of technology. Now, if click on Your Library in the left sidebar you should see a Local Files folder. In there is where you’ll find all the local files you’ve added.

If you’re on Spotify’s app:

On mobile, the process is much the same. Open the app and tap the cog in the top right. Scroll down all the way to the bottom. You should see the Local Files option. Once toggled on, if you head back to Your Library you should see any and all audio files stored locally on your device.

Fair warning — this looks for audio files anywhere it can. So you might also get three-year-old voice notes stored by WhatsApp. It might be a good idea to create a playlist on your device and add local songs to it so you can access them easily without having to wade through hundreds of voice notes. You probably don’t want one of those finding its way into your queue.

While the Spotify app on desktop and mobile does support playback for lossless FLAC files stored locally, you could run into problems if you want to play one of them across devices. They tend to… misbehave. You can avoid that by having copies of these files on both devices.

If you’re only dealing with mp3 files (on desktop )and you have a Premium account and want to listen to them on your mobile device, you can add them to a playlist and download that to your device. It’s not a completely foolproof plan and other platforms might perform better in this regard. But this is the Spotify way.