One of Twitter’s biggest critics, and most controversial tweeters, is now its largest shareholder. Elon Musk’s 9.2% stake is worth $2.9 billion today, pushing the social platform’s shares to rise by 30%.

After rumours — based on his tweets — that Musk was perhaps going to start his own social media platform, he opted instead to buy into Twitter.

Last month he tweeted: “Free speech is essential to a functioning democracy.” He asked his 80-million Twitter followers: “Do you believe Twitter rigorously adheres to this principle?” About 70% of the two-million people who answered voted “no”.

The next day, he tweeted: “Given that Twitter serves as the de facto public town square, failing to adhere to free speech principles fundamentally undermines democracy. What should be done? Is a new platform needed?” One of his followers replied: “Just buy Twitter.”

Last year Musk asked his followers if he should sell 10% of his Tesla stock, then sold $14.1bn in shares to pay an outstanding tax bill. It was Muskian showmanship. He had to pay his taxes according to a pre-arranged plan that he did not share with his Twitter followers.

Musk’s controversial tweets have seen him fined $20m (Tesla another $20m) over a joke that fell flat over weed culture. He won a defamation case in 2019 against British diver Vernon Unsworth, who he called “pedo guy” on Twitter while Unsworth was helping with the 2018 rescue of children trapped in a cave in Thailand. It was a low blow against Unsworth, who played an important role in saving the children.

Last month, Musk, clearly being sarcastic, challenged the Russian president to a one-on-one fight: “I hereby challenge Vladimir Putin to single combat. Stakes are Ukraine.” He followed up with another tweet, to the Russian presidency’s Twitter account: “Do you agree to this fight?” The Financial Times  commented: “Elon Musk’s tweets are a bad joke.”

Musk is clearly having fun. He has said his Twitter shareholding will be passive, but few analysts believe him. “I think he intends to go active and force change at Twitter. This is a shot across the bows,” said Dan Ives, an analyst at Wedbush Securities. Sure enough, a day later it was announced Musk was joining Twitter’s board.

Becoming the largest shareholder of “the front page of news” is another accolade for the Pretoria-born genius, whose fortune grew from $110 billion to  $287 billion last year, according to Forbes and the Bloomberg billionaires index. This was because Tesla’s valuation crossed the $1-trillion mark. It was another purple patch for Musk, whose wealth has soared as much as his achievements.

When Putin invaded Ukraine, jeopardising the US-Russian work on the International Space Station, the head of the Russian space agency, Dmitry Rogozin, said it would no longer be supplied by Soyuz rockets: “Let them fly on something else, their broomsticks. I don’t know what.”

Luckily, last year Musk’s SpaceX handled the first US flights for Nasa astronauts since the space shuttle was retired a few years ago. Musk also sent his Starlink receivers into Ukraine to help with internet connectivity from the low-orbiting satellites. This signal is reportedly being used by Ukrainian drones to target, with devastating effect, Russia’s armoured columns. Musk’s offer to send more Starlink base stations was made on Twitter.

A new biography of Musk, written by a fellow Pretoria Boys’ High old boy Michael Vlismas, spells out his philosophy. “The internet — that was the moment to really do something,” Vlismas quotes Musk on his decision to start his first company, Zip2 and seemingly why he now wants to be on the board of Twitter whose “free speech principles” he takes issue with.

“My goal is to make useful things, try to maximise the probability that the future is good, make the future exciting, something to look forward to,” Musk has said.

Vlismas, who spoke to Musk’s childhood friends and his father, Errol, provides great detail about his youth, including horrendous bullying at Bryanston High that put him in hospital for two weeks, before his father sent him to school in Pretoria.

The book, due to be published in June, quotes Musk’s business rationale, expressed in a 1999 interview with Salon: “Actually, I’ve found that being an outsider helps you to think creatively about improving the way things are done. When people have been doing things the same way for years, they stop questioning their methods, even if they defy common sense.”

Vlismas writes that Musk shows “an intense love for all that humanity represents.”

“Whether it’s creating the best user experience to find your nearest pizza place, building a user-friendly payment system, creating electric cars that are actually beautiful or building rockets that will ultimately help humanity find another home and preserve the consciousness he believes is so precious and rare, Musk has always been driven to be useful.” 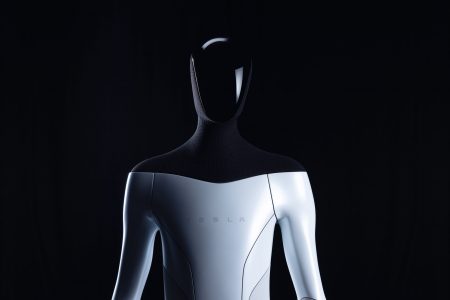