It might be that COVID is winding down, but for the folks at E3, it’s not over yet. At least, that’s the reason the Entertainment Software Association (ESA) is giving for suspending a physical Electronic Entertainment Expo for the third year running.

First confirmed to VentureBeat, the ESA says that it’s suspending a physical E3 event in 2022, “[d]ue to the ongoing health risks surrounding COVID-19 and its potential impact on the safety of exhibitors and attendees.” But not everybody thinks this is the case.

Reporter and analyst Mike Futter doesn’t agree with the ESA’s announcement, calling it “spin”. Futter claims the physical version of E3 was canned back in November 2021. “I heard from sources in mid-November, before Omicron’s emergence at the end of that month that the ESA had abandoned their dates for the LACC,” he said.

It’s possible that COVID drove the final nail into an already closing coffin for the event. E3 has been on the decline for a while. Nintendo has operated separately for some time. Sony pulled out of 2020’s event before it was hammered by COVID.

Everything going online seems to have, largely, worked out for most companies. It’s possible the ESA is having trouble convincing exhibitors to return to a group physical event. If entities like Electronic Arts, Microsoft, and Ubisoft are seeing the same (or greater) response from solo events, it makes little sense to hand the ESA money for a physical E3. A digital version, with far less overhead, is more attractive purely in financial terms.

But that does mean that a former gaming highlight for the year might be gone for good. E3 in its heyday was… something that had to be experienced first-hand. The ESA’s announcement, now, might be the company getting ahead of just this speculation. Or maybe they’re actually concerned with the progress of COVID-19’s Omicron variant, which hasn’t appeared quite as serious as other strains. The World Health Organisation, as recently as this week, is still warning about Omicron. So maybe we’re being overly suspicious of the ESA. Maybe, but probably not. 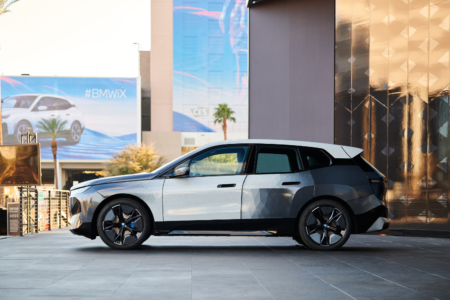 This BMW iX Flow concept can change colour on command