It’s probably one of the most well-known icons in the motoring world — the Mini Hatch is back this year, and it brings with it all the tiny-car nostalgia, but with a few updates. It is 2021, after all — some tech upgrades were on the cards, surely. Meet the new Mini 3-door and 5-door Hatches, including the S-variations.

From afar, the exterior is quintessential Mini, but on a closer look, there are a few tweaks that both change ‘em a bit and make ‘em more Mini. The characteristic radiator grille is larger, features an aesthetic hexagonal design, while bracketing the honeycomb you’ll find those beady Mini headlights. One of the coolest updates around the outside, however, is the new gradient-design top called the Multitone Roof. It’s a unique feature that makes sense on a car small enough to let drivers actually see the roof on a regular basis.

There are different colour variations for the body as well, from San Marino Blue to Pearly Aqua and Jet Black. Each actually features three colour shades that are applied one after the other in a wet-on-wet painting process. Whatever the process, it looks really cool and is available on all of the brand’s new Hatches. What’s a new outfit without new shoes? Mini offers a few new wheel options, including a black 17in Pedal Spoke option and 18in light-alloy wheels in Pulse Spoke design, with a concentric bi-colour look that creates particularly cool effects while in motion.

It doesn’t only look like our favourite little British car, it also drives like a real city vehicle. It features snappy response, good fuel economy and enough power to zoom through to adjacent cities without a care in the world.

Both feature new TwinPower Turbo engines in a few variations. There are two 3-cylinder 1.5-litre engines available, in either 75kW or 100kW. Our favourite, however, was the 2.0-litre 4-cylinder engine that generated a maximum output of 141 kW in the Cooper S we had the pleasure of testing. 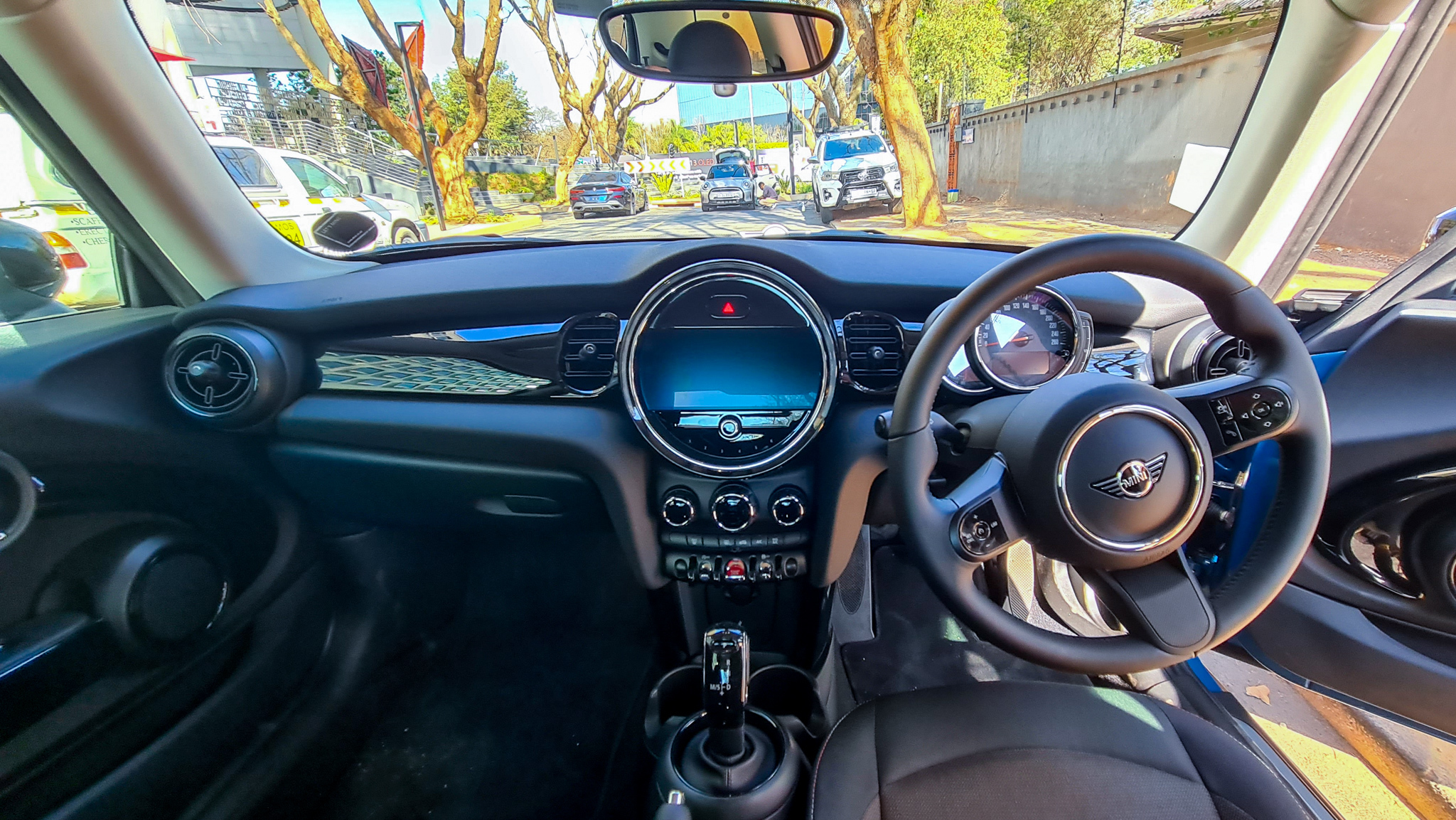 All of them come standard with a 7-speed automatic transmission and double clutch. You’ll also find the inside equipped with Mini’s custom infotainment system, where the S-models pack a few more features including built-in navigation.