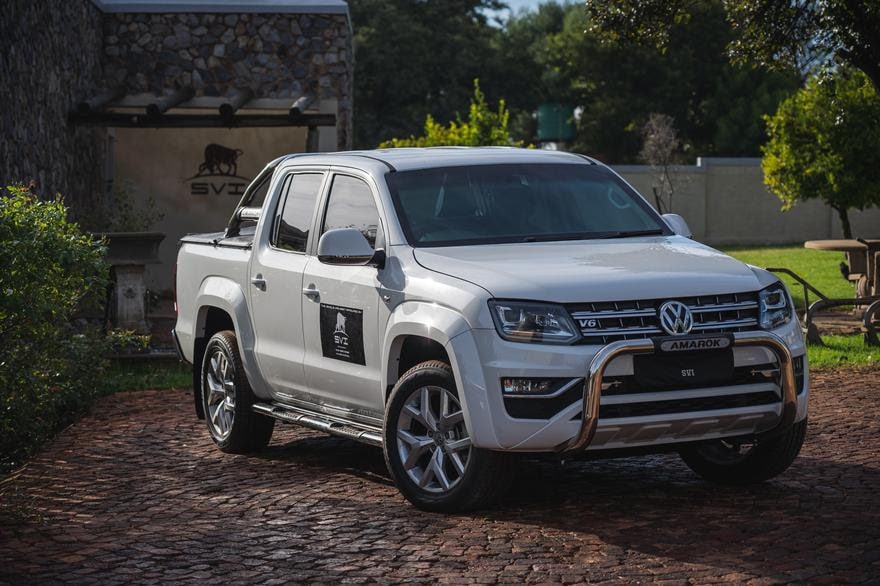 “Nice bakkie. What does it come with?”

It’s an absurd conversation, something you’re likely to hear in a Guy Richie film and yet the new Volkswagen Amarok V6 is sporting just that. In a press release sent out this morning, VW announced that this new version of the Amarok bakkie is the “most powerful standard armoured double-cab bakkie in South Africa!” Doesn’t really sound like there’s much competition in that market but sure, it’s a nice little achievement to throw on the pamphlet. At least this is actually true, rather than that failed April Fool’s Day prank…

According to VW, the Amarok V6 is equipped with enough bullet-stopping material to withstand gunfire from regular side-arms such as pistols all the way through to assault rifles; shots from an R1 rifle and an AK-47 should hopefully bounce right off this thing. Not that we’re willing to try that, but we’ll believe VW if they say that’s the case. The bullet-resistant build is a product of SVI Engineering, a company that specialises in armoured equipment, who’ve struck a deal with VW to offer the extra layer of protection for anyone purchasing the new Amarok. There are two levels of armour that can be equipped to the Amarok, namely B4 armour, which will protect against small arms and B6 armour which should withstand those pesky AKs.

The process sounds rather involved too as the press release details that the conversion entails, “stripping the interior to the bare metal and meticulously building the vehicle up as an armoured unit. Special steel armoured plates and composite materials are used for the body and 38 mm thick armoured glass replaced the original glazing. The suspension is upgraded to cope with the 650 kg additional mass.” It’s not a quick process as it takes 12 weeks to fit it all together.

Of course, equipping your bakkie with this kind of padding is pricy. For the B6 armour, you’ll be forking out R655,000 (excluding VAT). If you ask us, it seems unnecessary but if you’re planning on travelling through an active warzone, then it might be a worthwhile investment…