A couple of days ago, Twitter put out a survey. The question being whether or not someone should have to observe its terms and conditions with regards to posting, even if they happen to be a world leader. As Silicon Valley missives go, this was hard to swallow.

Think about this for a second; you sign up to use a social media platform and you agree to a certain set of terms and conditions (which hardly any of us bother to read) on the understanding that if you violate them, you get chucked off. Fair enough. It’s kind of like walking into a bar or restaurant that has a sign above the door that says ‘right of admission reserved’.

Now said bar or restaurant is asking you if someone further up the food-chain than you should be subject to the same rules.

Er, yes? And shouldn’t that have been the situation all along?

But hey, we live in the real world, right? And we know that once your bank balance, your influence, your power-base – your global reach – outdistances those of your peers, you should be able to make your own rules, yes? At the very least, you shouldn’t be subject to the same standards and rules as us common peons.

That’s how society would have it. This is one of the many roadblocks that Twitter – and to an extent, the rest of social media – is running into. Far from being the pure democratic infrastructures of free speech they claim to be, they’re a mirror of how society works. If you’re rich and famous, you’re given more leeway to break the rules. Well, that’s how things used to work until the 6th of January 2021, when outgoing US president Donald Trump used his Twitter account to spark an invasion of Capitol Hill. An invasion, let’s not forget, that resulted in the killing of five people.

It was one of those ‘Come To Jesus’ moments. Trump had been using his Twitter account to threaten, bluster, spread hatred and more before the beginning of this year. He’d been allowed to do this with impunity. But the moment a group of his supporters invaded Congress on his prompting through Twitter became a reality, it’s almost like a sleeping giant woke up.

Twitter flung him off its platform. It had every right to do that before January 6th, but now its brand was being associated with an event that shook the United States to its foundations. Facebook followed suit – although it should be observed that Zuckerberg’s company has ‘temporarily’ suspended Trump’s presence on its platform. Twitter has perma-banned him.

And now Twitter has stepped forth to ask its users whether world leaders should be made to adhere to the same terms and conditions that the rest of us have to if we want to use its platform. Should someone who is more rich, powerful and influential than you have to adhere to the same code of conduct that a micro-blogging platform demands of all of its users?

Once again — Er, yes? And shouldn’t that have been the situation all along?

The giants of social media have long left moderation responsibility up to the masses. In order to get someone banned or cautioned on their platforms, a user has to raise a red flag. This would be fine if we were all sitting in a bar. But we’re not. We’re using platforms upon which someone from Thailand can have a conversation with someone in Iceland and the pair of them can get into an argument with someone in Los Angeles.

Twitter, Facebook, Instagram and the like are global communication networks and, to paraphrase Jeff Goldblum in Jurassic Park, they’re wielded by their users with the same sense of responsibility as a five-year-old who has just found their parents’ gun.

The owners of these platforms don’t seem to give a toss – why would they? They’re making money hand over fist. But going back to the 6th of January of this year, something interesting happened. An outgoing world leader used one of these platforms to spur their followers into what would normally be considered criminal activity. The fact that it hit the seat of power in Washington made it all the more impressive… and worrying. All of a sudden, social media as a communication tool had a massive spotlight thrown on it for all of the wrong reasons.

Twitter’s response has been to ask the mob to weigh in on the rules. The fact that it’s even asking this question in the first place should set off alarm bells. In the first instance, it’s essentially asking if someone who holds high office should be allowed to spout all the hateful filth they like with no consequences. In the second, it’s a hair-raising reminder that a large chunk of how humans communicate on a global scale rests in the hands of corporate entities. 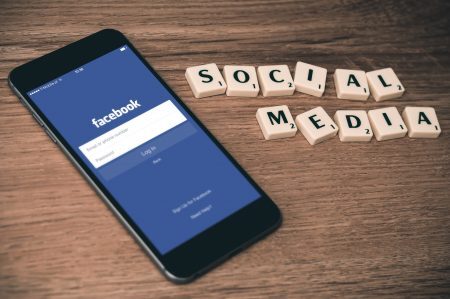