Back to basics — the Nokia 8.3 5G launches in South Africa Believe it or not, but techies (like all of us) suffer from tech burnout too, sometimes. It’s become even more common in a world where we are bombarded with new innovations and gadgets on a daily basis. Sometimes… you really just want to go back to basics. And that’s exactly what Nokia’s new 8.3 5G provides.

This is Nokia’s first 5G-capable smartphone and launches in its flagship 8-range. It features the highly capable PureView quad camera with Zeiss optics, is powered by the Snapdragon 765G 5G Modular Platform and a 6.81in edge-to-edge PureDisplay screen. Although it feels weird to see a Nokia handset with a punch-hole upfront, it’s nice to see Nokia move into slightly adapted design styles.

The major feature that we appreciate about Nokia smartphones, is that they run the absolutely brilliant Android One platform OS. Here, you’re not bombarded with annoying bloatware, hardware manufacturers trying to punt their software or unnecessary proprietary functionality. It’s an Android device at its core, and is the closest thing we South Africans can get to a Google Pixel equivalent right now.

Nokia’s pushing some impressive camera features with the launch of this one, including advanced editing, 21:9 cinematic format and professional colour grading options. It also features improved night mode and HDR-capability.

“The Nokia 8.3 5G smartphone brings new levels of connectivity with advanced 5G network compatibility and unlocks creative possibilities with faster connections. This ensures more people can enjoy the fast, reliable connectivity of 5G for streaming and gaming wherever they are,” says an HMD Global spokesperson in a press release.

The Nokia 8.3 5G is now available from R14,000 on Takealot and will be available on contract at selected Vodacom, Cellucity and 4U stores from R500p/m. 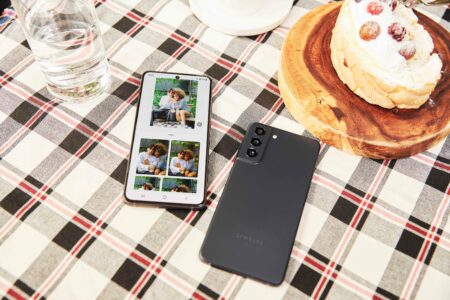