Got a yearning for some animated shows, but don’t want to see the kid stuff? It’s a golden age for mature animated sitcoms. Here is what you can watch today on Showmax.

At the dawn of time, a caveman and a dinosaur team up to survive a brutal world. If it sounds silly on paper, Adult Swim’s Primal is the exact opposite. It’s a nail-biting experience with moments that swing from cruel to tender and is definitely one of the tensest shows ever made, animated and otherwise.

Why watch this? Primal is created by Genndy Tartakovsky, animation master and creator of Samurai Jack. Primal returns to Jack’s cinematic and stylistic vibes and is stunningly animated. There is no dialogue, and instead, the fantastic soundtrack carries the story. Primal is not for everyone – it manages to be very subtle and uncompromisingly brutal at the same time. But it is a masterpiece made by a master and a milestone for animated shows. Watch now »

Rick is the smartest person in the universe, a place that he can bend with his inventions. Morty is his slow-witted grandson who joins in adventures where they visit different planets and dimensions. With its tongue firmly and deeply in its cheek, Adult Swim’s Rick and Morty is a sociopathic and insane ride like no show ever before it.

Why watch this? Rick and Morty’s explosive fame is due to its high-quality writing, creative plots and scant concern about offending anyone. It takes big risks, but they pay off most of the time. Though the weight of all that excessiveness does start appearing in the third season, this is still a milestone in animated sitcoms. Watch now »

After twenty years, Family Guy, also from Adult Swim, is as much an institution as The Simpsons. If you’ve not yet made the acquaintance of Peter Griffith, his family, the citizens of the town Quahog, and a barrage of ridiculous comedy skits, you are in for a treat. Or a shock. Unlike The Simpsons, Family Guy is not too concerned with bad taste.

Why watch this? Family Guy has gone through its ups and downs. But it’s always bounced back because it always stayed true to its anarchic, slapstick streak which rarely has an agenda and treats everything as fair game. If anything, the adventures with Brian the dog and Stewie the mad evil-genius baby are always highlights in a season. And no show likes set pieces like Family Guy does. Watch now »

From the creators of Family Guy, the story of another All-American Family: Stan, the CIA super-agent, his wife, two kids and the alien he’s hiding in the attic. Watch as Stan defends conservative values and middle-class freedom against America’s enemies. Then watch Roger the alien attack teenagers for booze money. Then it gets weird.

Why watch this? Roger the alien alone is enough reason to watch this. His various antics and disguises have become legendary. But fortunately, he doesn’t carry things – the entire show’s characters are unhinged, particularly as the seasons evolve. Main character Stan’s virtuous megalomania knows few limits as he destroys every value and principle in the pursuit of liberty and freedom for all (middle-class Americans). It’s a great show from Adult Swim. Watch now » 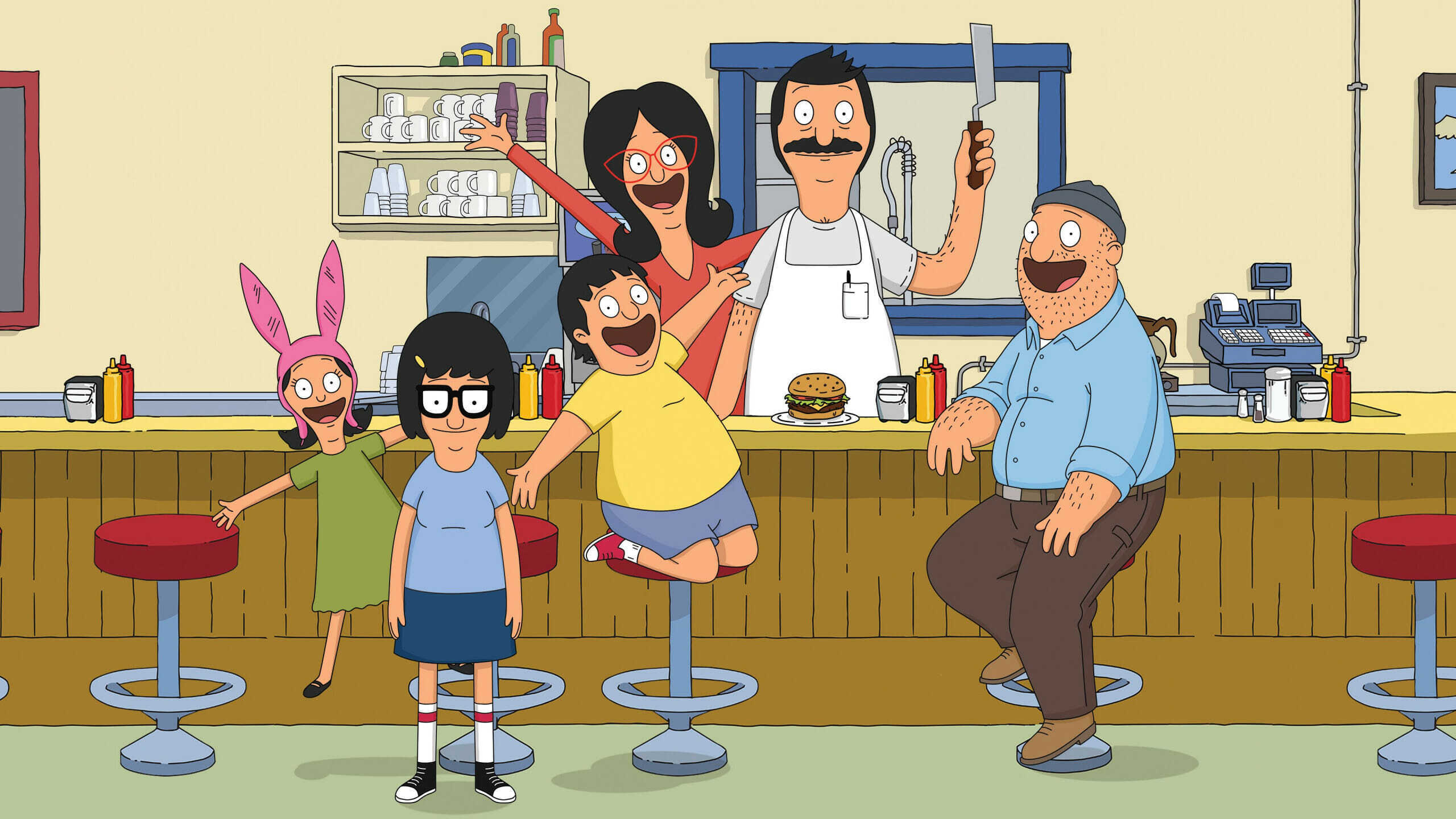 Bob is a chef who owns his own burger joint, and he has a passion for making great burgers. Yet he always struggles to attract customers. Luckily Bob has the eternal support of his enthusiastic wife, Linda, and their three whimsical children.

Why watch this? Compared to some shows on this list, Bob’s Burgers sounds might sound as bland as a bad fast food meal. But it’s really good and manages to be very different from other adult animated series. It’s not controversial, outrageous, dirty or edgy, but the zany characters make Bob’s Burgers work. If you’re familiar with the classic show King of the Hill, this is similar and was created by that show’s producer. Also from Adult Swim. Watch now »

What could be more agreeable than a story about a virtuous young boy and his loyal dog? Nothing, until it becomes the concept for an Adult Swim show. Then Mr Pickles is a loyal dog that protects his dear master, the boy Tommy, by sadistically killing perceived enemies and sometimes even reanimating their corpses..

Why watch this? Adult Swim built its reputation on being edgy and provocative and a show like Mr Pickles swoops in and raises the bar. Or lowers it, depending on your perspective. But if you fall into the latter camp, why are you even watching Adult Swim shows? And if you are in the former, you’ll love this deranged experience. Watch all four seasons now  and then watch the spin-off, Momma Named Me Sheriff.

Stan, Kyle, Kenny and Cartman are just four kids in the town of South Park, Colorado. Every day, they go to school and have adventures, all opportunities for this show to lay waste to sacred cows as if it was testing an abattoir. In its iconic cut-n-paste animation style, South Park mixes great humour with subversive social commentary.

Why watch this? Many shows here are described with words such as anarchic, surreal, psychotic, crazy, and edgy. Add salty with all of those, and you have South Park. This show apologises for nothing and doesn’t pull punches. But it is consistently funny and so often on the nose that you can’t help agree with it. Watch S19-23 now »

Tipping its hat to stop-motion animation, but also the fetish for toys, Robot Chicken is a comedy skit show that leaves no stone unturned to be as crazy and daring as an Adult Swim property can be. One of the longest-running AS shows, it’s still not lost its touch and is a celebration of inane, juvenile humour – perfect if you don’t want to think, but just laugh.

Why watch this? As mentioned, Robot Chicken has been going for many years and today represents the values of “classic” Adult Swim. The channel has since evolved to offer a much wider variety of alternative animation, but Robot Chicken takes Adult Swim back to its roots. If you haven’t seen it yet, it’s worth the time. And if you’ve not watched it in a while, Robot Chicken has a lot in store for you. Watch S1-10 now »

The Robot Chicken Walking Dead Special: Look Who Is Walking 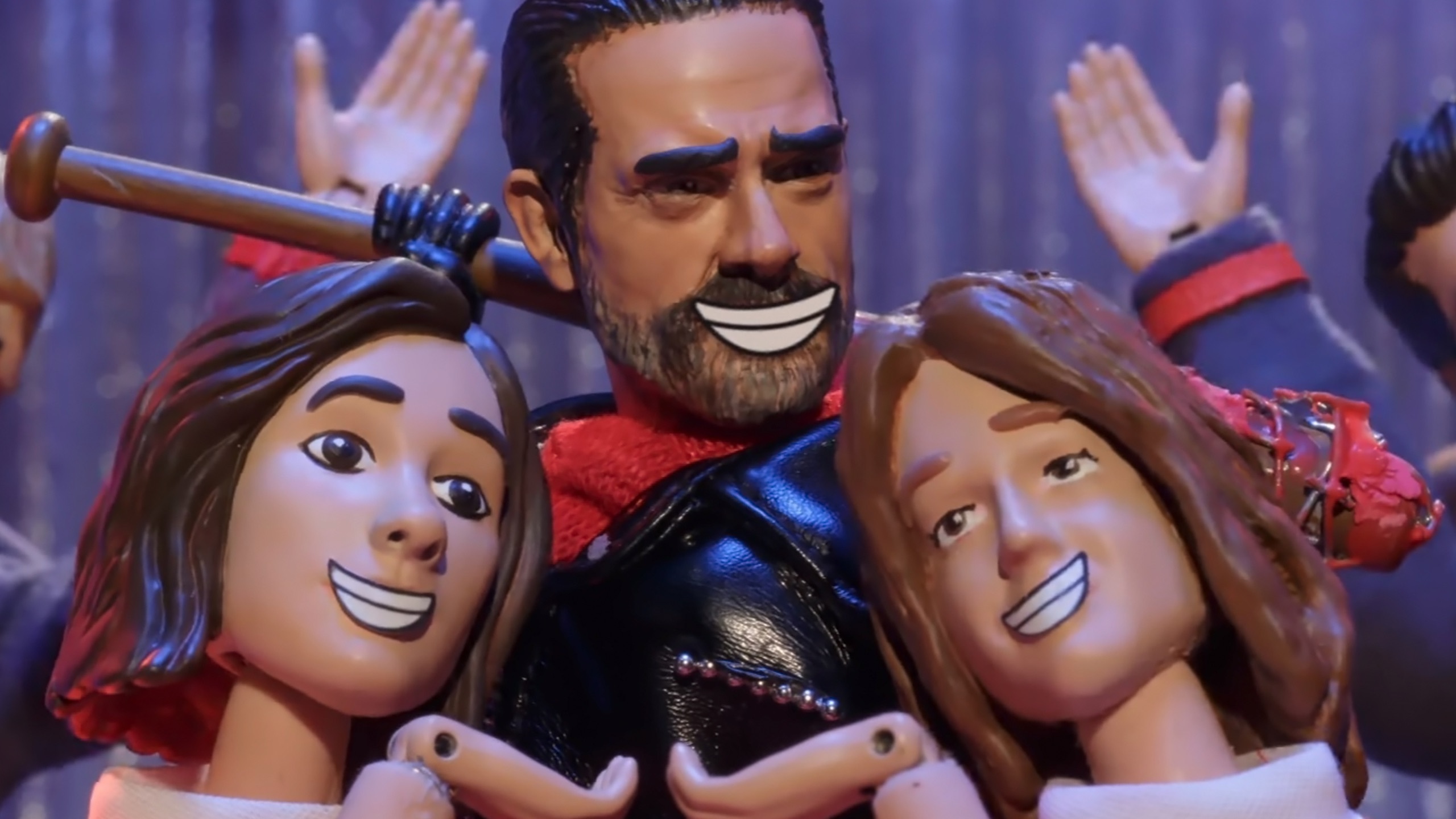 The Robot Chicken nerd arrives at the Walking Dead museum and meets an elderly Carl, the boy from the show. Apparently, the displays aren’t accurate, and Carl sets about to retell the true story of Walking Dead’s events, in pure Robot Chicken style.

Why watch this? Robot Chicken is no stranger to parody, but this is by far its most ambitious project. Look Who’s Walking makes fun of Walking Dead’s first seven seasons in Robot Chicken’s irreverent slapstick style. Many of the show’s actors also provide voices for the parody, including Andrew Lincoln and Jon Bernthal. It’s a must for Walking Dead and Robot Chicken fans, but also for anyone who likes a good low-brow chuckle. Watch now »

All over New York City, under the feet, behind the walls and above the heads of the humans, animals are living their lives. Mice, pigeons, cats, dogs, cockroaches and a menagerie of other creatures go about their business, captured in this series of mini stories. And they are all crazy.

Think you know music? Forget the pop-filler sensations that we see today – this is about outlaw music and the crazy musicians that didn’t give a damn what anyone thought. Mike Judge, creator of Beavis & Butthead, King of the Hill, Silicon Valley, Idiocracy and many more culture high points, takes us into the story of music’s rebellious side, combining real interviews with outlandish animation.

Why watch this? Well, did you know Jerry Lewis one fired a machine gun over people because they fell asleep after three days of partying? That isn’t even close to the craziest stories in this series. Season 1 looks at country music, then season 2 goes into funk. The genres may change, but the stories are so out there you probably won’t believe them. Watch now »

Dr Thaddeus “Rusty” Venture used to be a big deal. He was a boy adventurer who, along with his dad and sidekick, helped stop bad guys and find ancient secrets. But now he’s middle-aged, has two idiot sons, a dead-end career and fading looks. Don’t worry, he’ll get the respect he deserves, especially as long as he has his henchman Brock to take care of the heavy lifting.

Why watch this? Have you ever heard of Jonny Quest? If so, this is what happens when Jonny got old and bitter. Venture Bros spoofs the classic children’s cartoon, but you don’t need to know any of that. What you must know is it’s one of the all-time best adult animated shows ever made, it has a villain modelled after a butterfly, Brock Samson is a bad mofo, and there is a running spoof of Hunter S. Thompson. This is not a Saturday morning kids cartoon. Watch S1-2 now »