Oh, DStv. How we all smile whenever one of your announcements slides across our desks. The company has been doing its best to retain customers and clients in an age where satellite television is quickly disappearing. All the youths (and older folks too, we guess) are quickly realising that the value of streaming services like Netflix and Amazon Prime vastly outweighs what DStv brings to the table.

With that in mind, Multichoice and DStv took the service online by offering an offshoot of their standard service, DStv Now, making traditional DStv programming streamable. Hopefully you haven’t become too attached to the name ‘DStv Now’ as the company has just announced that it’s rebranding the whole thing.

Now, when we say “rebranding” it’s not as big as you’re thinking. What Multichoice has essentially done is change the name from ‘DStv Now’ to ‘DStv’, a move which probably took a boardroom of executives and marketing gurus multiple billable hours to think up. With that said, little about the actual service has changed as a blog post on DStv’s website was quick to remind users that it has “kept all the features the same – you can stream your live channels and watch catch up too.”

DStv Now and then

This feels like the start of DStv’s transition into a more online focused service, as it amalgamates what used to be a tangential but related component of its service into a more focused effort to push streaming content. DStv customers will still be able to “watch the same channels and shows they watch on their decoder at home, but on a device like a phone or a laptop”, which is exactly what DStv Now was in the first place. So relax, there are actually no big changes afoot here. 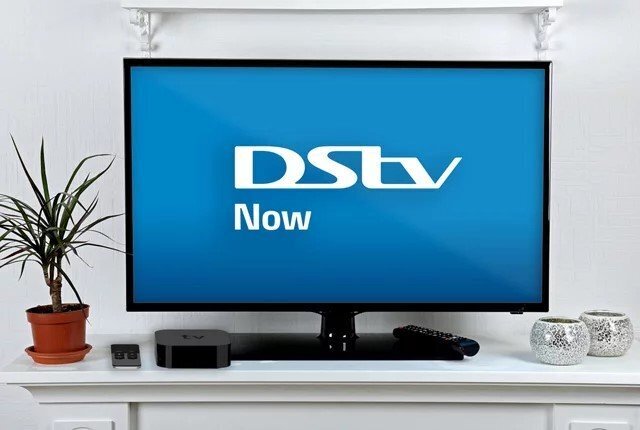 It also makes sense given DStv’s recent announcement that it will be introducing its own streaming box, called the DStv Streama. The device is essentially a standard TV box able to stream things like Netflix and Showmax. Removing DStv as a separate service and instead just including it as the standard DStv service is a solid business move. Just a little less confusing for everyone else involved.

The update that switches the logo of the DStv Now app is live now and should trigger automatically if you have auto-updates on. All it really does is replace the “Now” with… nothing. So let’s all just calm down and relax, as nothing of value was lost in the update.