A fully electric Hummer bakkie is coming soon and what did I just type? 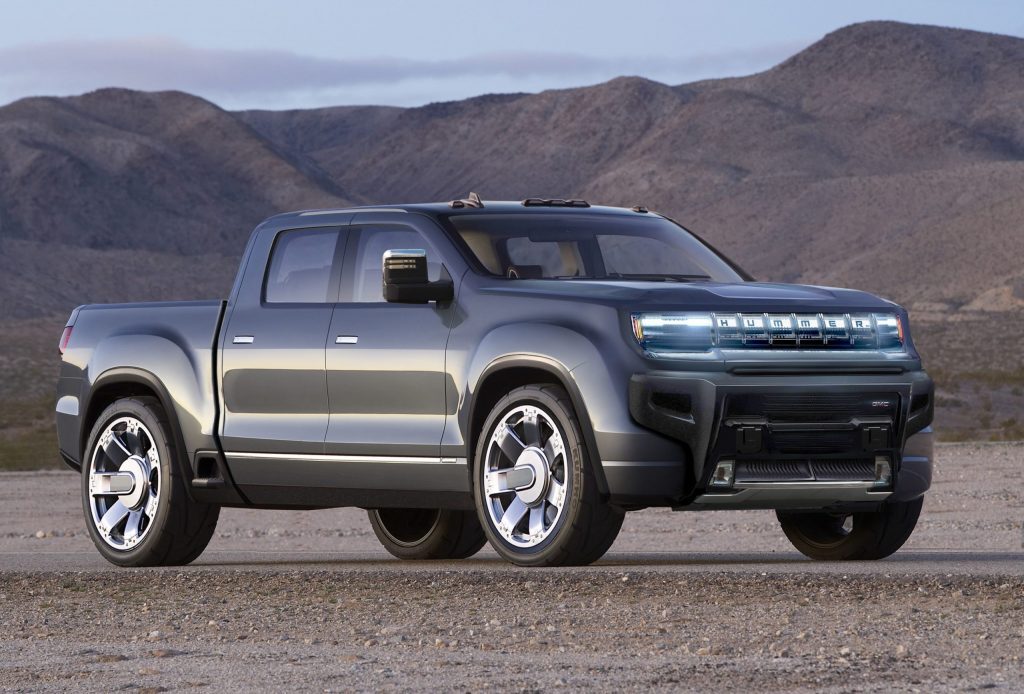 Having recently driven in an EV car for the first time, I now understand the hype. The torque, the silence the general smugness of saving the planet and showing off how rich you are to every person that stops alongside you at a red light? Priceless. Admittedly, it was only a test drive so I didn’t get all of those feelings but I’ve got a vague idea. Now how does one take those feelings and amplify them even further? How do you make an even bigger scene? You get an electric Hummer and the rest is taken care of.

General Motors, who owns the Hummer brand, will be revealing the Hummer EV on 20 October 2020. Now, beyond the fact that it’s fully electric and has a cargo bed for all the stuff you’ll be trawling about the place, the Hummer EV has an especially… weird feature that I don’t think I’ve seen in any other vehicle. Weird doesn’t necessarily mean bad, though. In fact, Crab Mode sounds incredibly cool.

Although admittedly “Crab Mode” is a terrible name. However, what it does is really neat as it will allow the Hummer EV to move diagonally across any kind of terrain, just like the featured creature! Look, the idea itself is pretty cool but also who would ever need to do something like that? According to GM, it’s a feature “tailor-made for off-roading customers”. Sure, cover your bases with a general market like that.


GM has been teasing the Hummer EV for months now as it was initially meant to be revealed back in May but the world ended around then so the announcement has been pushed back by some time. Early reports around the Hummer EV indicate that it’ll be able to produce the power of 1,000 horses or something like that which sounds like a load of equines!

The actual vehicle is still a ways off as production is only expected to begin in the back end of 2021. Which is good news for anyone who needs to save up for what will most assuredly be a massive price tag. Better get saving, petrol heads! Or electric heads? Whatever, you know what I mean.