You are at:Home»Posts Tagged "drone" 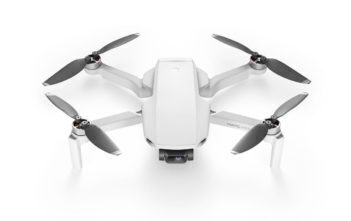 After an unfortunate leak this week, DJI’s smallest drone yet, the Mavic Mini, has officially been announced with local pricing. if you’ve ever wanted to try your hand at flying a race-spec drone, now’s your chance. The Drone Racing League is offering an at-home version of its DRL Racer4 drone, the unit being raced in this season’s fixtures. DJI has launched a first-person view (FPV) headset for pilots that has a mere 28 milliseconds of latency and can stream at 720p at 120 fps. Your next drone accessory could well be a… flamethrower?

It’s perhaps a little disturbing how often Stuff has written about the humble flamethrower. Elon… In the not too distant future, you will be able to order Uber Eats that will be delivered to you by drone, as the ride-sharing company announced a pilot with McDonald’s in San Diego. Using a current commercial drone Uber has been testing deliveries with the hamburger maker in the California city. Ultimately it plans to create a custom drone for delivering food in a custom box. Next up from DJI is a tank. For kids. Meet the RoboMaster S1

Man, where were all the cool things for kids when we were growing up? We had some interesting stuff but anything called the RoboMaster S1 would have been coloured in bright neon, made of semi-indestructible plastics, and would probably have been the result of a cartoon series tie-in. DJI, though, has other ideas. Autobots, roll out: Amazon now has a transforming delivery drone

Move over Optimus Prime, here come… Amazon Prime? Yeah, that’s not a typo, though Amazon’s newest little transformer doesn’t do anything quite as spectacular as morphing from a truck into a robot and kicking Megatron in the er… bolts. The folks at Stuff love a good drone. The flying-around one, not the type that… This week on Light Start, we go up in the air (twice — once for drones, the other for photos), check out some Swedish sci-fi, and download The Division 2.