2021 was a year of unprecedented growth and unexpected developments in the world of crypto. With progress made and new possibilities unlocked on so many different fronts, it’s difficult to predict which aspects of the crypto scene will become the big talking points of 2022.

That said, two trends have gained so much momentum throughout 2021 that it’s almost impossible that they won’t play a big part in defining the direction of crypto as a whole in 2022. In part 1 of this series, we looked at the NFT explosion, which has created over $15 billion in turnover across all crypto platforms this year.

In Part 2, we’ll discuss continued institutional interest in the crypto market heavyweights and the rise of Web 3.0.

The continued institutional adoption for Bitcoin and increasingly, Ethereum

The Global Crypto Adoption Index released by Chainalysis in August this year shows an 880% 12-month surge in crypto adoption worldwide as citizens seek shelter from currency debasement. Countries with the most aggressive crypto adoption rates are also those subject to actual or threatened currency debasement: Vietnam, India, Pakistan, Ukraine, Kenya, Nigeria and Venezuela.

This year, Bitcoin’s most famous corporate backer, Michael Saylor of Microstrategy, announced that his company had purchased another 21 454 BTC. This brought its total BTC holdings to 114 042 (worth $5.6 billion. This jaw-dropping bet on Bitcoin has caught the attention of many other corporate leaders who have started paying attention to Saylor’s message. That fiat currencies may indeed be on a road to perdition due to reckless monetary expansion.

Brett Hope Robertson, an investment analyst at Cape Town-based crypto investment platform Revix,   says, “Everywhere you look, more and more companies are starting to engage with cryptos and blockchain technologies. It’s reasonable to assume that companies that start accepting payment in cryptos may also start looking at shifting some of their cash reserves into Bitcoin and other cryptoassets as an alternative to fiat currencies. El Salvador was the first country to accept Bitcoin as legal tender, and now it is even issuing a Bitcoin Bond. With this Bond issuance, I feel the framework is there for many other countries looking for a way out of dollar-denominated debt to follow suit in 2022.”

Will Bitcoin challenge Apple as the world’s most valuable asset? Bitcoin has reached a market cap of this size in just over 10 years. If its value grows by another 200%, it will be worth considerably more than Apple’s current valuation.

That may seem like a long shot, but the fact is, Bitcoin has grown by an annual compound average of about 200% for the last decade. So while it may not see that kind of growth in the short term, many Bitcoin maximalists believe it will eventually surpass gold (market value around $11 trillion), dwarfing the likes of Apple and Microsoft.

One major difference in the crypto landscape leading into 2022 is the fact that Bitcoin is no longer the only crypto approaching the valuations of the world’s biggest companies. Ethereum, the world’s second-largest cryptocurrency by market cap ($519 Billion), is well on its way to becoming a titan, and it’s not alone. The altcoin market (all cryptos except Bitcoin) now account for 58% of total crypto market cap.

“I think it’s safe to assume that altcoins will continue to capture a larger share of the total crypto market cap, though we could see Bitcoin – which has been losing its dominance – stage a resurgence,” says Hope Robertson. “There are now more than 10 000 cryptos, and many of these will undoubtedly fail, but some will survive and go on to reshape industries. Cryptocurrencies are still a young asset class, so we should expect volatility among altcoins as we move into 2022 and beyond.”

Web 3.0 is undoubtedly one of the most exciting areas to keep an eye on in 2022.

While Web 2.0 was driven by disruptive technologies such as mobile internet access and social networks, Web 3.0 is largely being built on blockchain technology, and aims to give users more control of their data and make the internet more decentralised, verifiable and secure.

Internet inventor Tim Berners-Lee envisaged this next evolution of the web, defined by the lack of need for any central governing or managing authority. It will have no central controlling node and no single point of failure. “This also implies freedom from indiscriminate censorship and surveillance,” writes Berners-Lee. Hope Robertson says, “the rise of Web 3.0 has taken time to fully manifest due to a need for infrastructure across computation, data management, hosting, storage, and other vital services.” Cryptocurrencies that support the Web 3.0 environment include Helium, Arweave, Render, Theta and Filecoin.

“Expect to see huge advances in Web 3.0 technologies, and cryptocurrencies that support these technologies. This is going to be a huge growth area to watch in 2022,” says Hope Robertson.

It’s looking a lot like a great time to invest. Especially when Revix is giving you an extra R200 this festive season! Invest R500 in any Revix product and receive an additional R200. It’s Revix’s gift to you! All you need to do is sign up using the promo code “REVIX200”, verify your account, then deposit and make an investment to be rewarded. 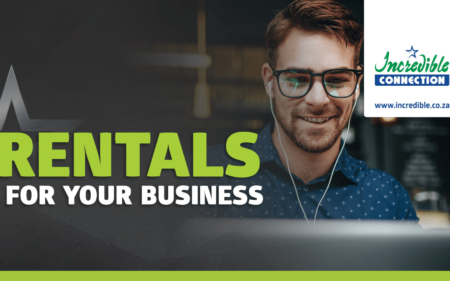