Accessibility is paramount when it comes to making content universally consumable, and captions have long been used to make content more accessible to those with hearing impairments. Google unveiled its “Live Caption” feature, which generates captions for video and audio content in real-time, for the Pixel phone back in 2019, and brought the feature to several other phones with Android 10 later that year.

Chrome’s Captions have you covered 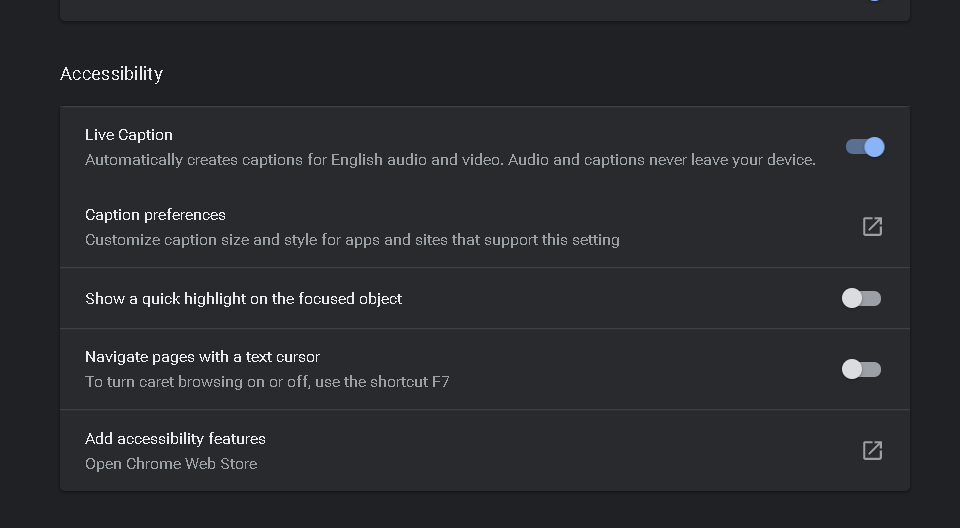 To turn the feature on, head to settings, go to “Advanced”, and find the “accessibility” tab. There, you should see the new “Live Caption” option. When you first turn it on, you’ll need to wait a moment while Chrome downloads the necessary files to work the feature, and then you’re a for away. XDA-Developers reports that if you can’t see the option at all, just restart Chrome and it should pop up.

Now, it’s still rough around the edges. We tested it on YouTube and Dailymotion, and while it was quick and fairly accurate, it had issues with certain speech speeds and accents. Grammar also seemed to be nonexistent, but you can’t really get mad about that. You try pronouncing a comma or parenthesis vocally. One big asterisk: the feature only works in English right now. But that’ll hopefully change with updates.

Like we said, it’s rough around the edges but that’s to be expected at first. Live Captions is a great tool for accessibility, and will undoubtedly be more attractive with various improvements later on.