The Hyundai Grand i10 is a car that we’re excited about. You know, we’ve often tested some really fancy supercars, some nifty electric vehicles and even a luxury sedan here and there but nothing quite beats the simple stuff. While those fancy cars are nice to test, you know that most people will never be able to ever test them, let alone own one. That’s why smaller, more grounded cars like the Grand i10 are so much more enjoyable to us: People will actually be able to drive these things and if they can get a bit of extra bang for their buck then yeah, we’re happy to spread the word of high quality, affordable cars.

The Grand i10 has been a popular car for many years now, largely because it’s a reliable vehicle for a respectable price tag that comes with some nice extras if you so choose. Now the bigger, bulkier versions of the Grand i10 are on our shores: The Grand i10 Fluid and Motion. They pack a much heftier punch that their  older sibling so let’s delve into what exactly consumers can expect from the Grand i10, including how much the range will cost. 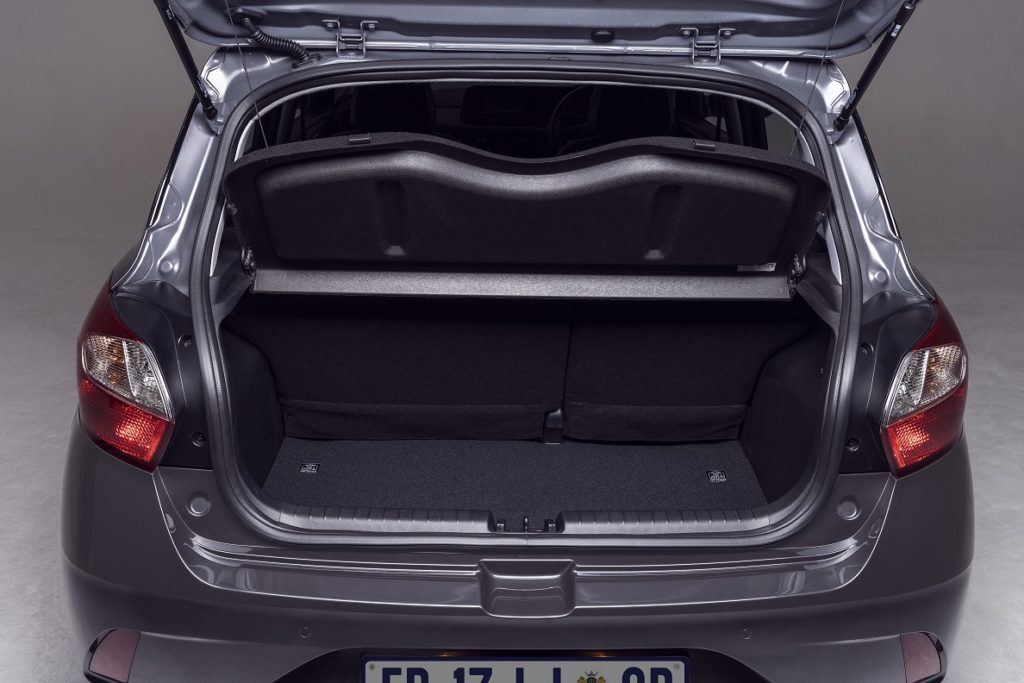 What’s special about the Hyundai Grand i10 Fluid/Motion?

Glancing over the press release sent out to mark the car’s South African launch, it becomes pretty apparent that Hyundai has some great ideas when it comes to affordable cars for the every-person. It’s no small task bringing in a new range of the Hyundai i10 as it’s the company’s most successful car in South Africa to date. “In fact, it has become Hyundai Automotive South Africa’s best-seller and it takes a very important position in our wide range of Hyundai models for the local market. We believe that, especially in the present economic conditions and the global Covid-19 crisis, it has a very important role and that there is still growth in its segment which has plenty competitors,” says Stanley Anderson, sales and operations director of Hyundai Automotive South Africa”

With that being said, the Grand i10 is looking at bringing a “big car” lifestyle to that of a smaller vehicle. The first massive difference is the exterior aesthetic which has been designed to look both more modern and sleeker. It comes equipped with LED daytime running lamps and fog lamps, a redesigned grille and a range of colours to choose from including  Polar White, Phantom Black, Typhoon Silver, Titan Grey and Fiery Red. You can also get a two-toned variant of the Grand i10 Fluid that comes with a white or red body and black roof. Ah, but what’s under the hood?

Okay, just relax we’re getting there. The new Hyundai Grand i10 range uses a 998 cc 3-cylinder engine and a slightly bigger 1 197 cc Kappa 4-cylinder engine. Both the Fluid and the Motion will have a 1-litre engineer which delivers 49 kW peak power at 5 500 r/min. You can opt for either a 5-speed manual gearbox to the front-drive wheels for both versions or a 4-speed automatic gearbox for both the 1-litre and 1.2-litre Motion and Fluid derivatives. Yes, now I’ll tell you the price because you’ve been so patient. The pricing for the new range of Grand i10s will come in at:

We’ll try and organise a test of the new Hyundai Grand i10s so that we can share our thoughts and experiences on actually driving them so keep your eyes on the Stuff website for the eventual First Impressions test!