Mafia: Definitive Edition is a lovingly-recreated update to the 2002 original, with an incredibly realised city that is, honestly, wasted on this game. Still, the mission structure, story and acting are all top-notch, making this one well worth your time.

Video games are (sometimes) all about living another life. A life you might have wondered about from afar, a life you’re never going to live right now. Maybe it’s too far in the future, maybe it’s too far in the past. Maybe the life is that of the President of the United States and, as a decent human being, you’re suddenly overqualified and thus unemployable. Who knows? But games give you a chance to explore a life you’ll never, ever lead. Like this life, that of Thomas “Tommy” Angelo, a cab driver who gets pulled into the mob in Mafia: Definitive Edition.

Which, if you’ve been paying attention, is the first game in a trilogy. Only it was released way back in 2002, before being remastered and updated into the majestic game you find before you today. Also on the list is 2010’s Mafia II and the much more recent Mafia III — all three games are related, taking place in the same fictional universe, but at very different times. Mafia: Definitive Edition takes place in the 1930s, just before World War II started making a serious impact on the American consciousness. Players take on the role of Tommy Angelo, a cabbie and victim of fortune who is in the right place at the right time. One fine night in New Heaven, the fictional city that borrows from the likes of New York, San Francisco and others, Tommy is sitting in his cab. Two mobsters, being chased by rival trigger-happy gangsters, break down behind him. They commandeer his cab and his driving ability. Tommy sees the mobsters home safely and there’s soon a grateful Don handing out cash. But, of course, that’s not where things end.

See, the rival mobsters spot friend Tommy a short time later. Recognising him, they wreck his cab and chase him down — until he chances upon the bar where he dropped his new mobster buddies off. Paulie and Sam run off the hoods, Tommy gets some face-time with Don Salieri and gets his first job: a chance at revenge and a chance to blacken the eye of a rival mob boss, Don Morello. Turns out, it doesn’t take much to get sucked into the mob.

You do the job that’s in front of you From there players are in for quite an adventure, taking on progressively more important jobs for the Don and for the family. Each task is a self-contained chapter, loaded with narrative and positively dripping in mafia atmosphere. Smoky back-rooms, dirty money, running from the Border Patrol with a truck full of Canadian whiskey in the midst of Prohibition and dodging bullets comprise the first few missions but the linear nature of the game does little to detract from just how well put-together it all is.

Players never feel as though they’re retracing old ground or repeating actions. Every mission tells more of the story, and every mission has something new to do. Sabotaging a race car, whacking a couple of politicians (with some serious shades of classic Hitman games in those missions), taking care of family business… no two missions are ever alike. There was one scary moment, in the game’s tutorial, where it seemed that the game would lean heavily on a very absurd mechanic for escaping from cops (involving roads under construction) but that… kinda disappeared immediately afterwards. Turns out, the city is large enough to lose the cops in without needing help. If you’re a decent wheelman, that is.

One hell of a city Okay, we get it. You’re a mobster, you do mobster things, everything is very mobster-y. What else? Well, the city of New Heaven (yeah, we know) is absolutely gorgeous. As in ‘wasted in this game’ gorgeous. There’s a Free Ride mode in the game where you can roam around and basically GTA the place to bits (but the cops are a lot more rigorous than you might like) or you can ignore your objective and just explore in the main game but the city looks incredible. Every angle, every street is like looking through a mafia-themed portal into the past. Buildings are big and detailed, the setting is hugely varied, driving out of town gives you some amazing sights… and very little of it is used, beyond as scenery. It boggles the mind — there’s this incredible city and there’s no incentive to explore it beyond ‘it looks rather damned good’. 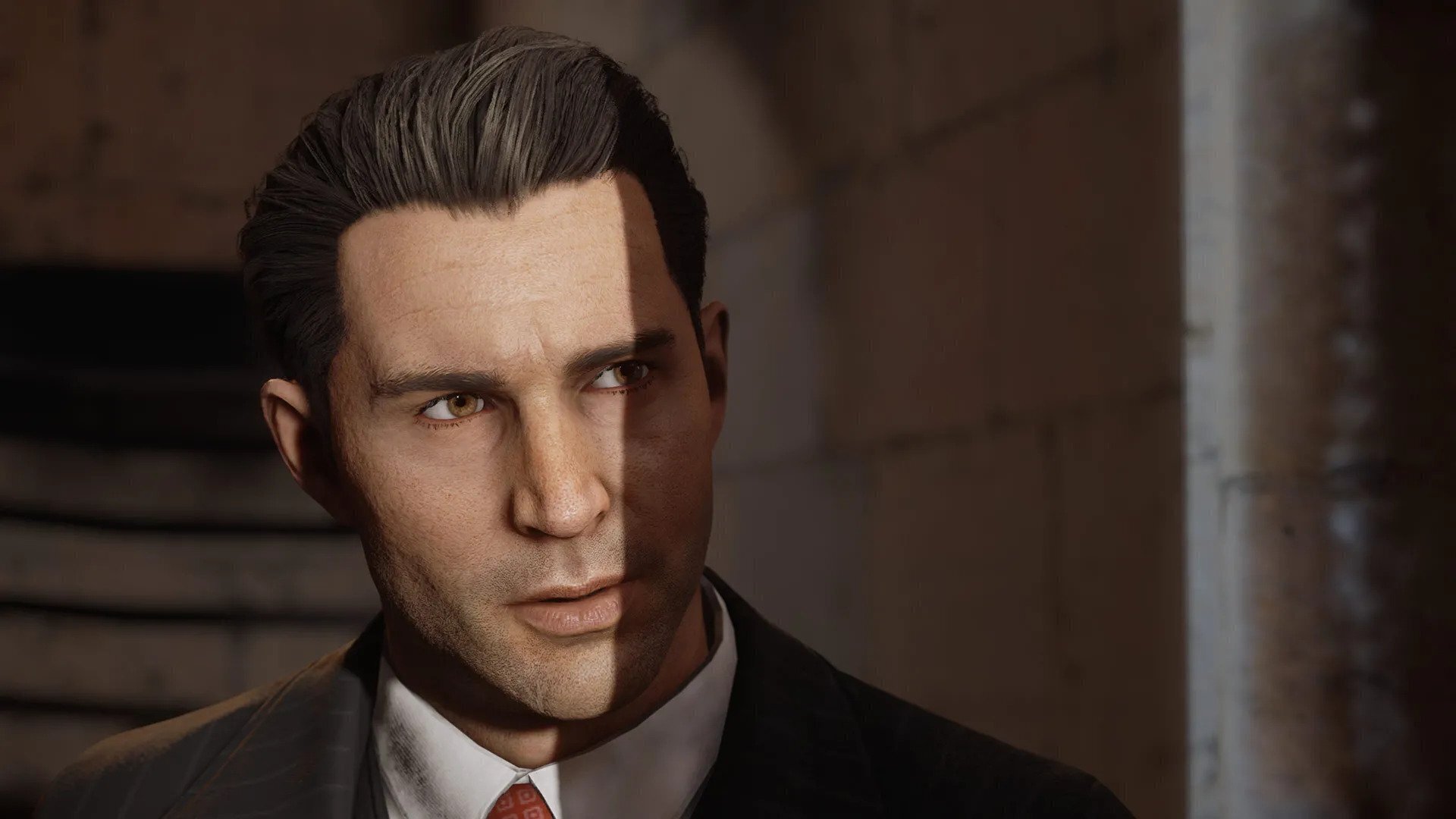 Which, oddly, is also a good thing. There’s less pressure when doing missions, more of a chance to focus on the story — which has its plot holes but still manages to be emotionally-engaging despite the odd hiccup. Part of this is because of the detailed character models for the main cast, the rest of it is the result of excellent vocal performances by the cast. You could simply listen to this game, with its distinct voices and era-specific soundtrack — made all the more realistic by periodic radio updates detailing political news, the progress of Germany’s annexation of territory and the repealing of Prohibition — and be entertained. Thankfully, though, that’s not all you get to do.

Let’s get this show on the road Despite featuring a diverse set of missions, including some genuinely engaging stealth options, players will mostly be driving and shooting. Of the two activities, driving is definitely the easiest option and driving… ain’t that easy. Expect to spend your first few minutes behind the wheel admiring the cars themselves but when you’re done, there is a range of driving options that make taking to the streets simpler. But you’re still roaring around in 1930s vehicles, including a few V16 monsters. They’re hard to control, prone to rocking and sliding, but by the time you’re at the endgame avoiding cops while staying on the road becomes second nature. Less well-tuned is the cover-based gunplay. Ammunition is severely limited, especially in 2020 where ammo seems to be infinite, and you can only carry two weapons at a time. A single shotgun blast at close range can kill you, a rifle round to the head will do the same. Health is sparse, it doesn’t regenerate (at all) and you’ve got to complete missions with the tools you have. It’s a rougher ride all round and we freaking loved it. Even the dancing reticule, because no marksman is rock-steady. There’s a sense of realism to combat that goes well with the detailed city, more detailed vehicles and excellent storyline. If you’re even remotely a fan of the classic gangster movie, you want to play this game.

Mafia: Definitive Edition continues 2020’s trend of great remakes of already great games. It’s hard to believe that this one is almost twenty years old — the work that developers Hangar 13 have put in shows in every aspect of the city of Lost Heaven. The setting is gorgeous, the music is excellent and massively ambient, and the people and cars are all incredible to look at (provided you’re not looking too closely at pedestrians). But it retains enough of its old feel to stand out among a whole roster of games that take place in an explorable city. There are no distractions unless you make your own, and missions are tight and controlled. It feels great but we’re not sure it’s great enough to warrant doing it more than once. That’s the only drawback — almost no replayability which, to be fair, was almost the norm back in 2002.