In the market for an extra-large phone? And have the extra-large budget to match? Well, you’re in luck, because this year has produced some sizable options in the shape of the Apple iPhone 11 Max (check out our base iPhone 11 Pro review) and the Samsung Galaxy Note 10 Plus.

The Galaxy Note 10 Plus is the largest and most luxurious Note we’ve seen. It packs a brilliant 6.8in display, all the power and the nifty addition of a stylus. While Apple’s new iPhone 11 Pro Max brings a notable power update and the best camera yet on an iPhone. We’ve done a deep-dive to see which larger-than-life phone deserves your hard-earned cash. No doubt, the Note 10Plus is definitely a stunner. Samsung has upped its design game, creating a true edge-to-edge display that’s the best in market yet. The single punch-hole camera in the centre manages to look sleeker than the S10-punch-hole. And that flashy Aura Glow back glass option is life.

The iPhone 11 Pro Max looks very similar to its predecessor upfront. It’s got the same dimensions and screen notch. The big change here is the frosted glass on the back — it is a welcome new touch. We would argue that the Note 10 Plus is the more eye-catching handset, but there’s a definite allure to the minimal simplicity of the iPhone. It is what Apple does best, after all. 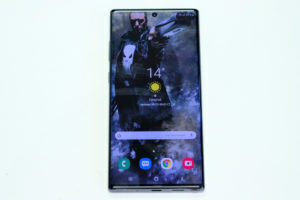 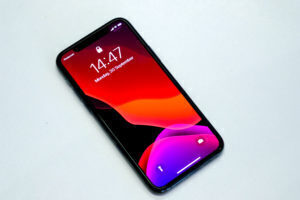 Putting these two side-by-side will produce an obvious winner… The Note 10 Plus has an enormous 6.8in Dynamic AMOLED display. It features Quad HD resolution (3040×1440) — or 498 pixels per inch (ppi) — and has brilliant contrast and brightness.

The iPhone 11 Pro Max’s 6.5in display sports slightly lower resolution at 2688×1242, but the ppi count of 458 is still extremely close. Granted, it’s also a good-looking panel with impeccable brightness and fantastic contrast. These are two of the absolute best screens you’ll find on any smartphone today, and you can’t go wrong either way.

But we like the Note 10’s display more. If you’re into iPhones, the 11 Max has the best display to date. 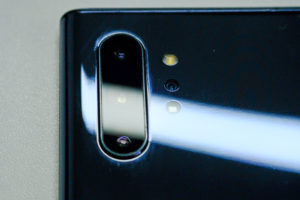 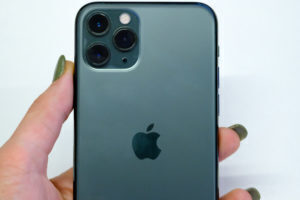 If you wanna count sheer number, Samsung certainly takes the gold medal when it comes to camera sensors. It packs in a 12MP wide-angle sensor, 16MP telephoto sensor, 16MP ultra-wide sensor, and a time-of-flight sensor for improved depth-sensing. Meanwhile, Apple has a trio of 12MP shooters in wide, ultra-wide, and telephoto varieties.

Both feature super-versatile setups that take brilliant shots in nearly all scenarios. They’re among the best out there, although Apple’s low-light shots from the auto-engaged night mode definitely have the advantage in this face-off.

Unfortunately for Samsung, we need to account for Apple’s Face ID 3D facial scanning, which is used for security and animated emoji. It is absolutely brilliant, and many Android manufacturers struggle to get close to its accuracy and security. The Note 10 Plus’ typical 2D selfie camera doesn’t offer nearly-as-secure facial scanning. 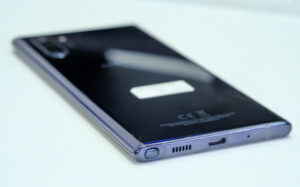 Both of these don’t hold back when it comes to processing power. The Note 10 Plus is powered by Samsung’s own Exynos 9825 chip, which packs in a little bit more power than the previous model, plus the 12GB RAM. So it’s more than enough for anything you might want to do with the phone. It’s top-of-the-line in Android land.

In terms of benchmark testing, however, Apple’s A13 Bionic chip comes out well ahead in terms of sheer muscle, even with just 4GB RAM to support it. Both are super speedy and run games incredibly well, but Apple has more total power to tap into if you believe in benchmarking. It is real-world power that counts though — and this is where both stand out. 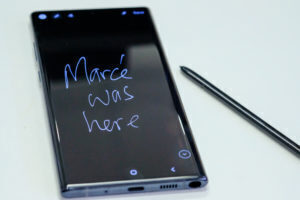 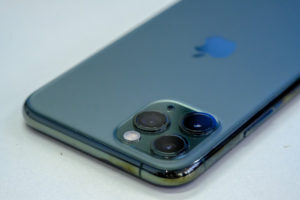 Samsung’s 4,300mAh battery is huge af. Apple weighs in at just under 4,000mAh, which is a rookie number when it comes to Android (even though it’s the largest Apple has ever produced). Both will last a full day of hard work, and withstand solid games and media usage. Both are also equipped with wireless charging, but Samsung’s also got PowerShare “reverse” wireless charging tech to top up another wirelessly-chargeable phone or accessory on the back. You can even charge the iPhone on the back of the Note 10 Plus.

In terms of storage, Samsung has a clear advantage. Apple ships the base 11 Pro Max with a paltry 64GB, which is… not enough for most people. You can pay more for 256GB or 512GB, but it’s not cheap. Meanwhile, the Note 10 Plus starts at 256GB and also comes in a 512GB version, plus you can add cheap microSD storage to expand the tally at any time.

And don’t forget: the Note 10 Plus has the pop-out S Pen stylus, which you can use to scribble down notes, transform handwriting to text, snap photos and control media from afar, and more. It’s handy, albeit very niche in 2019. 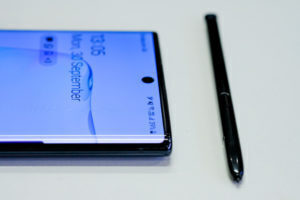 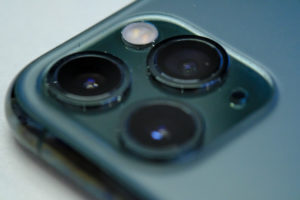 Samsung has the edge on perks, plus it has the edge on price: R23,000 isn’t cheap, but it’s cheaper than the R25,000 starting price of the iPhone 11 Pro Max. It’s pretty easy to make the argument that the Note 10 Plus is the better value overall, although if you’re eager to save some cash, we’d point you towards Samsung’s own Galaxy S10 Plus instead.

If you’re living comfortably in iPhone-land, and have a wad of cash ready to spend — go for the iPhone 11 Pro Max. We would argue that the base iPhone 11 is the better phone launched by Apple this year because of price and features. The Pro Max, on the other hand, is a nice-to-show-off-to-your-friends device. If you catch our drift.