Sonos makes some pretty good audio gear. That’s not a vague statement of fact, we didn’t give the Sonos Beam Stuff‘s Hi-Fi Gadget of the Year  and, ya know, the friggin’ Gadget of the Year award in 2018 for nothing. There’s a new set of Sonos gear landing in South Africa over the next two weeks and they’re all worth checking out. Meet the Sonos One SL, Move, and Port — three very different candidates clamouring for your attention. 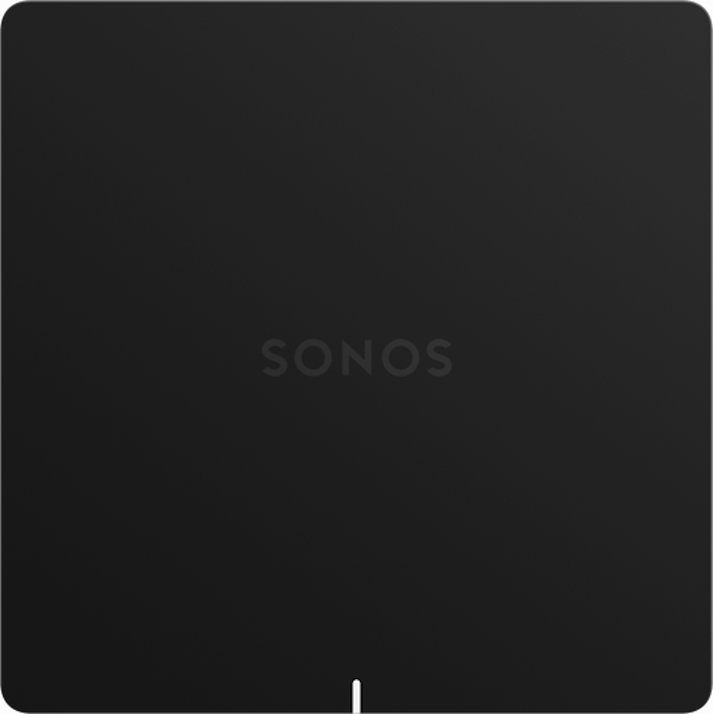 First up is the One SL, a evolution of the very popular One. Not a whole lot has changed with the speaker, but there is one major difference. The One SL drops the mics, removing the option to use Google Assistant or Amazon’s Alexa. It’s just a (stylish and effective) speaker now, rather than a combined digital assistant.

The Move, as the name suggests, is designed to move around. Billed as an outdoor speaker, it’s got a convenient finger hole (like a bowling ball, only nothing like that) for carting it about. It’s got an IP56 rating (for general weather and dust — don’t drop it in the pool) because you’ll be using the Move outside. Alexa is built into the device, and the casing is rated for more abusive treatment than Sonos speakers are used to. Again, you’re taking this thing outside. Mishaps happen.

Then there’s the Port, which looks more like an Apple TV than a speaker. Because, well, it’s a so-called ‘streaming component. It stands between Sonos hardware and other, less intelligent bits.The ability to connect to older tech has left the Port with a bunch of legacy ports — cos you’ll need em. It also supports Apple’s Airplay 2 and can stream directly from iPhone and iPad hardware. So that Apple TV similarity? Yeah, that suddenly makes a bunch of sense.

The Sonos One SL pitches up first in South Africa, from 18 September. Next up is the Port (R9,000, on 20 September). Finally, the Move will cost R8000 here in South Africa at launch. We’re told that launch day will be 27 September.

The Sonos trio will drop overseas a few days before South Africa gets access to the devices. Local pricing and availability was provided by PlanetWorld, where you’ll find the Sonos Move, One SL and Port on their respective launch days. We suspect you’ll spot ’em at other outlets as well — this is just the info we’ve got for now.