LG has really struggled with the smartphone market of late, battling to perform on the same level we’ve seen other Android phones perform. It’s better known, at this point, for (larger-than-life) TVs and fridges. We’re used to furnishing our houses with its appliances, not  so much with putting its phones in our pockets. But you know what? LG’s phones aren’t all that bad…

We say that with all the sympathy we can muster. Because LG’s phones are decent, solid handsets that get the work done. After that, they’re mediocre at best. Enter the G8S ThinQ — here the company really tried to implement innovative tech in a handset. Too bad we don’t really have a use for it.

The G8 introduced a few new sensors into the (massive, by Android standards) notch in the display. You can now unlock your phone using your palm with the G8s vein-scanning tech. It’s also got face unlock (we’ll be surprised when Android makes a proper version of Face ID). As far as flagships go, though, LG really ramped up development on everything that matters: design, performance and camera sensors. It’s also priced a tad lower than other, more well-known flagships. LG sent us a G8S ThinQ variation for review, and here’s what we thought.

LG hasn’t had a great track record with its phone designs for a long… long time. Like, remember the LG G Flex 2 (from 2015)? Wtf was that? You know what we can commend them on, though? Thinking out of the box. More recent LG handsets felt… out of place. Although we loved the V20, the flagship G-range always perplexed us when it came to design. Well, we’re happy to report that the G8S looks hella good.

It’s got a noticeably more ‘boxy’ design, almost akin to the iPhone X. It also dons a massive notch, which could also have possibly been inherited from the iPhone X. Except, you know, LG and Apple don’t share secrets. But its got a glass back (and front, mind you). The edges are steel and the colour options are brilliant. We got our hands on the ‘Mirror Black’ colour variant. Which… isn’t black at all. But very (VERY) mirror-y. It picks up a lot of fingerprints, but you get a cover in the box, which helps minimise printiness.

The handset we reviews looks more like slate grey and looks damned good. We’re impressed with the high-end built quality, or what feels like great build quality. Unlike previous versions of the G-range, the G8S feels very premium. Even the 6.2in FHD+ OLED display looks great. Colours are bright and vivid, while blacks are very deep and contrasty (believe us — we used it is dark mode throughout).

This is one place that is normally a hit-or-miss for LG — performance. This time around though, we’ve got a Qualcomm Snapdragon 855 supported by 6GB of RAM to keep things running. And you know what? It works. Well. We used the G8S as our primary phone for little over a month, and honestly, have no complaints when it comes to performance. It can handle any game thrown at it and run as many apps as you can think of at once without stuttering. That could be thanks to the absolutely awesome Snapdragon 855 processor running the show, but we’ll commend LG here too. The 6GB of RAM backing that chip definitely ups the processing capabilities, and we never had any problems running basic or demanding programs throughout the testing period.

The front’s also had an upgrade. The G8 is the first of the company’s flagship phones to use an OLED panel instead of its go-to LCD display. Weird, considering how good LG is at OLED. So this time around it’s got a 6.2in HDR display with a resolution of 1440 x 3120. It really makes a difference too. The LG G7 ThinQ was fitted with an LCD panel that could brighten up to 1,000 nits. Of course, it was a bright, saturated display, but OLED looks so much more grown-up and crisp. It could definitely hold its own against other Android flagship devices in terms of power, but there’s one thing LG hasn’t quite perfected yet. And that’s practical features that we want to use, and ultimately make the handset stand out — especially on the G8S.

Raise your hand if…

Last year LG introduced the ‘Boombox’ feature that uses the body of the phone to vibrate and boost sound when it’s placed on a surface. Good idea in theory, right? Turns out we didn’t actually use it all that often. And the same goes for the new palm reading feature on the G8S. LG wanted to revolutionise the phone unlocking experience. Samsung and Huawei has in-display fingerprint readers. Apple has Face ID, and now LG has ‘Hand ID’, that scans your palm to unlock your phone.

This is achieved using LG’s Z-Camera, that is similar to a ToF (Time of Flight) camera up-front (hence the large notch, we reckon). It’s used to more precisely contour the face for Face Unlock, the newly introduced Hand ID, as well as hand gesture recognition. Hand ID allows the user to scan their unique circulatory pattern — a fancy way of saying it scans the layout of veins in your hands. Then there’s hands-free Air Motion that lets you wave your hands in the air to control your phone.

And you know what? We hardly used any of these features. Out of principle, we don’t use Face Unlock on Android phones (the 3D-scanning tech can more often than not be duped by a picture). It’s also kinda awkward to hover your hand over your phone camera every time you want to unlock it. Sure, it’s more practical than reaching for the rear fingerprint reader when it’s laying on a surface. But habit dictates that we defaulted back to fingerprints every time. Sure — it was a good attempt to stir up processes that we are used to. But that’s just it… we’re used to it, so we trust it more. Also — we don’t think the massive notch is worth the weird and wonderful scanning tech. But that’s just us.

Can you do the cam cam

One reason we fell in love with the LG V20 years ago was the addition of a wide-angle camera sensor. It was one of the first smartphones to feature one, and it even had one up-front. The front wide-angle has since retired, and we loved it for group selfies. Awww… The G8S here features three rear camera sensors, whereas the standard G8 only has two. The three sensors include a 13MP super-wide sensor (f/2.4), a 12MP standard sensor (f/1.8) and a 12MP telephoto (f/2.6). Which is… basically what the newly announced iPhone 11 Pro features… though LG’s got an extra MP here.

Although it isn’t the best camera setup we’ve seen in a smartphone, it is certainly the best we’ve seen from LG. The wide-angle cam is decent but tends to warp at the edges — something Huawei and Samsung have minimised in their wide-angle sensors. In clear sunlight, images are bright and clear, but the camera AI sharpens and oversaturates images. Just like we saw with the G7 cams. 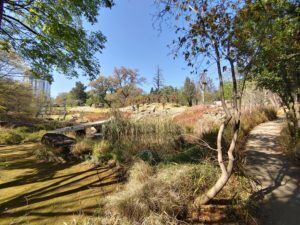 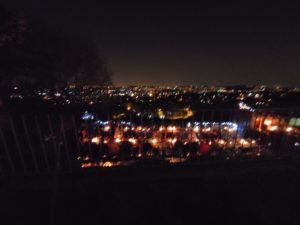 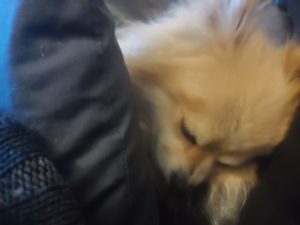 The G8S’ camera especially struggles in the dark. With no night mode present, it just lengthens shutter speed. Unless you’re taking pics of a static object in low-light, you’ll get some hella blurry images. Don’t — we repeat — don’t try to take pics of your pets in a dimly-lit living room. It won’t work and’ll blur out your shots.

And the selfie cam? We can’t really complain about it. It’s decent but won’t win you any modelling prizes (or maybe you’re just ugly). Again, low-light won’t work and be sure to turn off the beauty mode. You’re better than that. To be honest, this isn’t a hard decision to make. If you want a brilliant phone that doesn’t cost R15k to R20k (in the case of Apple closer to R30k), then look at the G8S. Camera quality is decent enough not to be categorised as a mid-ranger, and it’s got some neat features. There’s a decent spot of design here and the phone’s powerful enough to not make you regret your purchase.

Sure, LG has introduced a few odd features like Hand ID and the Jedi-hand waving Air Motion control that doesn’t seem all that useful to us, but maybe it’s right up your alley. Like germophobes — they would love these features for sure.

You can also get the LG G8S for just R12,000. It’s available on contracts at all major mobile service providers.

As far as flagships go, though, LG really ramped up development on everything that matters with the LG G8S: design, performance and camera sensors.