The mid-range smartphone market is bigger than ever, with notable brands like Honor, OnePlus and Xiaomi becoming available in the lower price-range market. The only problem? OnePlus and Xiaomi aren’t widely available from official distributors, so we need to go looking elsewhere for other options. Luckily, you don’t have to go looking that far, with Hisense delivering some mad skilled smartphones for under R10k.

Introducing the Hisense Infinity H30 phablet — an unlikely competitor that really impressed us. We used the Infinity H30 as our primary handset for a few weeks, and rarely ever felt like we were using a mid-ranger. Mostly due to its good looks, big form factor and practical features.

The Infinity H30 is fitted with a huge 6.5in FHD+ display, dual camera sensors around the back, 4GB of RAM and sports a two-day battery life on its monstrous 4,530mAh battery cell. Sounds like it could easily take on a few flagship devices, right? We mean, only two years ago the Samsung Galaxy S8 launched with a base 4GB RAM. But, let’s get down to the nitty gritties.

It’s a looker for sure Just look at it. Hisense really didn’t hold back on design development on this one. The Infinity H30 is one of the best looking phones in the mid-range market right now. The larger-than-life 6.5in FHD+ display features a small teardrop notch up top. Hisense went ahead and branded it the ‘U-Infinity’ display, referencing the edge-to-edge form factor with a tiny notch. Even though it’s just FHD+, the screen is bright and blacks are deep. Consuming media on it is a complete delight.

Around the back, you’ll find a brilliant shiny gradient — the kind that Huawei made popular with its P20 Pro range. It comes in two variants: Ice Blue and Violet Ocean, both of which is mesmerising. Our review unit featured the Ice Blue gradient, which changes hue according to the angle light lands on it. We had more than a few instances where folks would ask which phone we’re using, expecting to hear ‘Huawei’ or even ‘Honor’. People were often surprised to find out it was the lesser-known Hisense.

The back also features a fingerprint reader (we still love back-mounted fingerprint sensors, tbh), the two vertical camera sensors with a flash, and the subtle logo addition in the lower left. All-round, the Infinity H30 doesn’t look like a phone you just spent just over R5k on. You’ll also find a clear phone cover (one of the better quality ones we’ve seen) in-box, as well as a screen protector in the box. Nice guys, those Hisense fellas. The insides are just as impressive when it comes to everyday use. It’s got a MediaTek Helio P70 Octa-core processor under the shiny hood, along with 4GB of RAM and 128GB onboard storage. Yeah, it’s not the latest Snapdragon or Kirin, but this little dude can perform.

Throughout testing, we never encountered uncalled-for hanging of apps, dropping processes or slow performance. This all while maintaining superb battery life. It managed to run most mobile games we could throw at it, basic work and (a lot of) social media browsing.

Of course, Hisense keeps punting the ‘AI’ features built both into the processor and the camera tech (more on that later). Apparently, AI features built into the MediaTek chipset is used to boost battery life by optimising processes, and enhance the clock-speed of the device. This could be part of the reason we experienced such great performance, but we can’t be completely sure. All we know is that this is serious spec skill from a R5k-odd device. All good things must come to an end, we reckon. Design and performance may have set the bar too high, because the camera was the Infinity H30’s biggest let-down. Both front and back. It’s kinda like going for a haircut at a high-end stylist and walking out with a mullet.

Let’s start off with the back — here you’ll find two sensors: a 20MP (which is software-enhanced, apparently) and a 2MP sensor. Obviously, Hisense wants us to understand that it’s AI-powered and has all of the AI flex in the world. It’s likely just the enhancing software that, in theory, helps the images look better. We found that picture quality was fine in clear, natural light. But once you go indoors or take low-light pics, you lose a lot of thse ‘enhancements’. And pictures look pretty dull to boot. 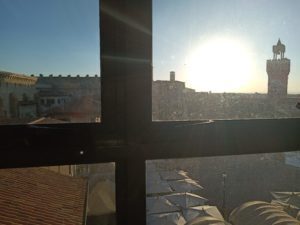 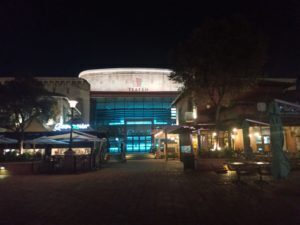 Up front it has a 20MP sensor mounted in the small teardrop notch. Here Hisense bet a lot on the AI skills of the selfie camera. We found filters and ‘beauty mode’ (that comes stock, you can switch it off though) to be very intrusive. If smartphone makers can just stop that, that would be nice. 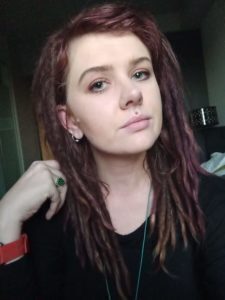 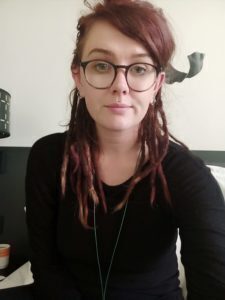 You know what? There really isn’t much to complain about when it comes to the H30. It has impressive looks, great specs and a wonderful display for the low price of R5,300. And you know what? There aren’t many sub-R6k smartphones available in South Africa right now that have the performance chops that the H30 offers.

If you’re looking for a phablet (remember, this dude is huge af) that can run pretty much everything you can throw at it and looks good when showing it off to your friends, definitely check out the Infinity H30. Or browse through Hisense’s other mid-range offerings, but we reckon you’ve got what you need right here.

Introducing the Hisense Infinity H30 phablet -- an unlikely mid-range competitor that really impressed us in our review time.