Everyone’s getting a battle royale these days. Like a Mountain Dew-crazed Oprah handing out gaming goodies, just about every video game is getting a battle royale variant. The latest? Fallout 76, for some reason. Oh, and this fan-made conversion of the original Super Mario Bros., known simply as Mario Royale. Which you should go out and play right a-bloody-way.

And the reason for such urgency is twofold. First up, Mario Royale likely isn’t long for this world. Having loads of attention drawn to it also means that, like a family-friendly Sauron, the all-seeing eye of Nintendo should be pointing this way shortly. And Ninty, while excellent in the games and consoles sphere, isn’t known to be very forgiving of others using its properties without permission. We’re expecting the game to be shut down soon, despite the ‘Please don’t sue me’ disclaimer that pops up briefly when you’re loading in between games.

Fast, fun, and there’s no way I missed that jump 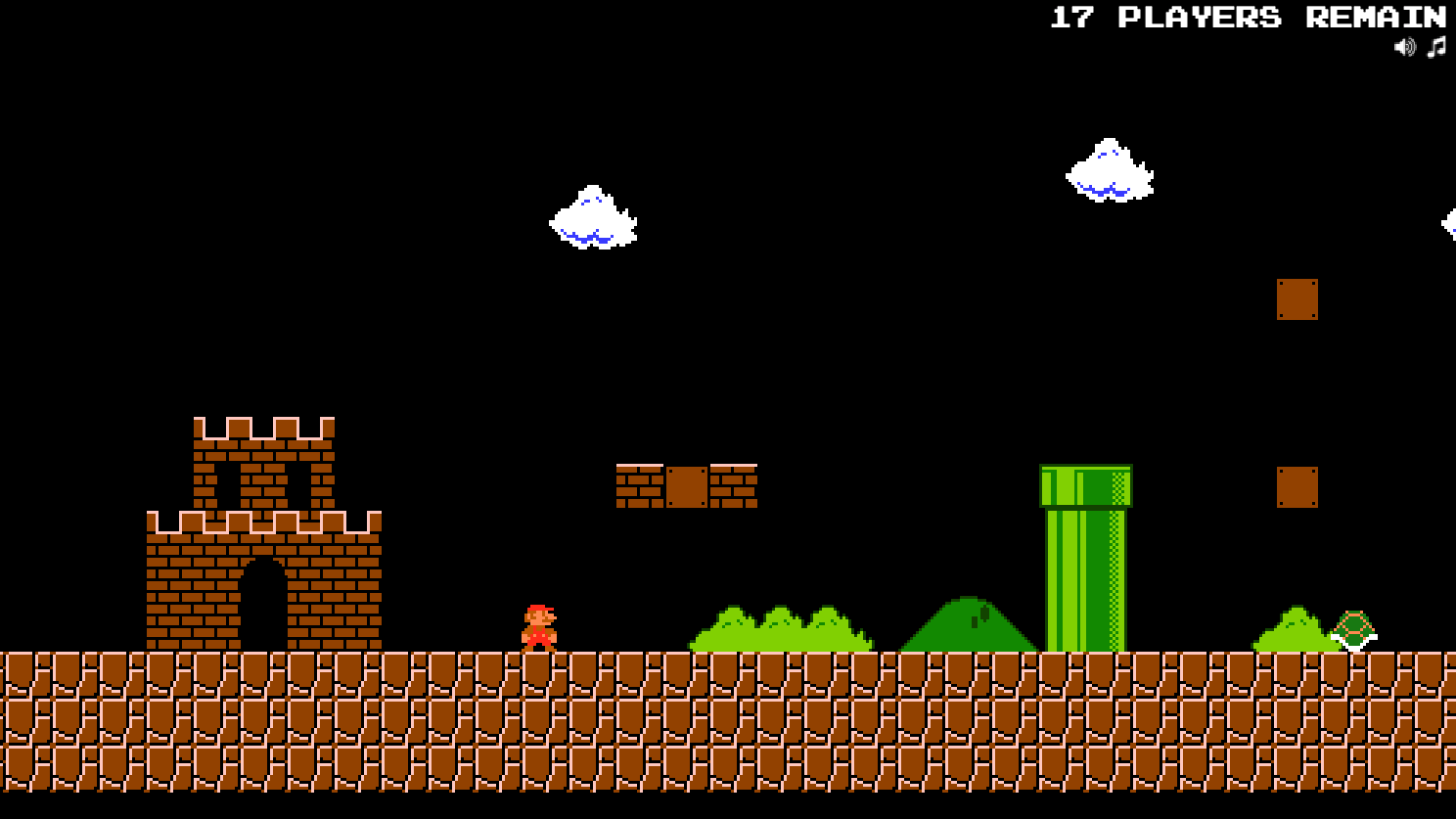 The second reason for you to fire up Mario Royale in your browser is because it’s an absolute blast. It’s not enough that you’re running around the original Super Mario levels, you’re not doing it alone. There are 75 other players vying for the chance to be the last one to die. You think that picking out your Smash Bros. character is tough on a busy stage? Try spotting which of 75 identical characters is yours as they bump, bumble, and overlap on World 6-1 just before you get your er… stuff… wrecked. Again.

It’s a very interesting take on the battle royale model. There’s no jostling of characters off the sides, although there is (limited) interaction with other players. If you’ve sent a Koopa Troopa flying off in one direction, another Mario will likely be along to stop, bounce and change its direction. Which could, you know, kill you. You’ll also feel the nudges if you’re standing atop a block another player is head-banging against — which throws off the old muscle memory like you would not believe. Also, avoid whoever gets the Star powerup. They, as it happens, can kill you.

But, as we’ve said, we’re not expecting this one to survive in the wild for too long. Which is too bad, since it’s quite a blast to play.