Apple’s obviously got an updated mobile OS on the way. Why? Because it’s been a year since the last one. And that’s how Apple rolls. At WWDC 2019, Apple showed off a bunch of the features inbound with iOS 13. Everything from standard upgrades to more intricate features were detailed at Apple’s event, with a whole lot of demoing going on. Let’s take a look. First up, there are some speed upgrades coming. Faster face unlocking, as well as smaller downloads and updates. Which results in faster app launches. How? Apple Magic, by the sound of things, but smaller file sizes across the board might have a little something to do with that. Still not sure how Apple’s pulling this one off though.

Dark Mode comes to iOS with iOS 13 as well, because everything is better with Dark Mode. While demoing the gothic colour palette, Apple also showed that the keyboard has the option to swipe to type — Swiftkey style. Faster sharing features will also be a thing and Apple’s going to be bringing time-synced lyrics to the Apple Music app as well. It’s a bit of a weird feature set for reveal alongside Dark Mode but we’ll take it.

Look around you, what do you see?

Apple’s gone full-on rebuild with its navigation options, rescanning a whole lot of the US to improve the detail of the company’s native Maps app. Only the States is being reworked for the moment, with other countries being added later. There are a collection of sharing features now baked into Maps and Apple’s looking to make it a whole lot more accurate than before. Not that we’ll notice, because not only do we expect South Africa is pretty far down the update list… but we all use Google Maps for our navigation needs anyway.

Then there’s Look Around — basically Apple’s version of Google’s Street View. Look Around adds some AR-like features while exploring. Moving around a virtual environment looks smooth as you could want in practise. It offers real-time transit data and location sharing with friends, but with Apple’s current privacy focus. The company’s really all-in on that one. Really, really all-in.

That’ll be all, private 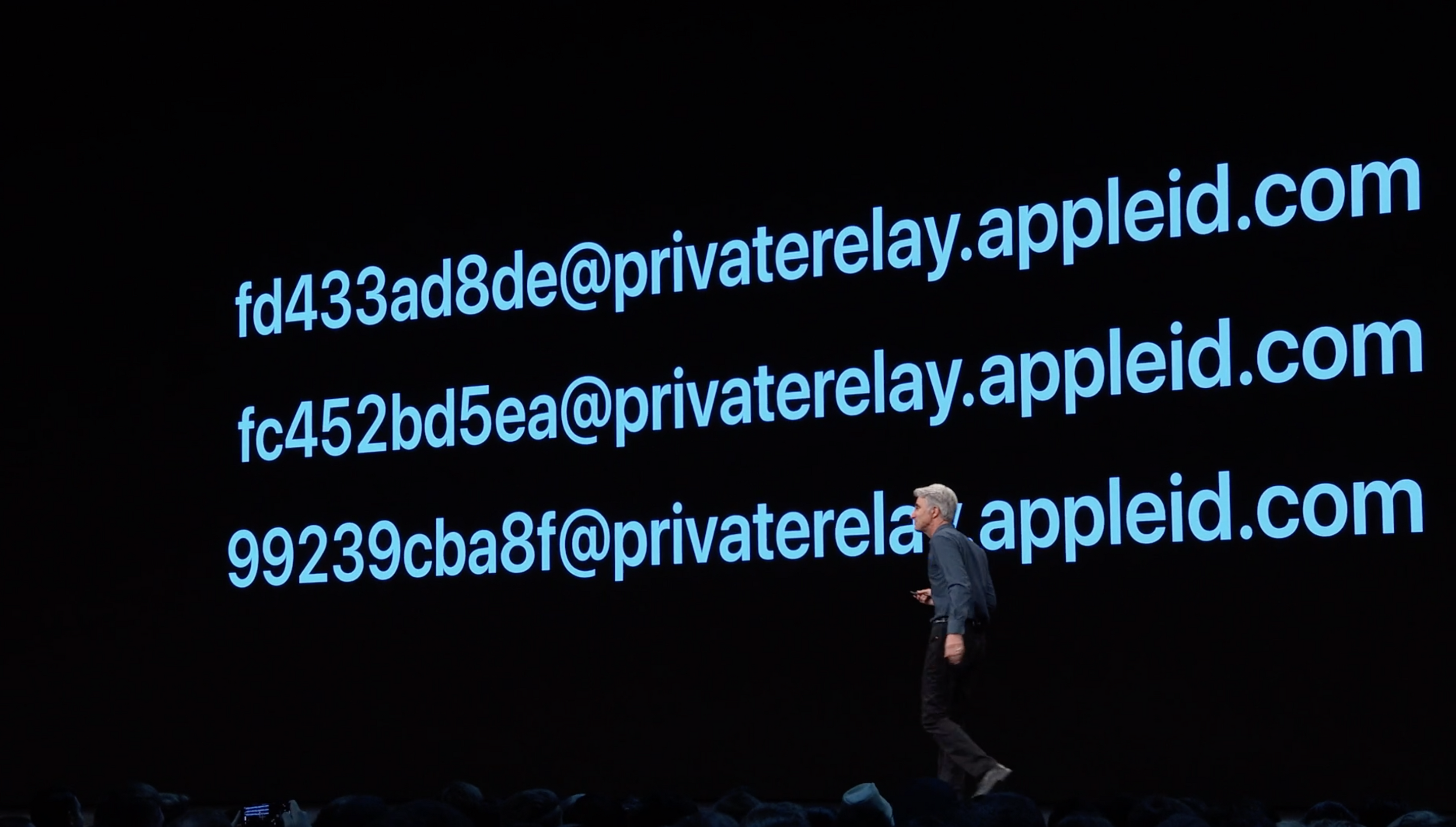 How all-in? Well, Apple’s locking down permissions, letting users specify location data usage in a way that suits them. Users can tell an app to only use location once, or give it constant permission but with iOS 13 keeping an eye on things and keeping users informed. Oh, and iOS 13 is killing off Wi-Fi and Bluetooth scanning that some apps use to circumvent some location-sharing permissions.

Apple’s also killing off social media logins in favour of something called ‘Sign In with Apple’. We’re not sure how that’s better but Apple says it is. Since Apple’s not revealing your info to the apps in question, it might have a point. Users can hide their emails as well, with Apple creating a fake random email to share with an app. This randomly-created email forwards to your actual email, keeping identities secure. And, best of all, each app will have a different random email assigned. So much for building shadow profiles, yeah?

There’s also HomeKit Secure Video, which uses an Apple device to analyse home camera recordings (from, say, a Netatmo or similar home sentry), on-device, before being encrypted and sent to iCloud storage, rather than being analysed in the cloud. Upcoming HomeKit-enabled routers will cut off IoT devices if they’re compromised, saving the rest of the network. Apple thinks that you really, really want to create a little avatar of yourself. How do we know this? The addition of loads more creation options for customisation. Makeup, teeth, hair, jewellery, lipstick, piercings, and all manner of other custom goodies. Because reasons. Stickers featuring your new avatar will be automatically created, and these can be used with other apps in the Apple ecosystem. Provided the device you’re using them with has an Apple A9 chip or better. Sorry Bitmoji, it looks like your days (with Apple users, at least) are numbered. Improved lighting options are headed to Apple’s Portrait mode, as well as a host of basic, but seemingly powerful, image editing options. Colour, rotate, add filters and effects — you know, Instagram-like stuff. Most of which was there already, but which is now easier to access and fiddle. And, moreover, all of which will be coming to videos for the first time, as well. These options have been available before but usually as a result of an external app. Now, Apple’s making it all native.

The Photos app is getting new sorting options, too, which split your shots into Days, Months, and Years. The categories are pretty self explanatory but it’s the intelligent sorting that really caught our attention. It’s nothing earth-shattering but anything that organises our lives for us is welcome. Options include the ability to strip out screenshots and other image bunkum, along with videos playing in thumbnail view or easier spotting of share-worthy fare. Siri is getting smarter. For starters, the digital assistant now sounds even more human. That’s something Apple demoed on stage and we’re not sure whether we should be scared or impressed. Perhaps a little of both.

Siri’s taking on some new duties as well — like better integration with the AirPods (allowing users to dictate a reply while going about their day/spinning session/whatever) and taking on a role in Apple’s CarPlay system. Siri will suggest apps and functions, while interacting with drivers and passengers. But, Siri will never take over to the point were you can’t see what’s going on. Subtle, Apple. We like it. Oh, and if you’ve got two pair of AirPods and you want to play music to both that’s going to be an option, too. Which is pretty nifty.