Dell has revealed three new gaming laptops at this year’s Computex. Most notably the company showed off its Alienware’s m15 and m17 laptops, which feature new hardware and a more streamlined design, as well as an update to Dell’s more affordable G3 series.

Alienware announced its ‘Legend’ slimmer form factor at CES earlier this year, but we were finally able to see the design IRL with the m15 and m17. These models pack the new Nvidia GTX 16-series, or RTX 20-series GPUs, 9th Gen Intel Core i5 to i9 processors and either a 144Hz or 240Hz OLED display up top. 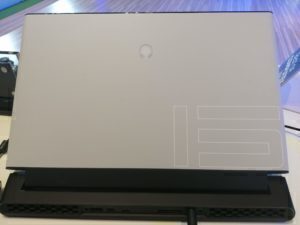 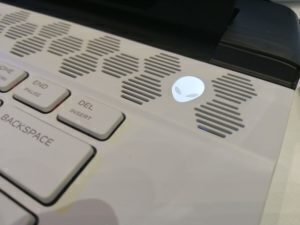 Obviously configurable, the new Alienware additions can be fitted with the Nvidia GeForce GTX 1650, up to the RTX 2060, 2070 or 2080, and have a maximum of 16GB memory, which is kinda odd considering previous iterations had up to 32GB — hopefully the insane graphics power can make up for a lower RAM ceiling.

These gaming laptops have a redesigned keyboard with per-key RGB LED AlienFX lighting. They’re 20.5mm thick and the m15 is around 4.5g lighter than its predecessor — which doesn’t sound like much until you have to haul it around for a while… after which you realise, yip, the weight change is pretty much indiscernible. 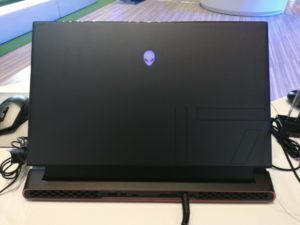 Both also feature an upgraded thermal solution — the Cryo-Tech Cooling 3.0 technology. This system allows for 20% better airflow and thermal efficiency than the previous gen, which anyone with an unusually warm lap can appreciate.

The biggest upgrade from this lineup is the Dell G3 15 – which hasn’t seen a major update since its 2018 release. This budget gaming laptop has received a complete makeover — inside and out. 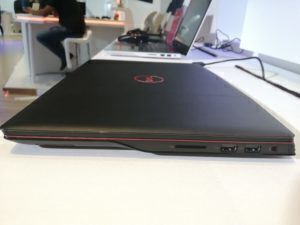 The new G3 also has Alienware’s Command Center support for customisation, including its Nahimic 3D Audio and, of course, the much-loved RGB lighting. It also features a sleek design, narrow bezels, an optional 144Hz gaming display, a four-zone RGB backlit keyboard and a new S-curve design that accommodates larger component ports near the back.

Of course, these reveals have taken place at Computex in Taipei, so local info is a little difficult to confirm. Once we receive feedback from Dell South Africa about local availability and pricing, you’ll be the first (okay, probably the third) to know.

UPDATE: The Dell m17 has been locally priced, starting from R30,000. Those units are currently available here, as is the Dell m15 (which starts from R25,000). The Dell G3 will be available in September and will start from R16,000.