UPDATE: The fine folks at the official South African Lego store have confirmed that this one will be appearing in South Africa after launch. We’ll have details on pricing and availability as they become available.

It’s no secret that the Stuff team are massive fans of Stranger Things, Netflix’s nostalgia-fuelled horror series. It might be the late 1980s aesthetic, the often low-key horror elements (which come off like well-executed Stephen King), and the fact that the storylines are just so good. Which makes us perfect targets for this Stranger Things-themed Lego set, simply called The Upside Down. 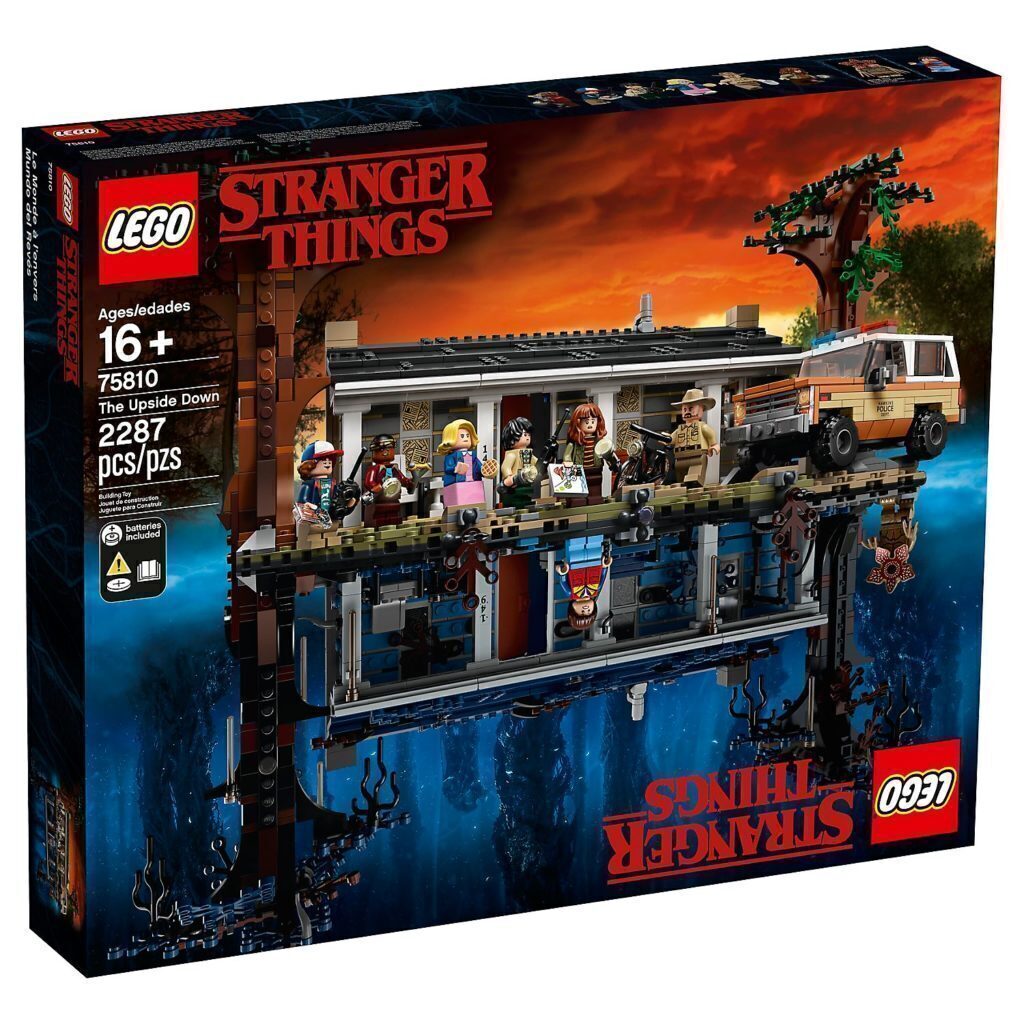 If you’re familiar with the first season of Stranger Things, you’ll know that the younger Byers brother spent some time in an unpleasant location called the Upside Down. The Lego set lets you build that place, as well as the Byers home where the iconic light-based Ouija board arrangement was created. Many of the series characters are reproduced in Lego as well: Eleven, Mike Wheeler, Lucas Sinclair, Dustin Henderson, Will Byers, Joyce Byers, Chief Jim Hopper and the Demogorgon. Oh, and Hopper’s vehicle. That’s totally there as well.

Shut up and take my money

The 2,287-piece set looks like it’s be a blast to build and even more of a blast to display. Until some small kid who doesn’t understand the concept of pillars whips it off the shelf and onto the floor. But then you get to built it again. Right? The design allows for the set to be flipped at will (no pun intended), so either the real world or the Upside Down can be displayed topside. As for the cost? In the States, the set will set buyers back $200, or about R2,850. At this point we don’t know what local pricing will be.

If The Upside Down is going to turn up anywhere in SA, it’s going to be at the official Lego store. We’ve checked and it’s not available here (yet). But that’s fine, because it’s only landing Stateside from 1 June this year. We’re expecting a little delay before it bursts forth into the South African market. Stay tuned.