This week at the F8 developer conference Facebook CEO Mark Zuckerburg announced updates to the company’s three core platforms, AI developments and VR. The company also pushed its new motto: ‘The Future is Private’, an obvious reaction to some of the numerous detrimental privacy scandals it’s faced over the past few years.

Facebook also took the opportunity at its developer conference to respond to the public about security concerns and its plans to implement more ‘privacy-focused’ updates in the future.

Users of Facebook can expect a redesigned website and core app that’ll put more emphasis on groups and events. Meanwhile, Instagram is toying with hiding ‘likes’ soon (which is sure to get all sorts of backlash from the influencer crowd), and WhatsApp Business is going to introduce catalogues, which will enable users to browse product catalogues in the messaging app itself. 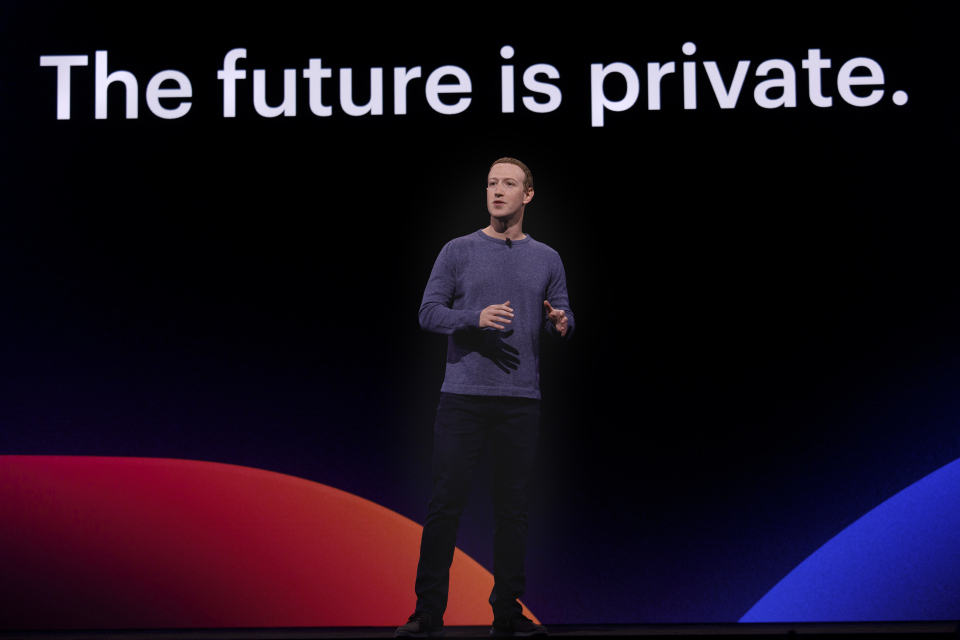 Zuckerberg also plans to ship the new $400 (around R5,800) Oculus Quest and Oculus Rift S headsets globally from June this year. Boasting lower pricing than many competitors (the HTC Vive retails from R12,000), the headsets include the necessary computing power in their hardware, rather than needing a high-end gaming rig to connect to. The company also announced it plans to start shipping its smart display/video-calling Facebook Portal devices internationally.

During a presentation at F8 on Wednesday, Facebook CTO Mike Schroepfer went into more detail about the company’s artificial intelligence (AI) advancements. He showed off how the Facebook Portal camera can track people in a room, and how AI identifies explicit images and hate speech.

Instagram will receive an overhaul, and Facebook wants users to feel ‘less pressurised’ while using the platform. The image-sharing platform will make follower counts less prominent, and will hide the amount of likes users get on each post. According to Facebook, this will help people focus on connecting with others and downplay competition for the number of likes and followers they rack up.

Create Mode will let you start a Story without first uploading a photo or video. The new feature lets you start a Story with stickers, quizzes, countdowns or text. It’ll also launch Donation stickers, which can be used to raise money/donations in-app. And direct shopping in the app will also be streamlined with a Checkout feature that’ll make purchasing from companies or celebrities easier.

Facebook is also reportedly working on updates to combat cyber-bullying. But it seems like these won’t roll out just yet, as they are mere concepts at this stage. These tools include comment filters, and Instagram giving you a nudge when you’re typing something that seems aggressive. There might also be an ‘away mode’ to switch off Insta for a bit if you need the digital time off.

Facebook Dating surfaced last year in a handful of markets, and it’s clear FB wants a piece of the lucrative digital-dating pie. It’ll now introduce a new feature for Facebook Dating that lets users (in certain countries, for now) select up to nine Facebook friends they’re interested in romantically. These friends will only learn that you have a crush on them if they also use Facebook Dating and add your name to their Secret Crush list, too. Once that happens, you and your friend will get a notification that it’s a match. Voila! Dating. But via Facebook… which makes us, umm, nervous.

Then, the social network is also testing a new feature called Meet New Friends that recommends new friends based on where you live, work, what university you attended or groups you’ve joined. This feature is only being tested in Vietnam and Colombia for now, but will roll out internationally in the future.

If you decide to opt into the friend feature, News Feed will be able to narrow down user-specific suggestions for friends by selecting certain interests. Then you’ll be able to choose which activities you’d like to do with new friends (like getting coffee, exploring the city and playing games), and you’ll be shown a list of potential friends.

Facebook will also introduce a new tab for events, that includes a map of nearby happenings and recommendations based on your interests.

Messenger should be a ‘private space’

Although Facebook proudly owns one of the biggest instant messaging apps in the world, WhatsApp, it still has big plans for its primary messaging platform — Messenger. The company plans to release tools to make it easier for businesses to find customers, book appointments and provide customer service. Messenger users will also be able to watch videos together, a feature the social network plans to make available globally later this year. It’ll also create a place on the messaging app to view photos, videos and other content in a shared space.

Facebook is rebuilding the Messenger app so it can launch in less than two seconds and doesn’t take up as much space on your smartphone as part of a project called LightSpeed. It’ll also receive a new desktop app for Windows and Mac.

F8 Roundup: What’s the point of all of this?

To be completely honest, the intensive focus on privacy feels incredibly forced — something Facebook wouldn’t have acknowledged as a real issue had it not been caught out routinely and repeated misusing users’ personal information. But the fact that the company is at least trying to address the public outcry is a start.

Many of these updates don’t feel completely necessary from a user perspective, though. Updating interfaces and layouts and shrinking apps isn’t likely to change the public’s opinion about Facebook. But then, we understand the thinking: If people can’t physically see you’re making changes, have you actually made any changes?