Last year Netflix announced its working on more ‘localised content’ from around the world, including South Africa. In December the company confirmed it will release a South African Original called Queen Sono in 2019, and we’ve already had Shadow to sink our teeth into. Now Netflix is planning original, local animated shows, too. The first of them is called Mama K’s Team 4 and is produced by South Africa’s award-winning Triggerfish Animation Studios. It’s a series that follows four teenage girls based in a futuristic version of Lusaka, Zambia who get recruited a retired secret agent. Their mission? To save the world, of course. 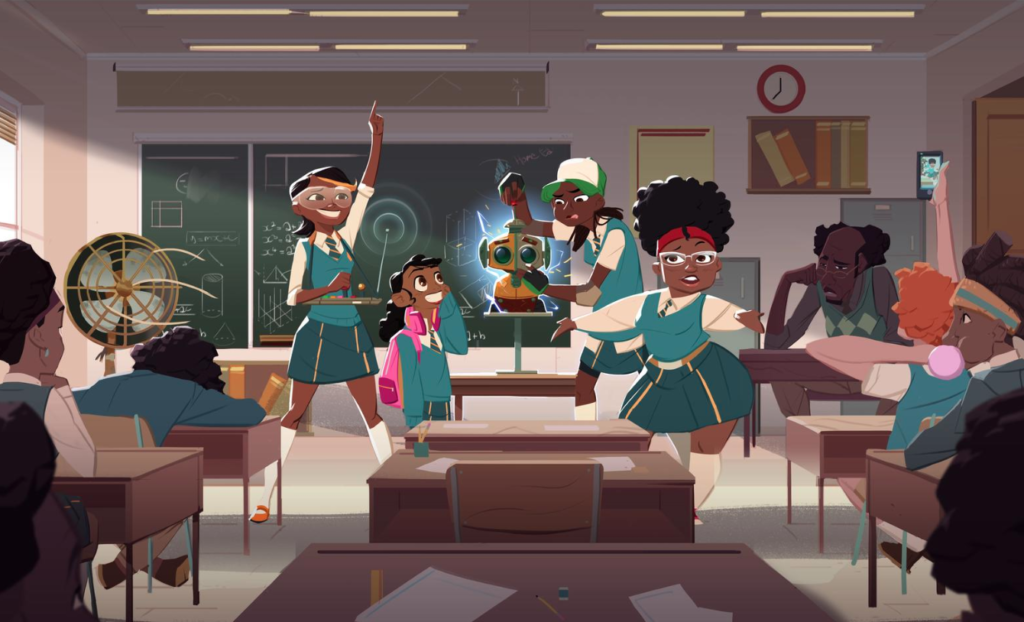 The story is created by Zambian writer Malenga Mulendema, who won an award at the Triggerfish Story Lab, a pan-African talent search backed by the Cape Town-based animation studio and The Walt Disney Co. It’s also designed by the Cameroonian artist Malcolm Wope, who mainly drew visual inspiration from retro-’90s R&B and hip-hop girl groups.

Mulendema noticed something out of place growing up watching superheroes on TV. None of them looked like her, which is why she decided to create heroes that look more like her in a world that resembled her own. “In creating a superhero show set in Lusaka, I hope to introduce the world to four strong African girls who save the day in their own fun and crazy way,” says Mulendema. “Most importantly, I want to illustrate that anyone from anywhere can be a superhero.”

Netflix, along with Triggerfish and British production company Cake, is now searching for additional African female writing talent to join the creative team on the series. If you’re interested, check out the careers page on Triggerfish.com.