For many avid tabletop gamers, The Settlers of Catan is the one that got them hooked. It’s a gateway board game, if you will, and often gets credit for beginning a life-long obsession… and requiring a spare bookshelf to store all the games purchased in its wake. It’s also known to test friendships, marriages and other human relationships. Now you can lose virtual friends, too, because Catan is coming to the Nintendo Switch in June.

Catan is a relatively easy to learn strategy game that requires just about as much skill as luck, in our experience. Players need to successfully settle the island of Catan by building assets with resources acquired by a roll of the die (and some cunning placement of settlements in the early stages of the game). You need to optimise routes to easily access your resources and accumulate enough of them to build things… and trounce your rivals.

Get ready to Settle Digitan

Fans (and new players) will get to play the insanely popular board game on the Switch soon, thanks to developers, Asmodee Digital. We don’t know what it’ll cost or how multiplayer will work… but we’re excited anyway. 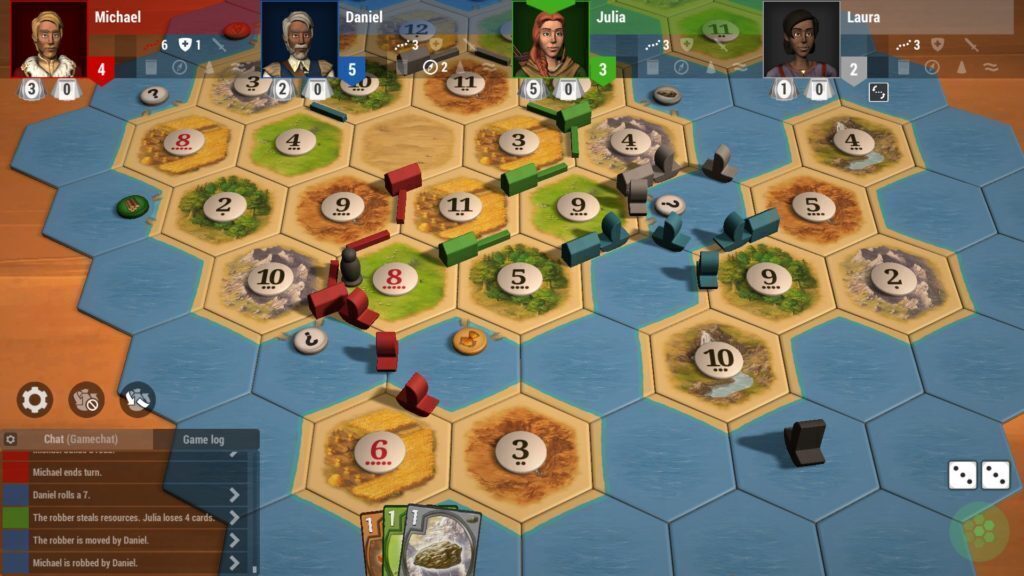 “We are eager to let players play Catan on the Nintendo Switch as we’re sure it will appeal to those who played the board game while also engaging with new audiences having an opportunity to discover this masterpiece. Combining our unique digital expertise and board game roots is key in delivering an immersive experience on par with what critics and players expect from Catan in the digital era,” says Pierre Ortolan, CEO of Asmodee Digital.

If you’ve been putting off learning more about the game before diving in and playing, this might be a good time to start. The game will launch officially on 20 June 2019.