The Nokia X71 might sound like the tech company is working on a spy-plane rather than a smartphone but that’s obviously not the case… unless Nokia’s hiding something from us. But no, the Nokia X71 is definitely a smartphone. One with a great many pixels at its disposal. We can get behind that.

But before we get to check out the camera(s), it’s worth glancing at the screen. Taking a page from Samsung, Nokia’s dropped the screen notch for this one. Instead, we’ve got a hole-punch display for the front-facing shooter to peer out of. Hopefully, someone’s going to make a custom wallpaper to two so we can disguise that hole with characters from a Matt Groening comedy series.

Internally, Nokia’s Android One device will be packing a SnapDragon 660, 6GB of RAM, and 128GB of storage — a set of numbers that sticks the X71 into the mid-range. That lovely hole-punched screen is 6.39in in size and it houses the front-facing 16MP camera. 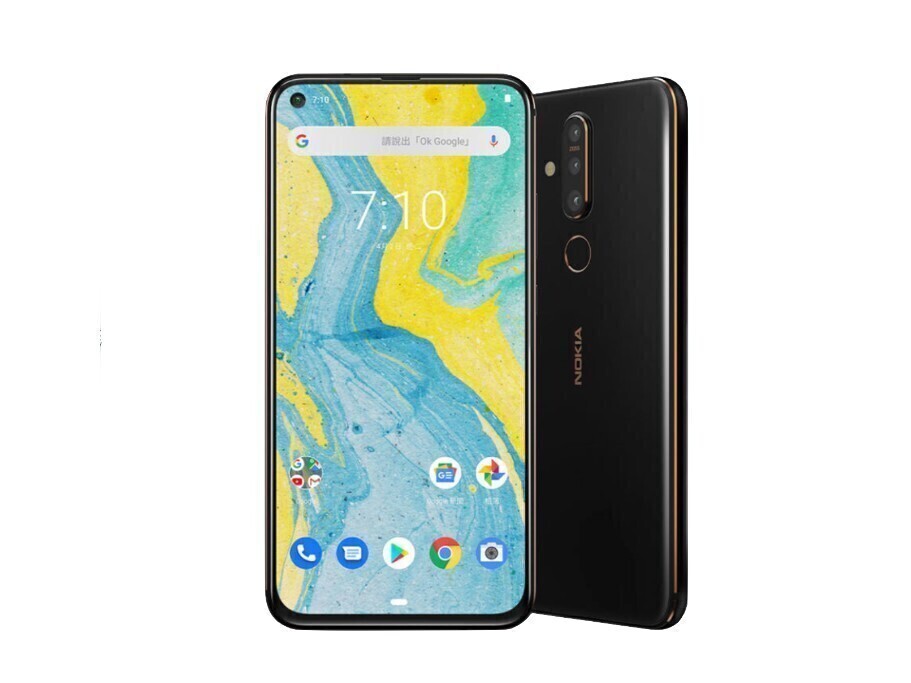 On the back is where all the magic will happen. There are three camera sensors. There’s a 48MP main camera, an 8MP wide sensor, and a 5MP depth camera. There’s a 3,800mAh battery and it’ll be running stock Android 9.0. Because of Android One, obviously. There is a 3.5mm headphone jack, if you’re fond of your wired cans, and a fingerprint sensor. Can’t go without that one.

The X71 is set to launch in Taiwan, for the local equivalent of about R5,500. According to GSM Arena, we might see it turn up here under a slightly different name: The Nokia 8.1 Plus. So definitely not a spy-plane then.