Huawei’s just revealed the details of its P30 range of smartphones at a press conference in the Paris Convention Centre. As expected, the company has unveiled three devices of varying degrees of fanciness: The P30 Lite, P30 and P30 Pro. While they’re all appealing, it’s the Pro we’re going to focus on as it gets all of the new features, even though we know most of them already thanks to Huawei’s own leak.

We loved the triple camera setup on the P20 Pro, and we liked the revised setup – that added a super-wide – of the Mate 20 Pro even more. The P30 Pro takes the Mate 20 Pro’s rear-camera kit and adds a fourth, time-of-flight (ToF) camera below the flash. 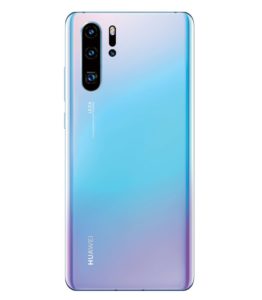 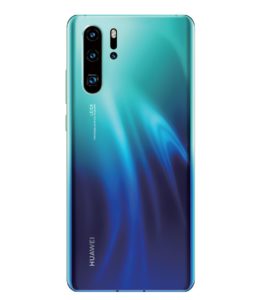 The ToF camera uses infrared beams (and the time it takes them to return) to measure distance. Add that to the triple camera setup and you get the ability to adjust the depth of field of images after capturing them, along with variable or multi-layer bokeh photo effects (in other words, the bokeh of something near will look different to that of something far away, as it doesn’t with a DSLR, rather than the single treatment of bokeh mobile cameras usually serve up). Like the Mate 20 Pro, the P30 Pro includes a 40MP primary camera, a 20MP ultra-wide, and an 8MP telephoto. The main camera uses Huawei’s new SuperSpectrum sensor, which the company says is physically larger than the sensors found in Apple or Samsung’s latest handsets.

That larger sensor combined with the processing algorithms Huawei’s cooked up in partnership with Leica should translate into stellar low-light performance. It also means the P30 Pro can zoom, zoom, and zoom some more (what is it, a Mazda?). Optical zoom is now up to 5x — up from the 3x of the Mate 20 Pro — and digital/hybrid zoom now extends to a staggering 50x. We’ll have to test it ourselves before we offer a verdict, but on paper at least it sounds like our favourite pocket camera just got even better. Get ready for steady

Huawei’s also added some new tricks to the video side of things. Users can now zoom up to 15x via what Huawei’s calling “SuperZoom Video” and will enjoy the same sort of bolstered low-light performance expected from the device’s stills. But, more importantly, there’s now video stabilisation of the sort offered on the Samsung Galaxy S10. We’re assuming it uses the same mechanism of shooting 4K and then cropping into it to 1080p… but we’ll confirm when we have more information.

Up front there’s a 32MP selfie camera — which is the reason for the tear-drop notch in the display — and as you’d expect it also includes support for low-light shooting and for HDR shots. What we really want is to be able to take pictures of the P30 Pro itself, though. The blue-to-green pearlescent ‘twilight’ finish introduced with the P20 now becomes ‘aurora’, and there’s a new pastel-hued finish we’re calling ‘unicorn’ (though Huawei’s calling it ‘breathing crystal’). They’re both really fetching, and though we’re sad to see the micro-etched surface the green and blue Mate 20 Pro’s offered, as most people will stick these things in covers anyway it probably doesn’t matter.

The P30 Pro is IP68 rated so it’ll survive shallow swims, and it comes with 256GB of storage and 8GB of RAM as standard. It inherits the same 4200mAh battery as the Mate 20 Pro. The P30 has to make do with a smaller 3650mAh cell. The P30 also has to do without the wireless charging and reverse wireless charging found on the P30 Pro. Both get Huawei’s 40W SuperCharge tech, though, which means half an hour plugged in will get you a whole working-day’s charge.

Like Sony’s recent Xperia devices, the P30 Pro ditches the speaker at the top of the screen and vibrates the phone’s display instead. And like, well, most recent flagships, there’s an in-display fingerprint sensor (optical, to be precise) in both the P30 and P30 Pro’s OLED displays. Processing power for both top-end handsets comes from Huawei’s own Kirin 980 chip. We’ve had no complaints using it in the Mate 20 Pro, and as it’s going to power the folding Mate X, too, Huawei clearly believes there’s plenty of life to be had from it yet.

There’s no headphone jack on the P30 Pro, but you’ll find one on the P30 and the P30 Lite… which is some consolation for the other sacrifices those handsets make, we guess.

We’re not expecting confirmation of local pricing until next week’s local launch, but we are expecting it to be in line with the P20 family of devices’ launch prices… in other words, expect to pay around R19,000 for the P30 Pro. We’ll have all the info on local availability, pricing and whatever else gets revealed at the South African launch event next Wednesday, 3 April 2019.