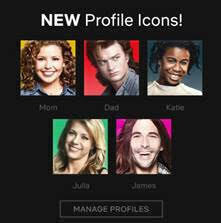 Netflix might be ever so nervous about Apple’s upcoming streaming event. The company was spotted testing out a new tier of the video streaming service, though for the moment the tests are confined to India and other “select countries”. Costing just $3.70 or so (R55), the tests are for a mobile-only version of Netflix. Which… is an option that we can really see taking off here in South Africa — provided it ever arrives. Concerning the test, Netflix says it “…will be testing different options in select countries, where members can, for example, watch Netflix on their mobile device for a lower price and subscribe in shorter increments of time”. Which sounds to us like just what the doctor ordered for SA — though locally launched and competing services like Showmax and Cell C’s Black might not be too pleased if the option does turn up here. There’s no indication or timeline on when (or even whether) the service will make a mobile-only tier more widespread, sadly.

Stranger Things Season 3 has a new trailer, lands this July

Team Stuff‘s been dying to get its hands on the new season of Stranger Things, the ’80s throwback TV series that owes so much to Stephen King (and other American writers with a taste for the macabre). Chances are you feel the same, judging by the response to the latest trailer. Seriously, that’s a lot of views. And if you have not yet added to their number, it is time to correct that. The kids have gotten back together and it looks as though things are going to get weird again. But in a totally different setting (more or less) which is great. For everyone. Except maybe the people inevitably experiencing horrible things. To catch the trailer before the world of Hawkins flips upside down again, hit up the link below. Stranger Things Season 3 drops on the 4th of July this year. One of the most iconic (and recognisable) anime series on the planet has never (ever) been available for streaming. Until now (if ‘now’ is defined as a date to be reached in the near future). Netflix has the rights to broadcast Neon Genesis Evangelion and it’ll be airing the weird giant-robots-and-psychological-issues show from 21 June this year. That’s it, that’s the news. But, if you’re an Eva fan, that’s some pretty damned big news. Finally, you can convince a significant other to sit though the initial 24 episodes so you can see the look on their faces as they try to work out what just happened. Whether they trust your recommendations afterwards…? That’s your lookout.

Did we do something right in a past life? Vampire: The Masquerade – Bloodlines is getting a sequel?!! If we were going to make a list of stuff we never expected to see, right up at the top would be a man eating his own head. But not too far below this would be a sequel to Vampire: The Masquerade – Bloodlines. Bloodlines fans know exactly what the PC game was — a janky, temperamental mess of a game that was nonetheless one of the best pen-and-paper to video game adaptations ever committed to code. And we’ve got high hopes for the newly-announced sequel. On board is the first game’s creative lead, Brian Mitsoda, and the game is being published by Paradox Interactive. Bloodlines 2 is set for a 2020 launch and will be available on PC as well as the PlayStation 4 and Xbox One. Watch the first (non-gameplay) trailer at the link below.