South African TV viewers have a new video-on-demand to try called Viu. The service launches today and includes a catalogue of SABC and eTV content, along with a selection of ‘Viu originals’. Users can try the service free for 30 days and can access it using a web browser, or via dedicated apps for Android and iOS.

Once the free trial has expired, Viu will cost users R69/month, R20/week or R5/day. Subscriptions will auto-renew, unless cancelled. Users can pay using credit or debit cards, or via in-app billing. Vodacom users will also soon be able to bill the service to an existing Vodacom account. Subscribers can use Viu on up to five devices simultaneously. Viu is owned by Singapore-based company PCCW Vuclip and operates in a number of markets, including India, Malaysia, Singapore, Hong Kong, the United Arab Emirates, other middle eastern countries, and now South Africa. Viu says it has 30 million active users each month globally.

Through Viu’s partnership with the SABC it has exclusive digital rights to two SABC titles, Uzalo and Skeem Saam. The service offers over 2,000 hours of content, much of it Bollywood titles and other regional fare, like Pakistani content. 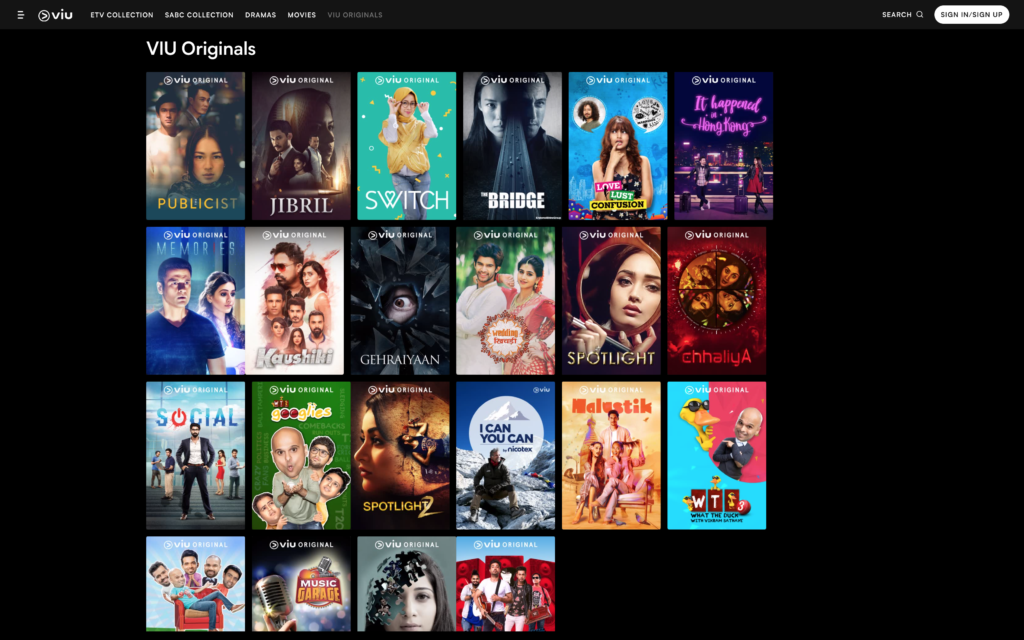 We’ll have to wait and see whether Viu expands its catalogue, which at the moment is relatively slim, especially when compared to the likes of Netflix and Showmax. It’s pricing is certainly competitive compared to the better-known services, but ultimately it’s content that wins out when it comes to on-demand services.

Viu has hinted that it could partner with local production companies to expand its selection of original content for the South African market. Here’s hoping.