This year Nokia’s skipped rummaging about in its archive to release another reworked retro handset like last year’s 8110 4G or 2017’s 3310. Instead, it’s aggressively staking its claim in the multiple-cameras-are-better market, and hoping to solidify its position as the maker of no-compromise-but-affordable feature and smartphones. This evening in Barcelona it showed off a new feature phone, the Nokia 210, an updated entry-level smartphone phone, the Nokia 1 Plus, two mid-rangers, the Nokia 3.2 and 4.2, and a new five-rear-camera-bearing flagship, the Nokia 9 PureView. Here’s what you need to know about the four of them we will be getting, and one we won’t be. Nokia’s new 210 is its most affordable internet-connected feature phone with a recommended price of $35 (around R500), but because it uses 2.5G and it’s a dual-SIM device, we’re probably not going to see it here. First, our mobile operators tend to stick to 2G, 3G or 4G, and second, aside perhaps from protracted court cases over who invented specific services, there’s nothing South African operators despise more than a dual-SIM handset.

HMD Global, which makes, markets and distributes today’s Nokia phones, says the original Nokia 1 is the best-selling Android Go device globally. The Nokia 1 Plus takes the 1’s winning formula and adds a few new bells and whistles. The 1 Plus is slimmer at 8.5mm, and it’s polycarbonate exterior now adds a nano-textured surface (look closely and it appears as though the shell is covered in tiny pyramids) that makes it grippy and will likely negate the need for a case for many buyers. There’s a 5.45in IPS LCD display with an 18:9 aspect ratio, an 8MP autofocus rear camera, a 5MP selfie snapper and — as you’d expect — Android 9 Pie (Go edition). Using the latest version of Android Go means there’s also about 500MB of additional storage available to the end user compared to what was available on the Nokia 1, as Android’s latest lightweight operating system is itself lighterweight.
While users will still have access to the full Google Play Store with the 1 Plus, HMD’s also ensured all Go versions of apps have been updated for Android 9. The Nokia 1 Plus starts shipping globally in March (HMD can’t give us exact dates for South Africa for it, or any of its other new devices) with a price tag of $99 (around R1,400) and will be offered in black, blue, or red.

The eagle-eyed might notice that the Nokia 4.2 is Nokia’s first 4-series device. Nonetheless, for the sake of naming parity, it’s called the Nokia 4.2. It and the 3.2 share a lot fo the same basic features, with the primary differentiators being their respective display dimensions and battery sizes. Counterintuitively, the 3.2 is fancier than the 4.2. Both devices include face unlocking biometric tech and Qualcomm’s Snapdragon 429 along with a teardrop notch for their front-facing cameras and a fingerprint reader beneath the rear cameras. They also get notification lights — a first for Nokia mid-level phones — built into the power/lock button and a dedicated Google Assistant button.

On the photographic front, both handsets include 13MP rear cameras. The 3.2 also gets a secondary, 5MP depth sensor around the back and an 8MP selfie camera, while the 4.2 had to make do with only one rear snapper and a 5MP offering up front. Both include seamless Google Photos integration out of the box. Both are also slated to get Android Q and R, in keeping with Nokia’s longstanding proposition of device longevity. The 4.2 gets a 5.71in HD+ edge-to-edge display and a 3,000mAh battery, while the 3.2 gets a larger 6.26in HD+ display and a 4,000mAh battery that HMD says should translate into two-day battery life.

While Samsung and Huawei both offer flagship handsets with three rear cameras, Nokia’s decided five is the way to go with its new Nokia 9 PureView. Curiously, though, rather than each camera offering different focal lengths, all five cameras on the new handset are 12MP f/1.8 wide-angle (with a 35mm equivalent focal length of 28mm) ones, with two of the cameras including colour sensors and the remaining three opting for monochromatic sensors. When a user captures and image all five cameras fire, with a composite image being created from them. Nokia says the result is impressive dynamic range and incredibly control over bokeh, with the option to edit the degree of blur after an image is captured using Google Photo’s built-in depth editor. Users can also choose to shoot in RAW (the DNG file format, in this case) and edit images on the device using the Adobe Lightroom mobile app.
The Pro Camera UI has also been updated to allow for exposure times of up to 10 seconds and 1/3 stop exposure adjustments. On the video front, Nokia’s new flagship can capture 4K HDR footage and include three acoustic overload-point (AOP) microphones for spacial audio recording.
We’re reserving judgment on the Nokia 9 PureView’s photographic chops until we can test them ourselves, but Nokia certainly gets some points for being willing to buck trends and go out on a limb. In the meantime, some supplied test shots from the 9 PureView to peer at. Click them for full-sized versions. 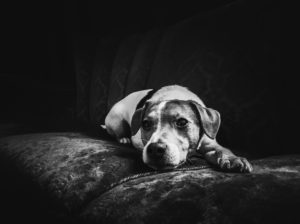 In terms of the rest of its specifications, the 9 PureView ticks all of the necessary flagship boxes. There’s 6GB of RAM and 128GB of storage along with a Snapdragon 845 processor, a 3,320mAh battery (granted, that could be a little bigger), and a 5.99in QHD+ 2K pOLED display with an 18:9 aspect ratio. There’s also an in-display fingerprint sensor, facial recognition for unlocking, IP67 weatherproofing and support for both fast and wireless charging.
The Nokia 9 PureView will be available in midnight blue around April with a price tag of $699 (approximately R9,800 before factoring in any of the inescapable duties or markups).