The ink’s barely dried on Samsung’s announcement of its Galaxy Fold folding phone and already Huawei’s out to trump it with a folding phone of its own, the Mate X. While Samsung’s offering sees its large screen fold together (with an additional, smaller display on the exterior for use when the device is closed), the Mate X’s display folds back on itself serving double duty as a pair of smaller displays or one large one.

The Mate X includes 5G connectivity thanks to Huawei’s Balong 5000 5G chipset, which won’t be much use globally until 5G is more prevalent, and probably won’t be any use at all in South Africa until much later this year, or early next, at best. Nonetheless, just as 4G devices also support 3G (and, more often than not, 2G) the Mate X should have no problem using existing mobile data networks when it launches in the middle of 2019 (whether we’ll get it here then, or at all for that matter, remains to be seen). To make its folding device a reality, Huawei’s designed a special hinge (much like Lenovo did for its watch-hinge Yoga range) it calls the ‘Falcon Wing Mechanical Hinge’.

Powered for the Mate X comes from a 4,500mAh battery that’ll support a new 55W version of Huawei’s SuperCharge tech. Meanwhile, Huawei’s own Kirin 980 processor — the same processor found in the Mate 20 Pro (and one we’ve had no complaints about) — takes care of the heavy lifting. There’s also 8GB of RAM and 512GB of storage beneath the 8in, OLED display, and instead of an in-display fingerprint sensor there’s one built into the power/lock button.

Huawei’s press release is pretty light on specs beyond those. We don’t know details of the three Leica-branded cameras or whether there’ll be different iterations of the device. The Verge reports that the screen resolution of the unfolded 8in display is 2480 x 2200 for an almost-square 8:7.1 aspect ration. When folded the primary/front display is 6.6in (2480 x 1148 resolution and an aspect ratio of 19.5:9 aspect ratio) while the secondary/rear display is 6.4in (2480 x 892 and 25:9). 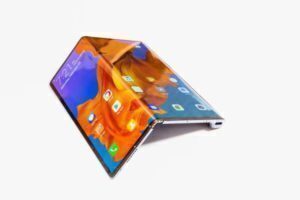 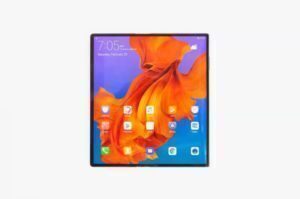 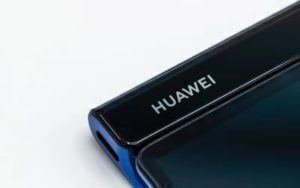 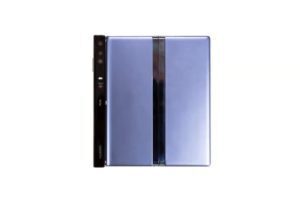 When folded the Mate X is an impressive 11mm slim, and open that drops to 5.4mm. Without specs for the Galaxy Fold we can’t be sure that’s slimmer than Samsung’s folder, but having had the chance to handle one briefly at the S10 launch event last week, we suspect it is.

Looking at the supplied images, it appears we’re going to have to make do without a headphone jack, but as Huawei’s recent flagships have forsaken it too, that’s not really surprising. Perhaps more surprising is the Mate X price. It’s slated (ahem) to cost €2,299 (roughly R36,000) when it does eventually go on sale. But then, that’s the price you pay for first-generation tech.

We’ll be sure you let you know more details about the Mate X as and when we get them. Clearly 2019 is going to be the year of the folding phone… and, frankly, we’re thrilled.