Fitness trackers are still worth your time — even though smartwatches are on everyone’s wrists right now. Apple just launched the brilliant Watch 4 that has made insane progress in the wearables sector. But you know what’s still buggy about smartwatches? Battery life.

This is where fitness trackers enter the space with confidence. With a smaller range of apps and functionality, they can last far longer than a smartwatch. This is where the Fitbit Charge 3 comes in strong — it has ample functionality for anyone who’s into fitness and checking notifications. As a Fitbit-filled office, Stuff finally got to put the Fitbit Charge 3 white Special Edition to the test. It’s had a decent upgrade from the Charge 2, with waterproofing, better and smarter notifications, an improved UI and longer battery life. It’s available in two versions — the standard Charge 3, and the Special Edition Charge 3 that has the addition of an NFC chip for Fitbit Pay.

But is it enough of an upgrade to get people excited enough to ditch the smartwatch for a boring old fitness tracker? Or to upgrade their existing tracker to something newer? 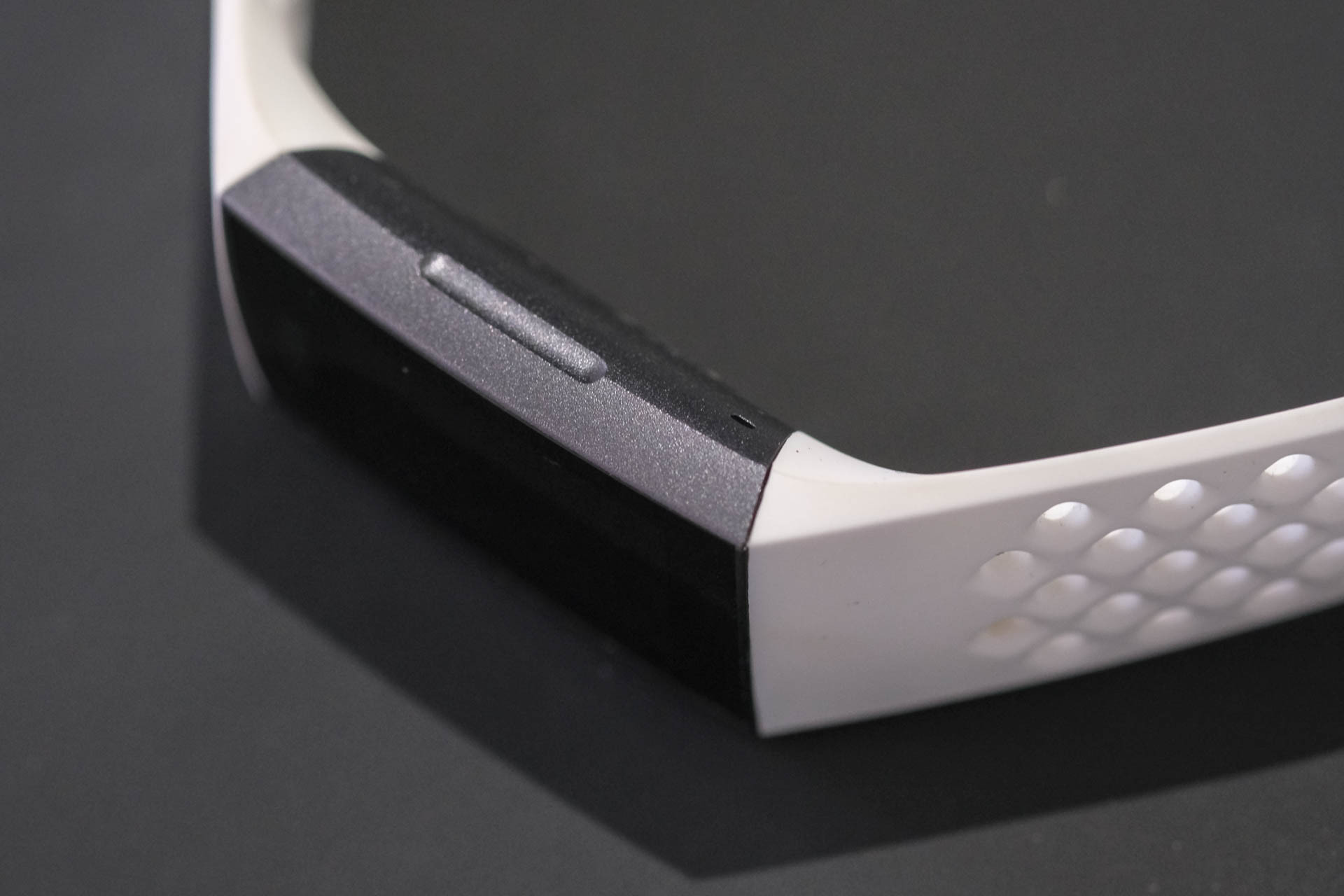 Unlike many smartwatches, trackers tend to be slimmer and more comfortable. You must be able to travel many blocks on foot and sweat many litres without it feeling uncomfortable. And in this case, Fitbit’s nailed it.

The Charge 3 sits somewhere between the super slim trackers, like its Alta and Garmin’s recently released Vivosmart 4, and bigger devices with displays that take up most of your wrist, like the majority of smartwatches or the Fitbit Ionic or Versa.

At a mere 19.9mm x 34.5mm, the OLED display is big enough to swipe through menus and see clearly in direct sunlight, while not being heavy or flashy. The only minor issue we experienced with the Special Edition is inputting the PIN code to access Fitbit Pay. The UI is wonderfully fluid, and they’ve done a stellar job at adapting it for an elongated display, but scrolling through numbers to input a four-digit code is tedious. The Charge 3’s body is light and the silicone wristband is soft — so the comfort department is sorted. Of course, you’re able to customise your tracker with a variety of different wristbands and Fitbit always nails the wristbands. The Charge 3 comes with a black strap and a dark grey aluminium body or with a blue/grey strap and rose gold aluminium body, but you can switch out the bands for different colours. The white perforated Special Edition that we got to test had an extra solid black strap included in the box. You know, for unintended (str)accidents.

The Charge 2 had a physical button on the side, but the Charge 3 does away with the physical button and has a small groove that acts as a haptic feedback button. It’s so satisfying to get that reassuring buzz when moving back to the home page. Although the features seem limited, and the personalisation options like faces aren’t as varied as you’ll find on a smartwatch, the Charge 3’s minimalism is nonetheless welcome in an otherwise very cluttered world.

Let’s explain — to give your Fitbit a face, you can only choose from less one of 10 different clock faces with your preferred combination of analogue or digital time-telling and a selection of stats-at-a-glance. This keeps the experience simple and focused on the stats rather than looks. The face also doesn’t display colour — but the UI design is done so well that it doesn’t feel like a device from the ’90s.

Swipe down from the main screen to view notifications, most of which you can click on for more info. All the notifications, from emails to fertility apps, are easy-to-read and if you need more detail you can always open the app on your phone.

When you swipe up, you’ll see a ‘Fitbit Today’ feature, which lets you set personalised goals and allows you to see your stats. To the left you’ll find the main menu, and this is where you view the main apps. The Charge 3 can do many things like show notifications, buzz when your phone is ringing, and even track stress levels. But one thing it does really, really well is fitness tracking.

Some activities need to be started manually, as the tracker won’t always pick up that you’ve started a practice — especially with things like yoga and pilates — on it’s own. There is, however, automatic workout detection for running, swimming and elliptical training. We found in our testing that automatic swim- and run-tracking kicked in effectively, but elliptical exercises didn’t, so we had to start them manually. Those who like running outdoors, hiking and cycling will be disappointed that there’s no GPS on-board the Charge 3. But given there’s no on-board music that’s not a surprise. This isn’t a device you’d expect to take out while you’re working out without your phone.

The Charge 3 has 24/7 heart-rate tracking thanks to an optical heart rate sensor — and the readings are very accurate. Although there is some lag in real-time when tracking heart rate during exercise, especially when hitting high intensities.

Sleep tracking is likely one of our favourite features on the Fitbit range (something smartwatches cannot keep up with due to battery challenges). After a night’s sleep, you’ll find the night’s stats neatly organised in a graph — you’ll see stats for time awake, REM sleep, and light- and deep-sleep stages.

Battery and waterproofing: I can go all week, bro A very welcome update from the previous Charge 2 is waterproofness. Which isn’t only ideal for swimmers, but for shower-ers, bathers, sauna-ersa and anyone else who likes to get a bit damp. Waterproofing is available up to 50m — which is ample unless you drown out at sea, in which case your Fitbit’s waterproofness is the least (and last) of your worries.

Fitbit says that you can expect up to seven days of battery life from the Charge 3. We get between five and seven, depending on our gym-motivation for the week. But generally we’re looking at a once-a-week charge, which is pretty good. The Fitbit Charge 3 is an easy-to-use tracker that’s a perfect size, comfortable for all-day and all-night wear, and good at tracking general fitness and sleep.

The main problem? It feels very similar to the fancier Versa (which thanks to recent price drops costs around R3,700). The regular Charge 3 is priced at R3,000, with the Fitbit Pay-supporting Special Edition clocking in at R3,500. Given the minor difference between that and the Versa, the only reason to recommend the Fitbit Charge 3 is if you prefer slimmer wristables with longer battery life.

Fitbit has done a great job with the Charge 3 and if you’re not ready for a smartwatch or thing the feature are overkill, it’s one of the best activity trackers out there.