Japanese carmaker Nissan has revealed the latest in its Leaf range of electric vehicles (EVs) — labelled the Leaf e+ — at CES 2019. The new model features a few welcome updates to last year’s model, including up to 40% more range and quicker charging. 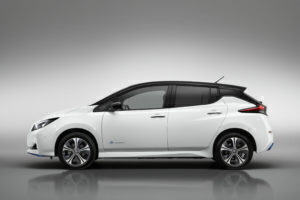 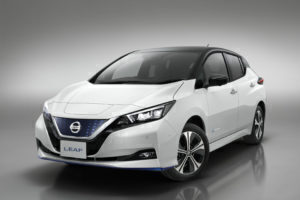 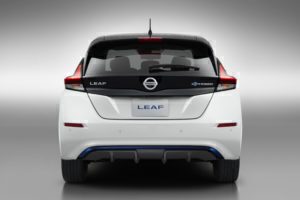 The electric motor in the Leaf e+ now has a range of 458km — up from just 322km on the previous model. This is thanks to a new high-capacity battery and a more powerful motor. This combination enables the Leaf e+ to produce 160kW of power and 340Nm of torque. The range also puts it almost on-par with the upcoming Jaguar i-Pace that has a range of 470km (and a price-range of about triple that of a new Leaf).

According to Nissan, the larger battery on the e+ will take the same amount of time to charge as the previous model. The faster charging is thanks to a 62kWh battery pack, and some sneaky new fast-charging tech.

Design-wise Nissan hasn’t changed much, but there are some visual alterations. The Verge mentions that the new version looks “far more approachable”. We agree, because this version doesn’t feel like something the designers attempted to make ‘futuristic’ in any way. The e+ is a welcome refresh of one of the few EVs that are actually readily available in South Africa (although we haven’t seen a new Leaf in a couple of years, so we’re holding thumbs we get the e+). The upgrade offers Nissan’s ProPilot semi-autonomous driver assistance tech that helps the driver keep the car steady in-lane. ProPilot can also perform emergency stops based on the activity of the car in front. We’re guessing something like an unexpected taxi-stop in the middle of Jan Smuts should prompt an autonomous halt, which should save you some panel-beating costs.

Pricing of the Nissan Leaf e+ starts at ¥4,162,320 in Japan, which translates to roughly the same price the Leaf retails for in SA. Will it come to South Africa? EV infrastructure is getting a lot of attention of late — with Jaguar installing 82 charging stations countrywide in anticipation of their upcoming i-Pace. Meanwhile BMW’s looking at all sorts of electric options, and Mercedes-Benz is promising a roster of EVs in the local market soon, too. Elon Musk has even mentioned potentially opening a Tesla dealership here. This could translate to more EV manufacturers deciding to enter the South African market and, hopefully, existing ones like Nissan bringing its new toys for us to play with.