Samsung has announced that Samsung Pay, its mobile payments solution that launched with Standard Bank and Absa earlier this year, is now available on the company’s recent wearable devices, specifically, the Gear Sport, Gear S3 and Galaxy Watch.

The Korean electronics giant has confirmed the service will be coming to five more banks in 2019, including the recently announced Discovery Bank due to launch in March. In the interim, because Samsung Pay is app-based, it will also work on a range of non-Samsung, Android handsets. So if you bank with Standard Bank or Absa, and want to take it for a spin, hit the Google Play Store to see if your device is supported.

To use Samsung Pay on the Gear Sport, Gear S3 or Galaxy Watch, launch the Galaxy Wearable app on your phone, tap ‘open Samsung Pay’ and follow the instructions to register the card you’d like to use with the service (you only need to do this once).

Then, to make a payment with your wearable, press and hold the ‘back’ button for about a second. If you’ve registered more than one card you can then scroll through them, choose the one you want to use, and then tap ‘pay’. Place your wearable close to the POS machine/card reader, and your payment will complete. 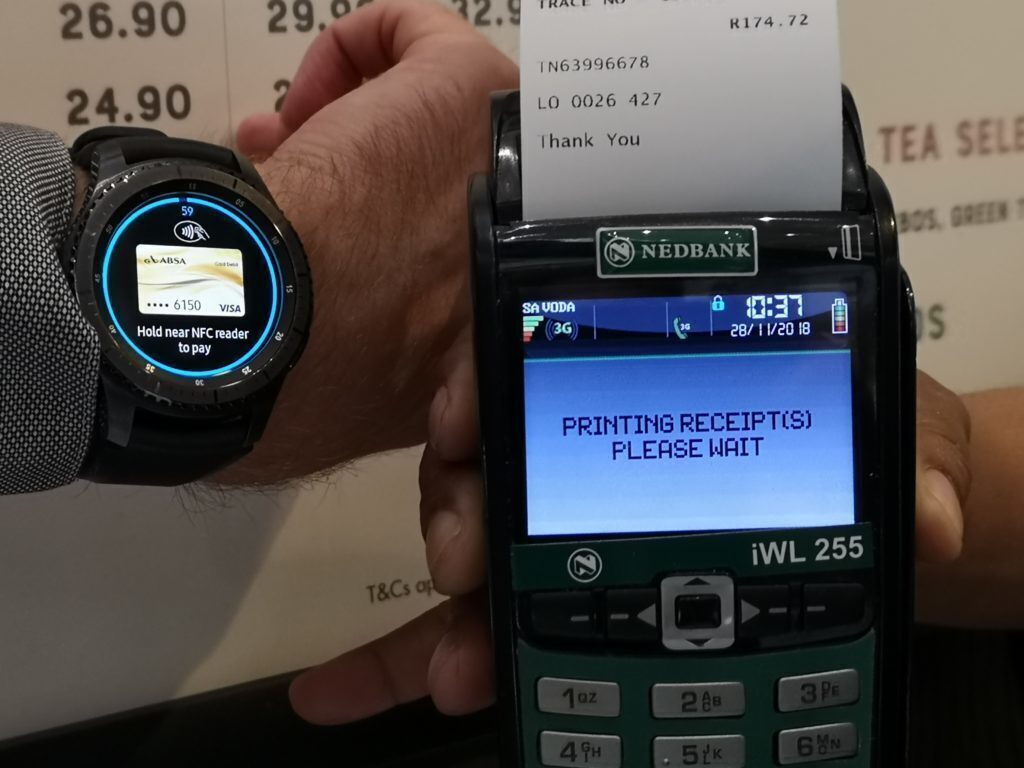 Get ready to blow cashiers’ minds as you do the last of your festive shopping.