The MTN Business App of the Year Awards is a chance for enterprising app developers to gain recognition and reward for their work but as important as it may be for the devs – who do a fantastic job year after year – it’s the folks who don’t really do much in the initial stages who get the most benefit.

Previous winners include Shyft, Domestly, Wumdrop, and Live Inspect – all services that have gone on to become enormously useful to South African users. MTN Business announced their App of the Year winners earlier this month, showcasing the best that South African developers have to offer and giving us a preview of the services that will go on to become part of our lives in the months and years to come.

Here’s a brief rundown of the MTN Business App of the Year Awards winners for 2018, as well as exactly why they’re all so awesome. 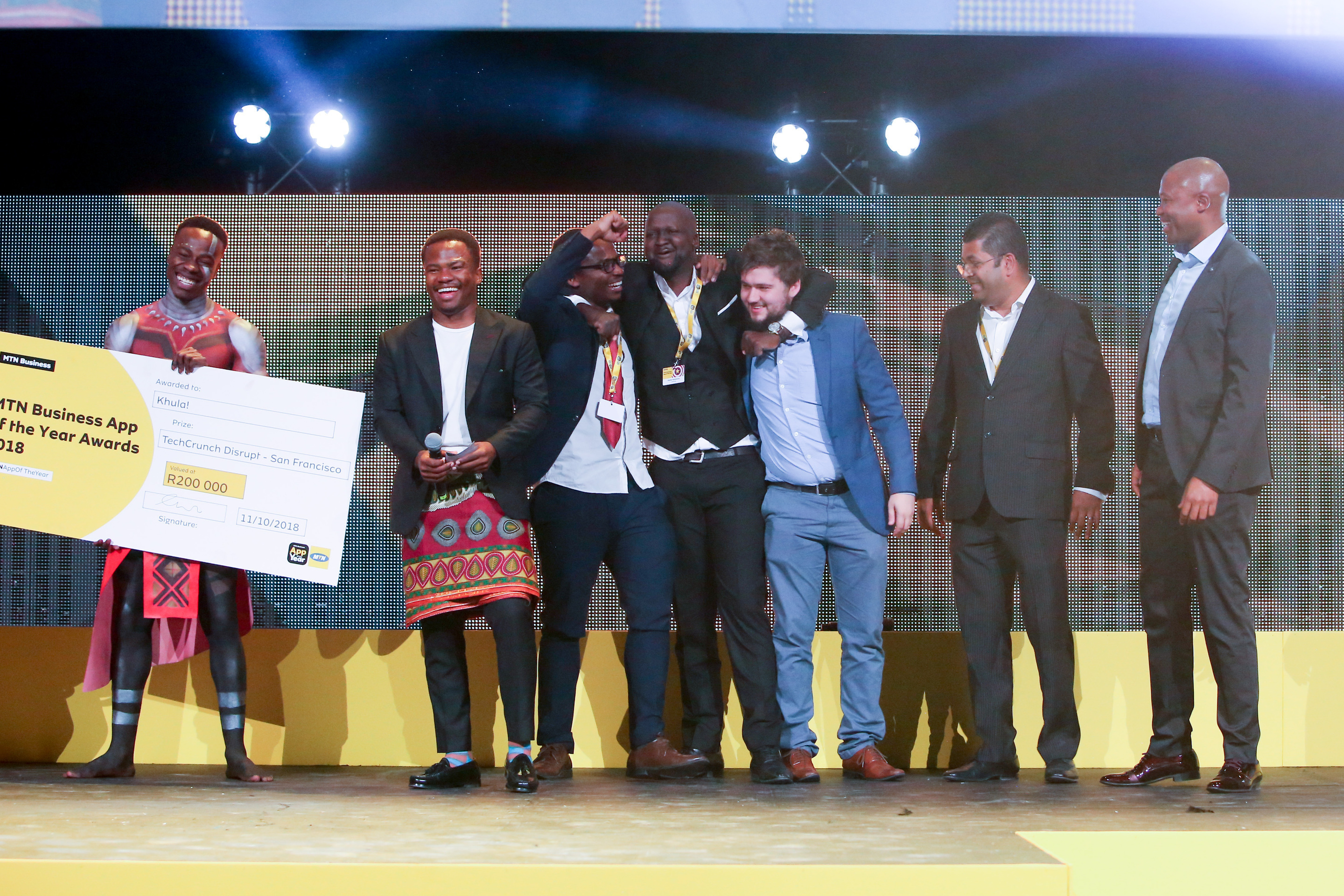 Khula! was the big winner at this year’s MTN Business App of the Year Awards, scooping up the Agriculture Solution category as well as the overall top spot – and the resulting R200,000 trip to TechCrunch Disrupt in the States to secure some overseas investment for their idea. What prompted awarding this to Khula!?

Okay, that’s long enough. Khula! has been designed to make life far, far simpler for farmers in South Africa and around the world. It’s a software platform that allows buyers from all over to place orders with farmers – even those who traditionally haven’t had simple access to the marketplace – and also provides avenues for contractors to complete deliveries. Basically Khula! is a combination e-commerce and Uber-for-veggies solution – something we never knew we wanted from a service. Pineapple is insurance for the Bitcoin generation – a decentralised insurer that used the funds of its members to pay claims of those same members. Pineapple combines the functions of an insurer and a social network, oddly, resulting in an arrangement where premiums-as-payouts can be shared among a group of users who know and trust each other. Or you can forgo the links and just share your premiums with the community at large. Anything that isn’t used up in a Pineapple user’s wallet (where all premiums live) at year-end is returned to the user. Just in time for presents.

A version of Cowa Bunga is currently being rolled at Nando’s restaurants, and if it’s good enough to SA’s snarkiest eatery, it’s good enough for the rest of the world. Cowa Bunga is a way of optimising “the last mile supply chain” using a range of smart technologies. It can be custom-fitted to suit most logistics chains but focuses on that last little bit – getting what you have to where it needs to go, quickly and securely.

If you’ve been wondering where the future of training lies, it’s with places like Digemy Knowledge Partner, an app that tracks learner (or trainee) information retention via algorithm and builds unique profiles for that particular user. The short version that that learners can be taught in such a way that they retain the maximum of information with the minimum of effort – which makes way for more education, faster. And nobody’s ever had too much education… expect maybe those folks who never leave varsity. Digital assistants are all the rage these days so it was only a matter of time before we got a local version. Bestee is the creation of 18-year-old Emile Ferreira and the program is an offline virtual assistant – rather than connecting to a central server where all the smarts are hosted. Powered by machine learning algorithms, Bestee has been praised for its responsiveness. We’re not fans of lag so this sounds mighty good to us.

The stokfel is a very South African thing – a group of folks who pool their money for a common reason. StokFella has digitised this process, letting users manage just about every aspect of a stokfel from a single location: a web browser. There are free and paid tiers of access, meaning that anyone can get involved. No additional fees needed.

This year the Women in Science, Technology, Engineering and Mathematics (STEM) Solution was taken by Difela Hymns, an app that collects various hymn books in a variety of languages: Sesotho, Tswana, Venda, Tsonga, and Xhosa. The app has a practical component, being a digital hymn book, but it also functions as a digital chronicle of a portion of South African history.

In case you weren’t already convinced that eSports is the next big thing, MTN Business’s App of the Year Awards have given a gaming league the Gaming Solution win for 2018. On Android only for now, the Africa Cyber Gaming League’s app is a simple way to track and connect to online gaming tournaments, live events, and get info on what your favourite local eSports teams are up to.

Ask any old metalhead what they regret most about their lives and they’ll probably say, “Huh?” Because their hearing is a little shot. dbTrack is a combination headphone and app setup that tracks volume levels and keeps them at a safe level, in real-time. That info is tracked and stored, and advice is given to users in order to educate them about safe listening volumes based on their preferred tunes. The end result? Musos who can still hear without needing bone-conduction headphones.

One of the skills in the greatest demand in South Africa is mathematics but it’s an ability that isn’t covered as well as it could be in this country. Far too often it os the basics that are neglected and when that foundation is weak, it’s difficult to build on. Xander’s education app has improved on its previous developmental-stage Xander 123 math and counting skills app with Xander English 1-20, focusing on basic arithmetic skills for kids about to enter so-called ‘big’ school. There’s a bit of a saying – you don’t need insurance, until you do. Ctrl, an app that is still in the testing phase, is designed to make getting and comparing insurance quotes simpler and easier – like Hippo, without the risk of getting your phone number stuck in a call centre database in perpetuity. Shopping for insurance is far easier if you don’t have to haul around reams of documents and talk to actual people – in person and on the phone. Ctrl allows its users to do just that, which is why MTN Business gave it the award for Best Financial Solution.

That’s a whole lot of forward-thinking. Don’t be surprised to see some (or most… or all) of this field rising to even more prominence in the lives of South African users. And if you’re an enterprising developer looking to make your mark while also improving the lives of those around you, get your coding fingers moving. MTN’s App of the Year Award will be back next year – you will want your app in working order when entries open in 2019.