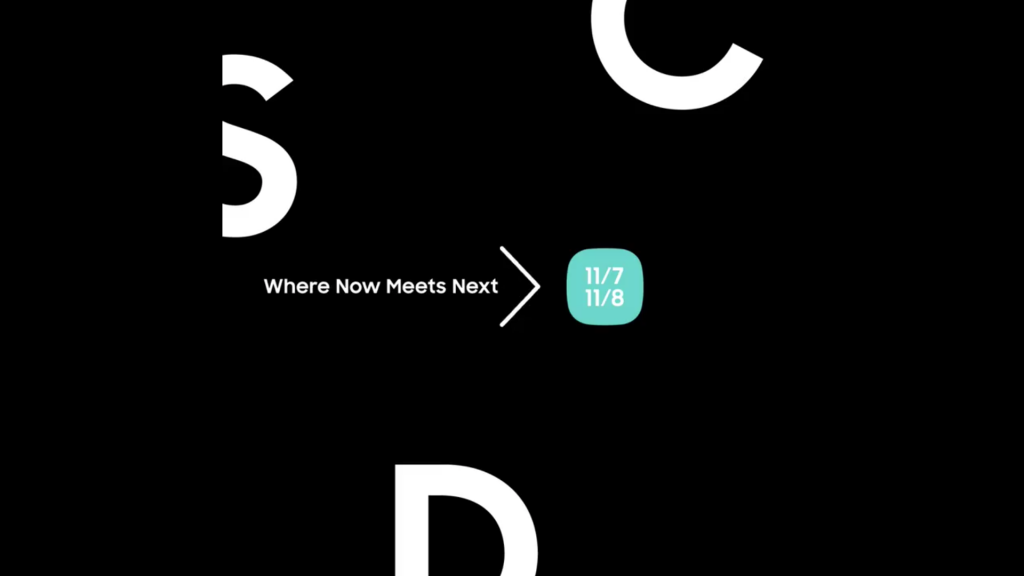 We’ve long been expecting Samsung to debut its foldable smartphone, whatever it turns out to actually be. Earlier this year we were convinced that Samsung’s device would be making its first appearance this year. Later, CEO DJ Koh confirmed that their first crack at something different would appear soon. Now Samsung has teased the reveal, which is expected to take place at the Samsung Developer Conference in San Francisco in November. Or as we like to call it: next month.

Looking back, this is about what we were expecting. There’s only really one big reveal window left for the company and it’s at their year-end dev-focused event. We’re sure the fact that it’s a week or so after Apple’s imminent 30 October event (with a possible product launch a week later) has absolutely nothing to do with it, though Samsung may be just a little gleeful at the thought of stealing some of Apple’s thunder.

The crossroads between the present and the future – Samsung Developer Conference is where you’ll meet the knowledge needed to stay on tech’s cutting edge. #SDC18
Learn more: https://t.co/t66edOWIUi pic.twitter.com/bDZHuZVWee

Samsung’s teaser tweet promoting their conference (above, for the unobservant) only hints at their folding smartphone in the animated clip. The tag line “Where now meets next” alongside a horizontal line that open into a v-shape and then into a vertical line seems like a pretty straight reference to the company’s foldable device.

What we still don’t have is any clue what it’ll actually look like — a rare occurrence for Samsung. Usually the company is leakier than a boat made of sieves. If they’re true to form, we might get our first look at the device some time next week. If they manage to keep their secrets er… secret, then we’ll to have to wait for 7 and 8 November to see what Samsung has been cooking up. Either way, we’ll be watching.