It’s been a week since Huawei launched its Mate 20 Pro smartphone in London, and early indications are its triple rear camera setup might make it this year’s phone camera to beat. We’ve been snapping all sorts of test shots to see whether the results live up to Huawei’s marketing hype, and off the bat we can tell you this: with its ultra-wide, wide, zoom and macro chops, it’s so flexible a shooter it’d make a yogi master (or assassin) jealous.

The images below have been uploaded at full size for the pixel peepers among you who might want to download them and zoom in close. We’ve not edited the pics at all, either, so if they’re a little skew or questionably exposed, know that we fought the urge to correct those imperfections for the sake of authenticity. 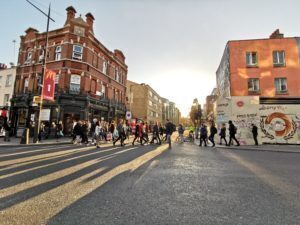 While on the long end of things the Mate 20 Pro inherits the 3x optical and 5x hybrid zoom skills of the P20 Pro, it’s on the wide end of the spectrum that things get really interesting. To date, it’s been LG that’s dominated the market for users wanting ultra-wide cameras on their smartphones. Like LG’s efforts, there’s an understandable loss in sharpness towards the edges of the frame when shooting wide and the risk of a bit of chromatic aberration, but we’re willing to forgive Huawei (and LG) for the creative flexibility an ultra-wide angle offers (16mm in 35mm terms, in this instance). Get a little closer

The ultra-wide angle camera is also the one that enables Huawei’s macro mode, which allows one to shoot from as near as 2.5cm from a subject. As with macro lenses on DSLR or mirrorless cameras, often the challenge with Huawei’s effort is getting close enough to the subject without engulfing it in shadow from the device. Those technical challenges aside, the level of detail is impressive. As with conventional macro photography, the other challenge is wrestling with the shallow depth of field macro mode offers. But having the option to get so up close and personal with a smartphone at all is extremely impressive. If much has changed between the zoom setup on the P20 Pro and the version deployed in the Mate 20 Pro, we can’t see it. Like its predecessor, the Mate 20 Pro handles admirably at 3x zoom (though zoom in close and the pixels do have the characteristic Huawei fuzziness), but getting good shots with the 5x hybrid setting requires good light, steady hands, and preferably stationary subjects. Plus, image quality (and file size) drops substantially. It’s a great option to have nonetheless, and wonderful when it works, but wildlife photographers won’t exactly feel compelled to give up their 600mm lenses any time soon.

What’s much more impressive, though, is Huawei’s ‘Night’ mode. It works at all focal lengths, snaps multiple images, stacks them on top of each other, and produces the best after-dark shots we’ve seen from a smartphone. For examples, see the shots of Tower Bridge, the Tower of London and The Shard below. 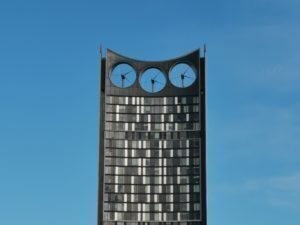 Switch to the ‘Pro’ mode in the Mate 20 Pro’s camera interface, dig around in the settings, and it’s possible to shoot images in RAW. We’ve not done that, because we don’t want massive image files clogging up our device… and we hate post-processing. But more importantly, we don’t imagine many end users will be doing so. However, it’s good to know the option is there, should we ever decide to up our mobile photography game. And those with more inclination to “fix it in post” will be pleased. What our selectively critical eye is pleased to see is that Huawei appears to have dialled back the heavy-handedness with the saturation slider for general shots (though there’s still a touch of it, and purples and blues are especially prone to looking unnatural), and the front-facing camera’s beauty mode seems to have been reined in a bit, too (though, even when dialled down to nought our faces still look smoother than we’d expect). We’re still getting to grips with the rest of the Mate 20 Pro’s features, but a week into snapping with it, we’re thrilled to report the hype is not misplaced — if you’re looking for an all-in-one mobile photography solution and you don’t mind paying flagship prices for it, the Mate 20 Pro definitely deserves a look in. Colours may be imperfect, and the edges of ultra-wide shots might be soft, but that’s the nature of mobile phone cameras (which is good news for the likes of Canon, Fujifilm, Nikon, Sony et al.).

Moreover, many consumers may actually prefer Huawei’s handling of colour to Apple’s ultra-realist — and sometimes a little flat — approach. And while detail suffers on close inspection, when most images are posted to compression-happy platforms like Instagram it probably doesn’t matter. Huawei’s done an admirable job with the Mate 20 Pro’s snappers, and we’d be surprised if it doesn’t prompt rivals (aside from the trailblazing LG) to go wide with the next iterations of their flagship handsets.