For anything and everything camera and photography related, Germany’s Photokina is the event to watch. This year’s event had plenty of fascinating pic(k)s. These are the best of them. The ZX1 has a 37.4MP full-frame CMOS sensor and a 35mm/f2 lens in a compact body. The camera has 512GB of internal storage but has no memory card slot for expandable memory… still, as that’s bigger than any of the SD cards we own, we’re not complaining.

It mixes physical controls with a large 4.3in touchscreen to navigate settings and the built-in Photoshop Lightroom CC. We have no details on pricing yet, sadly, as it’s still in its concept stage. The Fujifilm’s GFX 50R is at its heart a redesigned variant of the medium format GFX 50S, but repurposed in a rangefinder-style body. Check out our full story here.

Alongside the GFX 50R announcement, Fujifilm said that Phase One’s Capture One software will now support its medium format cameras both for Raw development and tethered shooting.

Sony jumped ahead of the event Fortunately, Sony Africa just announced that we will get the Alpha a9 locally. It’s a 24MP, full-frame mirrorless camera with a unique full-frame stacked CMOS image sensor. The a9 can also shoot at full speed with no viewfinder blackout. Fujifilm Instax cameras have dabbled with digital before, with mixed results (the SQ10 was basically a crummy, sluggish digital snapper with an instant printer attached). Now they’re dabbling again.

The Fujifilm Instax Square SQ20, can shoot digital images and video — and when we say video, we mean a max recording of 15 seconds at 5 frames per second without any sound.

These sound ideal for Insta-stories or Facebook, and aren’t for the hardcore videographers. But the feature is designed in conjunction with their new ‘motion mode’, which allows you to find the perfect frame in the footage… and then print it. Last week the L-Mount Alliance between Leica, Panasonic and Sigma was announced — which enables the new partners to use Leica’s L-mount in their upcoming cameras and lenses.

Panasonic’s upcoming S1R and S1 full-frame cameras as well as three new lenses will feature the L-mount, with seven more lenses to be launched by 2020. Sigma announced that they will launch a full-frame camera in 2019 using the L-mount and the company’s Foveon sensor, as well as a range of L-mount lenses and adapters for Sigma SA and Canon EF lenses. 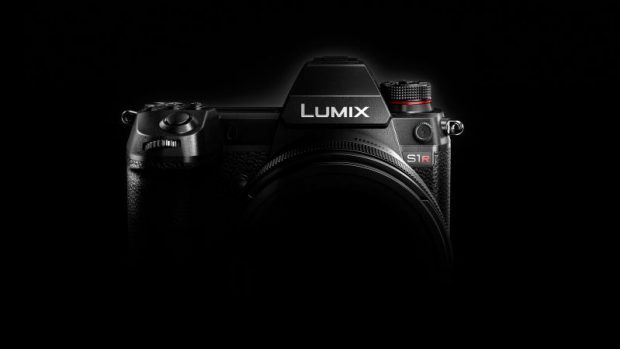 Although they’re still concepts, the Lumix S1R and the S1 was announced by Panasonic last week as the company’s first full-frame systems. Both will feature in-body stabilisation — something that could make stabilisation gimbals obsolete in the future.

The S1R is a 47MP high-res model, while the S1 is a more flexible 24MP camera — both offer the in-body image stabilisation tech and can shoot 4K video at up to 60 frames per second. We’ll likely know even more about these two come 2019.

With the rise of smartphone photography, it’s certainly getting tougher out there for dedicated camera makers. At the same time, though, smartphones mean more casual photographers looking to up their game, which means more enthusiasts as interested in the latest camera developments as the pros.

In a few short months we’ve gone from only Sony having a mirrorless full-frame to Nikon and Canon both announcing their own, now joined by others. Fujifilm, meanwhile, is sticking to APS-C for its mass-market cameras and doubling down on mirrorless medium format snappers for the pros.

Then there’s the ever improving sensors and software that make it easier to take pics we’ve never dreamt of before. If you’re even remotely interested in photography, Photokina 2018 suggests there are plenty of great developments to come.